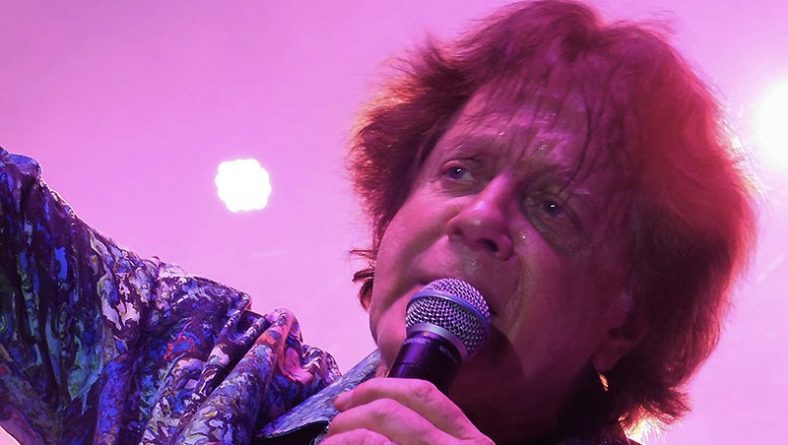 (Eddie Money brought down the house to end LiUNA’s Bluesfest Windsor on Saturday night, July 14, 2018. Photo above by Robert Tuomi / Eyes On Windsor.)

If there is one thing about famed seventies and eighties beloved rocker Eddie Money it is motion. Rarely does he slow down despite being 69 years old. But with a train of hits to deliver, there was no stopping him Saturday night at Bluesfest Windsor.

His chart topping songs, like “Take Me Home Tonight,” and “Two Tickets to Paradise,” are so well known he could actually stop singing. Almost all of the audience could quickly full in the void, an experiment he tried more than a few times to their delight. Just knowing Money was in the house was enough for them to take on filling the blanks. 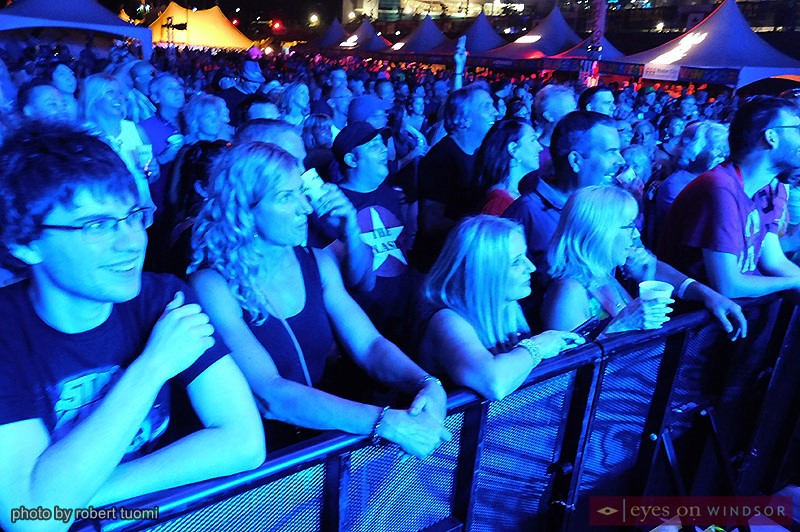 Music fans lined the stage fence at Bluesfest Windsor to get as close to Eddie Money as they could on Saturday, July 14, 2018. Photo by Robert Tuomi / Eyes On Windsor.

In a departure from singing, in the middle of his set, he brandished a Canadian flag and talked of his respect for the nation’s military men and women. This after he was inspired by a Pets for Vets brochure. The organization matches dogs with veterans to help them deal with such after battle conditions as post-traumatic stress disorder.

He told Patch.com on April 16, 2016 about a visit to an, “Animal Hospital because our dog had unexpectedly passed away in the middle of the night and we took him there to be cared for posthumously. For several months, we had been looking for a new charity that focuses on our military. While at the animal hospital, we saw a brochure for Pets for Vets in the lobby. It was a bittersweet moment when we realized that there was a perfect cause that would allow us to pay homage to the passing of our sweet Bassett Hound, Bubba.”

Money is somewhat of a late bloomer. His first hit, Baby Hold On, hit the charts in 1978. He was 28 at a time at which many rock bands were winding down. Late start or not, he never looked back. To get there he also broke with a family tradition of sorts, that of serving as a member of the New York Police Department. Edward Joseph Mahoney, as he was known at birth, actually did study law enforcement but, unlike his grandfather, father and brother, elected to follow a music path instead. 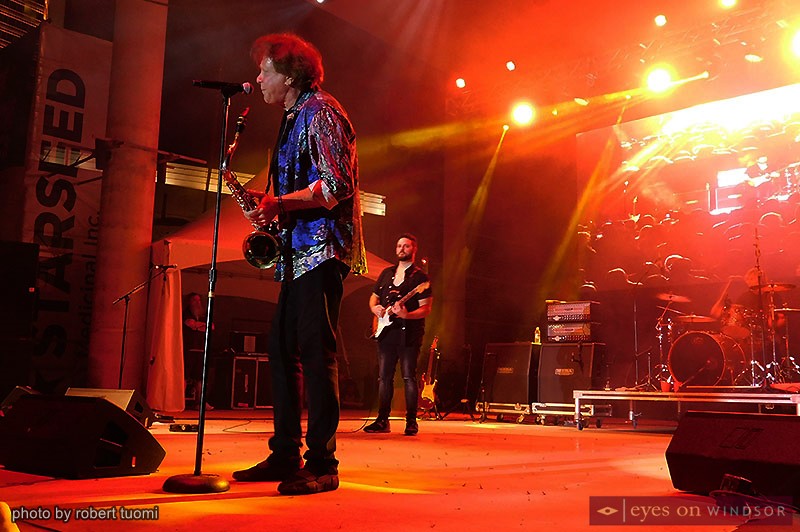 Eddie Money wowed the Bluesfest Windsor audience with his saxophone when he headlined the festival at Riverfront Festival Plaza on July 14, 2018. Photo by Robert Tuomi / Eyes On Windsor.

These days he is a bit of a broadcast celebrity in the style of Ozzy Osbourne. His new television show Real Money, on the AXS cable network, was just renewed for a second season. Viewers follow life with Eddie, his wife of 30 years Laurie and their five children. In an opening video, Money reveals that three of his boys are now members of the Eddie Money band and were on hand at Bluesfest to back their famous father.