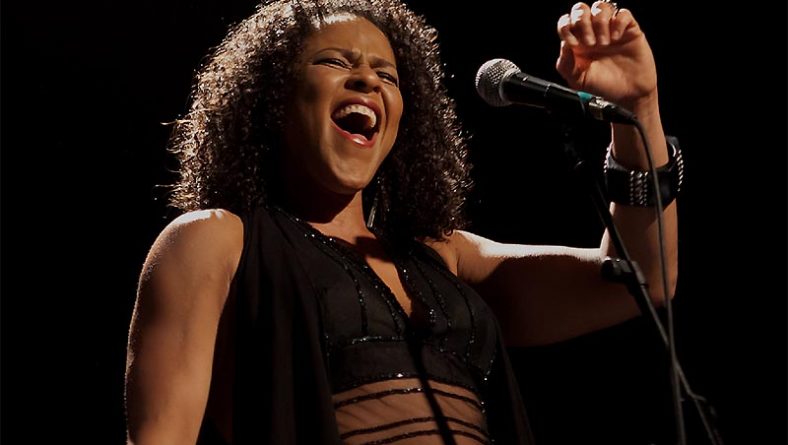 The Canada South Blues Society will host this eclectic blues jazz diva performing with the Ben Racine Band at Windsor’s RockStar Music Hall on Friday, May 25, 2018.

Born in England and raised in Ontario, Dawn Tyler Watson earned her Bachelor of Fine Arts in jazz studies and theatre from Montreal’s Concordia University. She settled in Montreal where she is a well respected performer on the city’s vibrant Jazz scene. When not on tour she performs and collaborates with some of Montreal’s finest musicians. In addition, she teaches vocal expression and improvisation workshops.

An accomplished and dynamic performer, Watson’s fiery stage presence has earned her national and international recognition.

In 2017 along with her backing band The Ben Racine Band, Dawn took home the coveted 1st place spot out of over 260 acts at the 33rd International Blues Challenge, in Memphis TN. She’s also the recipient of three Canadian Maple Blues Awards and nine Quebec Lys Blues Awards. She’s earned the Screamin Jay Hawkins Award for Best Live Performance, a Trophées France Blues for female International Artist of the Year, and a Canadian Folk Music Award nomination for Best Vocalist.

Her artistic style is an eclectic influence of Jazz, Soul, and Gospel pushes the boundaries of traditional Blues into a whole new dimension.

Her last album Jawbreaker! was nominated for yet another Maple Blues Award for Recording & Producer of the Year. She has just finished recording her fifth album, again with the incredible talents of the Ben Racine Band backing her.

Geoff Chapman of the Toronto Star says, “this utterly assured performer has you believing she’s a front-ranking country singer, a soul diva, a jazz warbler, a new adult contemporary specialist, a swing siren– as well as a basic blues belter.”