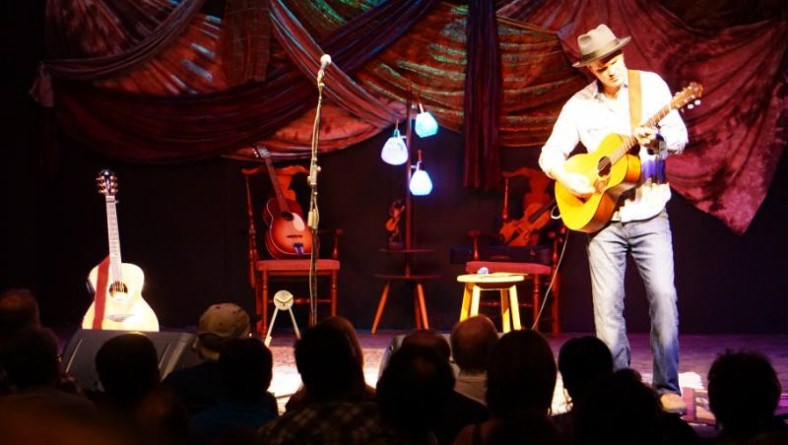 Road To Kingsville Folk Fest presented multi-award winner Dave Gunning to a SOLD OUT crowd on Friday, April 15 at The Bank Theatre. Gunning had the crowd on their feet for not one, but two standing ovations.

Over the span of his career, Dave Gunning has released eleven albums, received a Juno Award nomination and has been awarded two Canadian Folk Music Award nominations and recognized with eight East Coast Music Awards. Gunning is touring in support of his new album “Lift.” Dave was a crowd favourite at the 2015 Kingsville Folk Fest.

The evening was a joint fund raising effort and was presented by the Sun Parlour Folk Music Society (Kingsville Folk Music Festival) & The Sun Parlour Players Community Theatre (The Bank Theatre.)More concerts are planned for the 2016 concert series and will be announced at a later date.

The festival is a 3 day, 5 stage, ticketed outdoor celebration of all styles of folk music and will host more than 30 national and international performers, children’s activities, prominent artisans, local foods, Pelee Island Wines and craft beers.