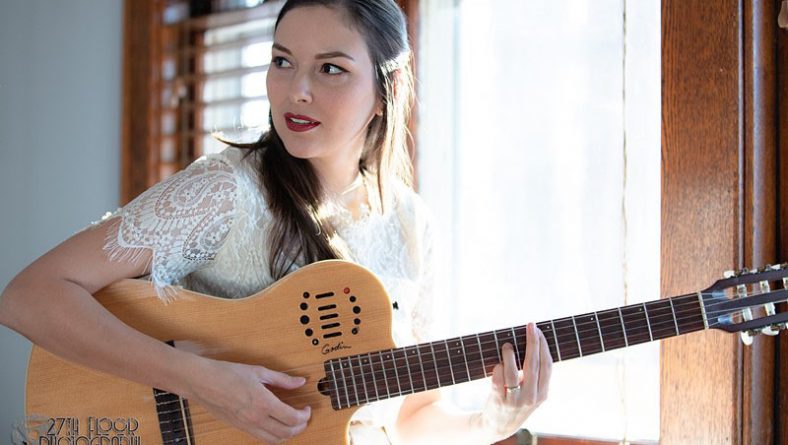 Nova Scotia native, the popular singer and songwriter Crissi Cochrane, now based in Windsor, Ontario, since just after the release of her 2010 debut album, Darling Darling, sat down with Eyes On Windsor’s Dan Boshart for an exclusive interview on Tuesday afternoon (Jan. 29).

In the interview Crissi talks about her upcoming new album release, motherhood, love songs, writing and recording personalized music as a service (perfect for Valentine’s Day gifts), the success of “Little Sway” in Italy, and more!

EOW: Hi Crissi, Happy New Year to you! 2018 was a pretty good year for you on a personal level! How is it being a new mother?

CC: It’s amazing! My heart is so full! I always knew I wanted kids but never really felt quite ready. I finally decided I wanted to get started before my 30’s, I’m 29 for another couple months, and it really feels like we picked the best time! I learned a lot and worked really hard in my 20’s and it’s making it so much easier for me to really enjoy this stage of my life and know that my career is here to stay. Since my daughter came three weeks early and I had some outstanding custom love songs to finish, I went back to writing and recording right after she was born. I went back to performing a few months later and have been working on my new album too.

EOW: Has motherhood affected your song writing, and if so, how?

CC: Motherhood has made me think about songs with a different lens. So many songs, for example, initially seem like they’re about romantic love, but could very well be about the love from a parent to a child. I love when a song can fit so many circumstances and be universal that way, and I’ve tried to incorporate that into my songwriting when I can. 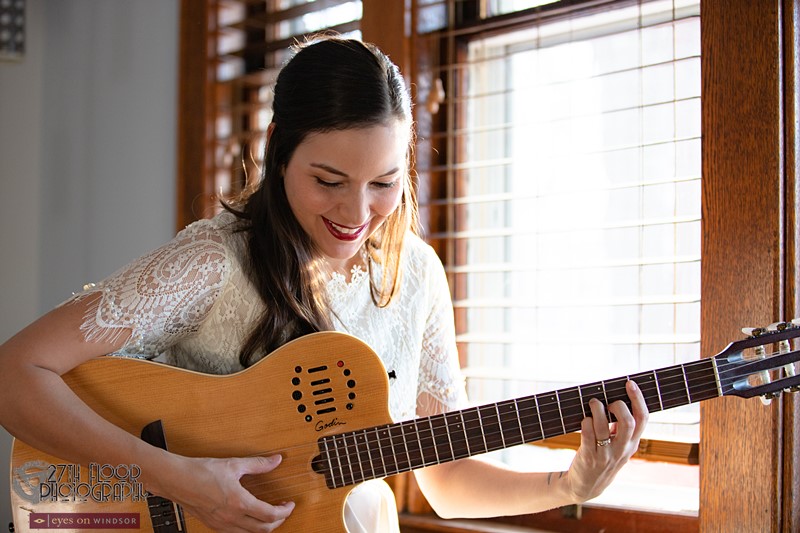 Crissi Cochrane playing her guitar inside her home during an interview on Jan. 29, 2019. Photo by Dan Boshart/Eyes On Windsor.

EOW: How is the new album coming? Do you have all the songs picked?

CC: I started working on this album several years ago and so many times I’ve started over. Finally it feels like we’re really in it and it’s really happening! The album will be eleven songs and I initially thought I would cut one of them since on other albums there were usually a couple tunes I wanted to cut but wasn’t able to for grant funding reasons, but this time it looks like all the songs are going to turn out. 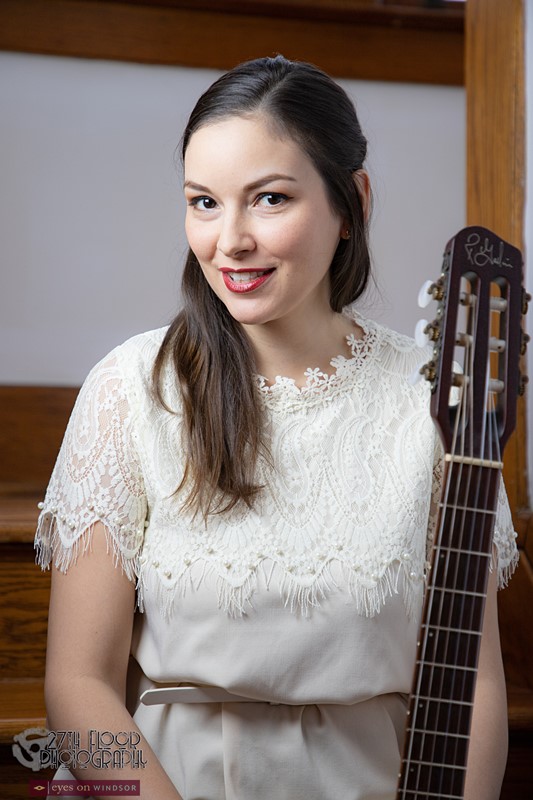 CC: I’ve written custom songs for all types of love, but the most common is for couples, especially couples getting married or celebrating an anniversary. I’ve also done songs for children from parents (some babies, some teens, some grown), and songs for parents and grandparents (including late grandparents). Those can be more challenging, since I think it seems a little harder for people to put down in words how they feel about their family members, but, where words fail, music speaks.

EOW: Do you have any custom songs that made it on the new album?

CC: Yes, two of the songs are custom love songs. I’m pretty excited for the people who requested those songs to hear how they sound, fully produced with a band and horns. 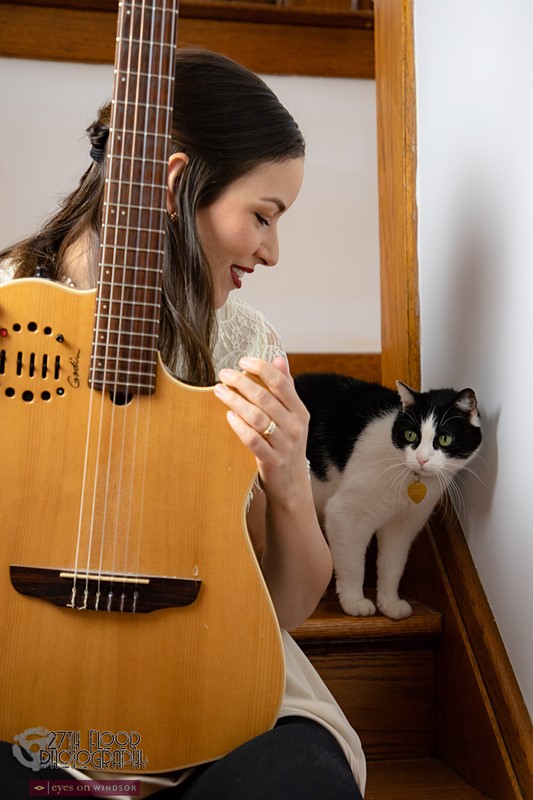 Crissi Cochrane with her pet cat inside her home during an interview on Jan. 29, 2019. Photo by Dan Boshart/Eyes On Windsor.

EOW: Valentine day is a couple weeks away. Is there still time to order a song and how much does it cost? What does someone get with a custom love song order?

CC: There is definitely still time! I can turn around a song in as little as a few days. I get people to fill out a questionnaire, and it’s a wonderful puzzle to take the most poetic and impactful bits of it and weave it into verses and a chorus. It can take a couple sittings to get everything to fit together nicely. Writing the music itself takes me just a half hour on average, and then the recording takes another couple settings to complete. The result is a professional quality recording, either acoustic or fully produced, with bass, drums, and extra parts performed by my husband, Mike Hargreaves (AKA Soul Brother Mike). All this can happen in the span of just a day or two, if my schedule allows. 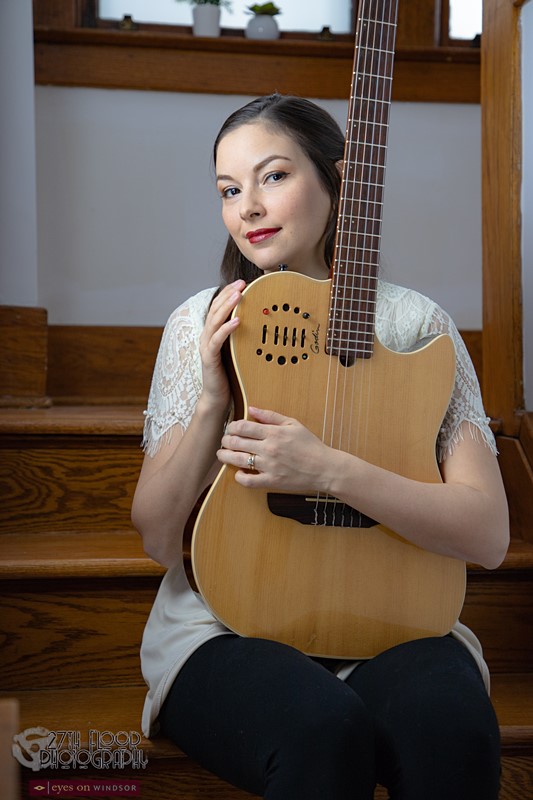 Crissi Cochrane holding her guitar inside her home during an interview on Jan. 29, 2019. Photo by Dan Boshart/Eyes On Windsor.

EOW: What do you charge for a custom love song?

CC: An acoustic song is $325, and a fully produced song is $525. I calculated my prices by looking at what other artists are charging for this type of service, and then cutting it in half, because I couldn’t believe how much others were charging! I know how hard most people work for their money, and I wanted to find a price that feels fair for everyone involved. There is a special right now until February 14 for 15% off with a promotional code that you can find on my website, www.crissicochrane.com. The fee also includes having a lovely CD version mailed to your door. The CDs look like mini vinyl records and are really very sweet.

EOW: I think that’s an amazing deal! It’s a personal gift that you really can’t put a price on, although you did. 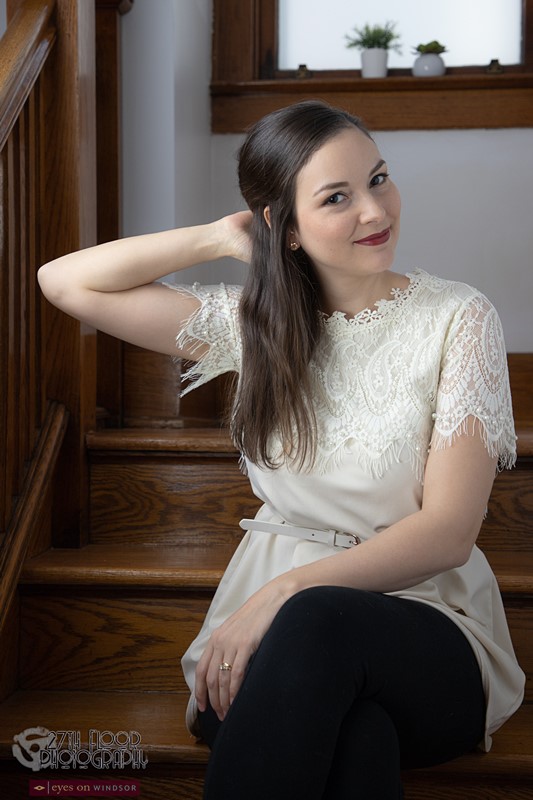 EOW: Your last album, Little Sway, was released as a special edition in the Italian market. Can you tell me how that is going for you?

CC: “Little Sway” had a special Italian release in October 2018, with “Sleep In The Wild” charting at number 74 on their national chart and number 62 on the independent charts. The publisher, Radiocoop, provides music to a network of over a thousand retail stores, restaurants, cafes, and other businesses around Italy, so this tune might be playing in the background of so many interesting places. It’s exciting to think about! 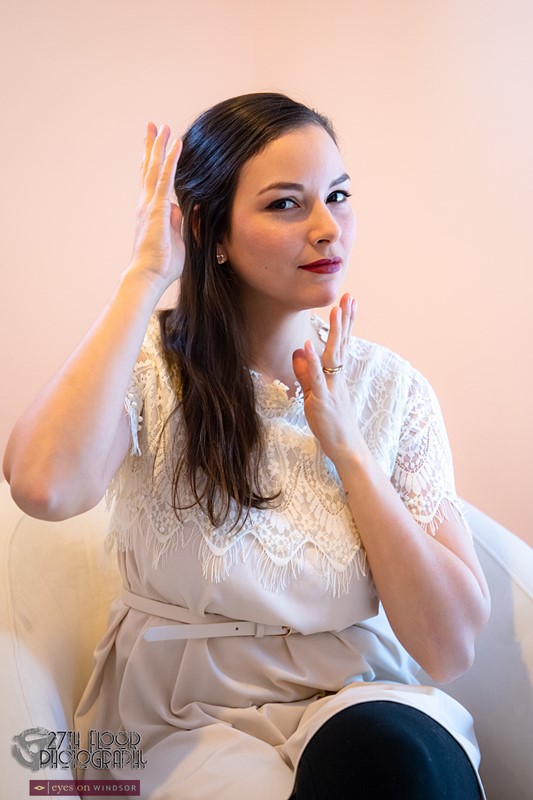 EOW: WOW! That’s terrific! I hope it does well for you! How has streaming been working for you? Have you been able to generate income on platforms like Spotify?

CC: I had a wild success with Spotify back in 2016 when my song “Pretty Words” went viral, thanks to their playlist “Your Favourite Coffeehouse” which featured the song for their 1 million plus subscribers. It remained there for about a year. It’s slowed down quite a bit since then, but I still get a little paycheque every month. I know streaming has really undercut album sales for artists and has drastically changed the business, but you won’t ever hear me say anything bad about it, since my royalties in 2016 were what I used to make the down payment on my first house last month. Streams are just fractions of a cent, but they really do add up!

EOW: Congratulations on that success, it’s good to hear! What are your hopes for this year besides releasing a new album, and when can we expect to see it?

CC: I’ve always prided myself on trying to play as many shows as possible each year, but I think this year will be a little different. The first eight months of my baby’s life have flown by, and I don’t want to miss a thing (side note: I have had so many cheesy ballads stuck in my head since she was born, and Aerosmith’s “Don’t Want To Miss A Thing” is one of them). It’s also an excellent example of what I was talking about earlier – it’s probably about romantic love but is actually uncannily perfect for a mama’s feelings about her little babe! I’m most looking forward to the shows I get to play with her in attendance. I’m so excited for the day when she can finally clap or dance along! And I’m glad that we’re working on the album at home so we can be together, and she can hear mama singing her heart out, and hear horn players filling our home with wonderful sounds. I’m not too sure when the album will be out, but I think a summertime release is a realistic timeline! 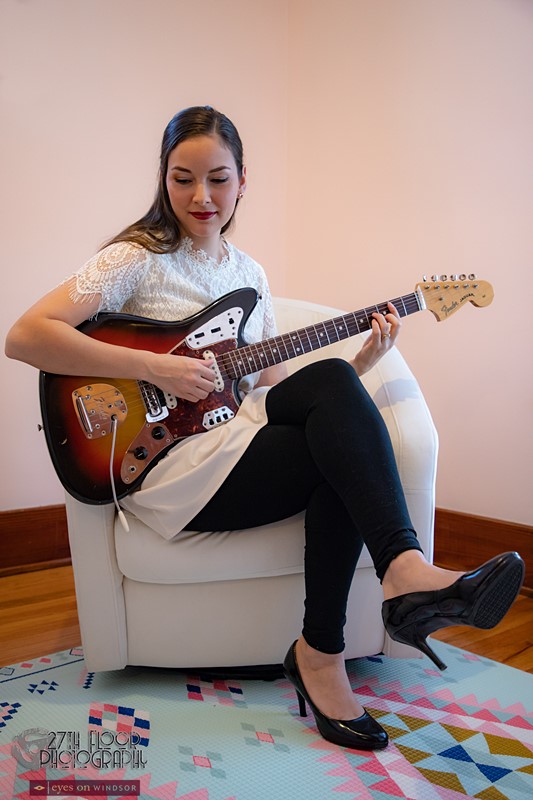 Crissi Cochrane playing her electric guitar inside her home during an interview on Jan. 29, 2019. Photo by Dan Boshart/Eyes On Windsor.

EOW: Thank you for taking the time to talk with me! I’m looking forward to hearing the new album and I wish you a very good 2019!

CC: Thank you so much!

If you’d like to learn more about Crissi Cochrane, find out about upcoming shows, buy merchandise or order a custom love song, her website is www.crissicochrane.com