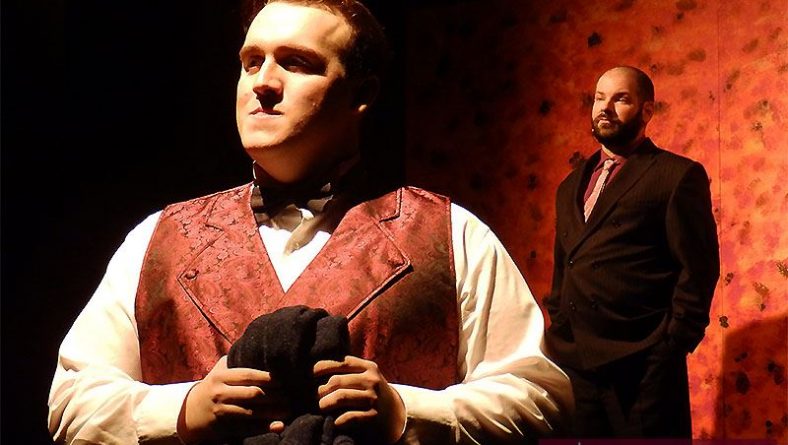 With the, “Johnny Appleseed of Crime,” in the House, trouble of theatrical proportions quickly follows. Such is the case with Cardinal Music Productions presentation of “Catch Me If You Can” playing in the Green Room Theatre at Catholic Secondary School E.J. Lajeunesse opening Friday April, 20.

(Above photo: Frank Abagnale Jr, played by Benjamin J Doncom, stands with his father in the background during Cardinal Music Productions’ Catch Me If You Can dress rehearsal. Photo by Robert Tuomi / Eyes On Windsor.)

It is a simple enough story of protagonist Frank Abagnale Jr, a teenager played to perfection by Benjamin J Doncom, on an adventure seeking race across the nation. His life is somewhat shattered after he comes across his mother with a visitor who is not his father. Much of Abagnale’s adventures are fueled by forged checks and include him meeting the love interest of his life and cleverly pretending to be something he isn’t, actually a lot of somethings, including a doctor, pilot and lawyer. 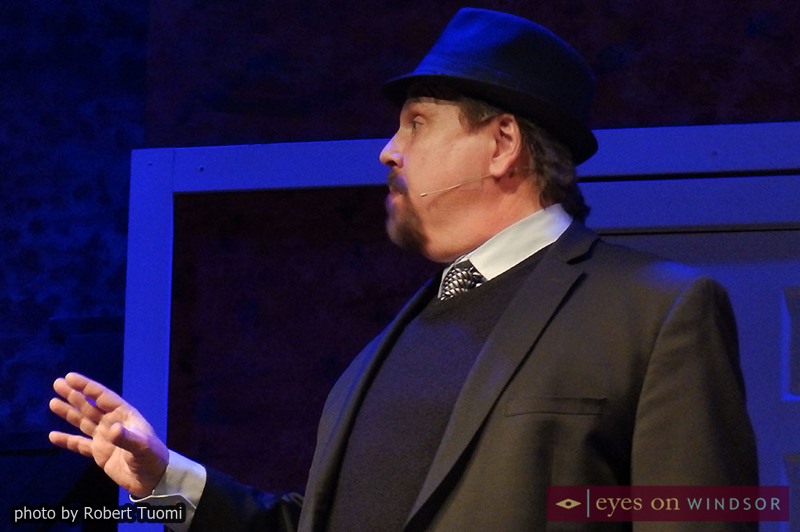 FBI Agent Carl Hanratty, played by producer Joseph Cardinal. makes a point during Catch Me If You Can dress rehearsal. Photo by Robert Tuomi / Eyes On Windsor.

But, as he literally flies across the country, FBI agent, Carl Hanratty, a role taken on by producer Joseph Cardinal himself, is doing the catch if he can part.

Full of “hummable” hits, rich in costume changes and finely executed choreography, the cast never tire of singing, never miss a beat and never show an ounce of fatigue. Their high energy is infectious. 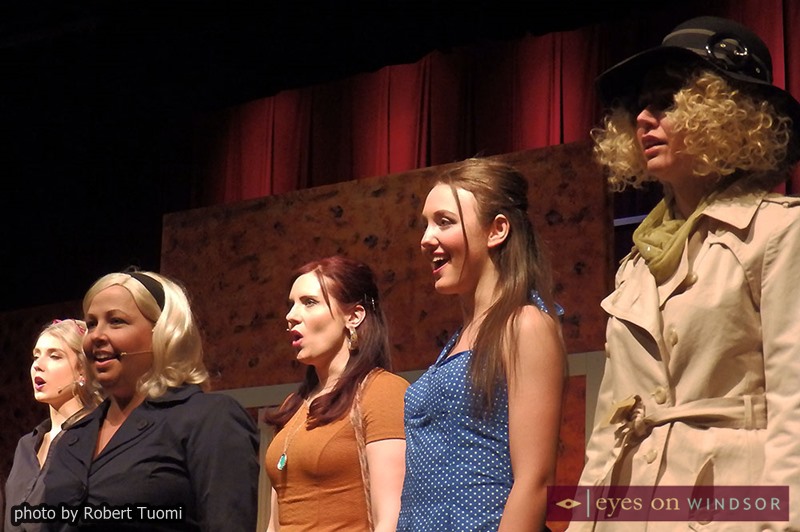 The cast of Cardinal Music Productions dress rehearsal of Catch Me If You Can is outfitted in all the charm of the 1960s. Photo by Robert Tuomi / Eyes On Windsor.

Based on true events, the production has succeeded on Broadway, winning four Tony Awards, and as a movie. Cardinal Music Production’s players do it more than justice in the amiable atmosphere of the E.J. Lajeunesse professionally outfitted theatre.

Directed by Joseph Anthony Cardinal, musical direction is by Allan Levack and choreography by Nin Fasullo.

Related Article: Catch Me If You Can Event Listing 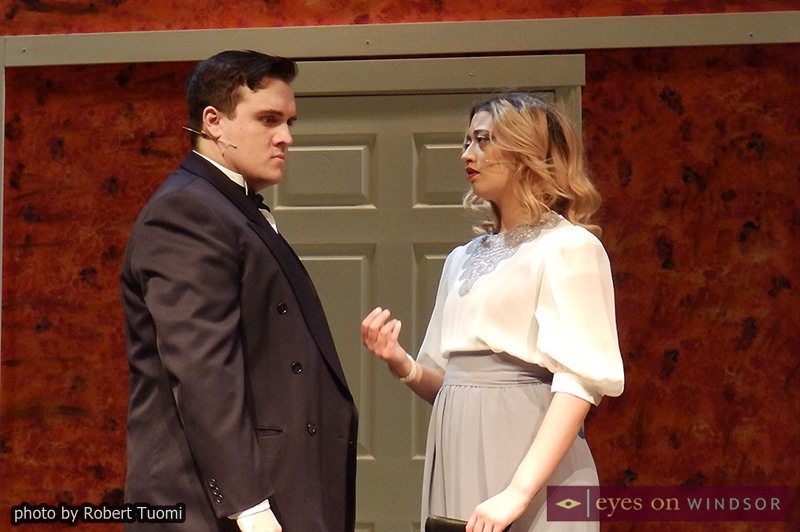 Frank Abagnale listens while his mother explains the other man in her life. Photo by Robert Tuomi / Eyes On Windsor.