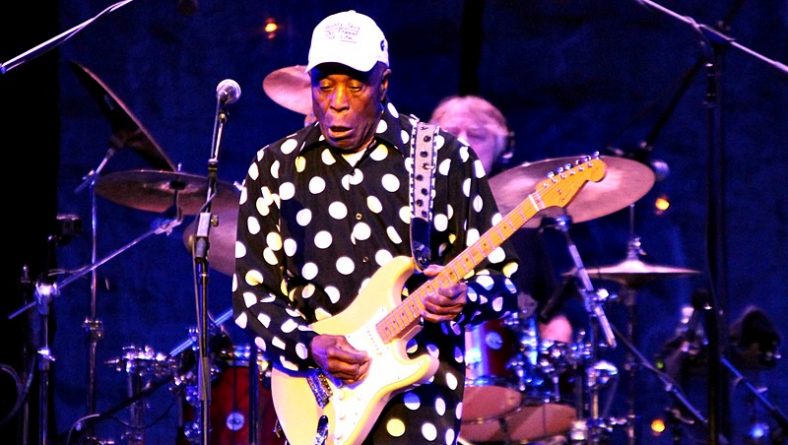 Legendary Grammy Award winning American blues guitarist Buddy Guy will headline LiUNA! Bluesfest Windsor 2019 on Friday, July 12, in what is being dubbed “A Night For Amazing Blues.” Also announced for the night and back by popular demand is crowd favourite Sugaray Rayford, and for the first time “Raw Dawg” Eric Gales originally hailed as a guitar prodigy, will blow the crowd away.

The incomparable Buddy Guy, at 82 years young, is a seven-time Grammy award winner who just released his latest album, The Blues Is Alive and Well. This is his eighteenth solo LP and it showcases the raw, unadulterated sound aficionados and genre newbies crave.

Joining the night’s blues lineup and back by popular demand, soul/blues singer Sugaray Rayford returns with his powerful eight-piece band for their third-annual appearance. Music fans will experience a high-energy show with Rayford whipping the crowd into a frenzy like a Gospel Preacher. 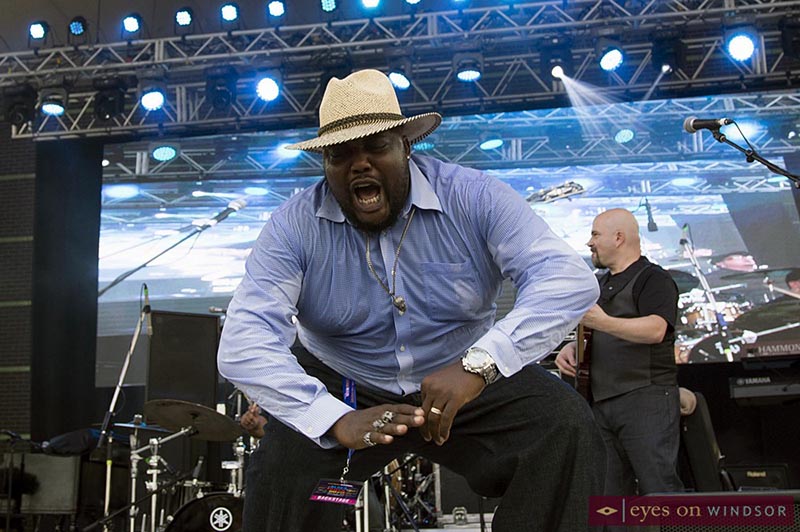 Bluesfest Windsor festival goers dug discovering the Sugaray Rayford Band so much when they filled in last minute in 2017 that he was brought back and named Bluesfest Windsor Ambassador for 2018. This was the first time that an ambassador was added to the festival. For Sugaray Rayford’s inaugural appearance at the festival, he filled in for Carolyn Wonderland at the last minute because she broke her ankle. Sugaray’s voice, stage presence, band, music, and incorporating the audience into his show (he actually goes out into the crowd) is an absolute blast! Coming from a tough upbringing of struggles at a young age this guy is amazing and filled with positivity. The crowd absolutely loved interacting with Sugaray and the band when they took their Bluesfest Windsor show into the crowd. People smiled, gave high fives, hugs, danced, cheered, and partied! Expect more of the same in 2019.

Closing out the amazing night of blues, blues/rock guitarist, singer, composer Eric Gales. He is recognized by his peers as a world-renowned guitarist. Joe Bonamassa says, “he’s one of the best if not the best guitar player in the world.” With seventeen albums and a new release next month Gales is an expressive vocalist with a unique hybrid blues/rock sound often compared to legends as diverse as Hendrix and Albert King.

Eric Gales grew up in a musical family with four brothers, two of them who learned to play the guitar upside down and left handed in the same fashion that Eric does. Eric’s brother Eugene Gales played bass in the Eric Gales Band and his brother Little Jimmy King had a thriving career as a blues artist before his untimely death.

Eric released his first record at Age 16 for Elektra records to an amazing response from the media and music fans around the globe. Guitar World Magazine’s Reader’s Poll named Eric as “Best New Talent,” in 1991. After recording a second record for Elektra, all three brothers teamed up for The Gales Bros. “Left Hand Brand” which was recorded for the House of Blues label in 1996.

Through the years, it would not be unusual to look out in the audience and see artists like Carlos Santana, Mick Jagger, Keith Richards, B. B. King, and Eric Clapton, looking on with interest as Eric took his God-given talent and worked crowd after crowd into a frenzy.

As both an African-American left-handed guitarist of extraordinary ability and an expressive vocalist, Eric is often compared to Hendrix but he has developed a unique hybrid blues/rock sound that also draws upon influences as diverse as Albert King and Eric Johnson. A unique amalgam of styles, Eric Gales stands head and shoulders among other guitarists in his genre.”

Early Bird tickets to an Amazing Night of Blues are now available, just in time for a surprise Christmas Stocking Stuffer. For more information or to purchase tickets please visit www.bluesfestwindsor.com