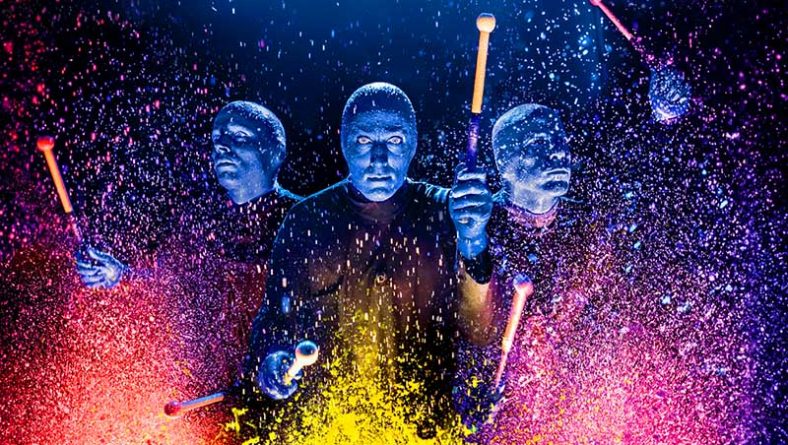 The Blue Man Group tour headed to Windsor early this week to bring an explosion of comedy, music and technology, often described as the ultimate party experience, to the WFCU Centre for four performances this weekend (March 16 & 17).

Half German, half Irish, Blue Man Captain Barney (Bernard Felix Haas) has been a part of Blue Man Group since 2012 when he auditioned and fell in love with the show’s universe. He took some time to speak with Eyes On Windsor over the phone on Monday, just after packing up the tour in Sudbury to bring it to Windsor.

Barney said he was a drummer who played in several bands, of all different styles of music. Just before joining the Blue Man Group he played in a Funk band.

“I was always a drummer,” says Barney. “So when somebody told me there was a Blue Man audition in town, that was in Berlin in 2012, I had to go and check it out. I actually just went for fun but ended up falling in love with the atmosphere. It was a drummer’s paradise. After seeing backstage at the Blue Man show, I decided I was going to do my best to make it through this audition. It worked. Blue Man does auditions all over the world looking for more Blue Men and Women.

The Blue Man Group does a lot of drumming in their show. The paint drumming, liquid paint poured onto the drums, is an explosion of colour with each hit of the drumstick. 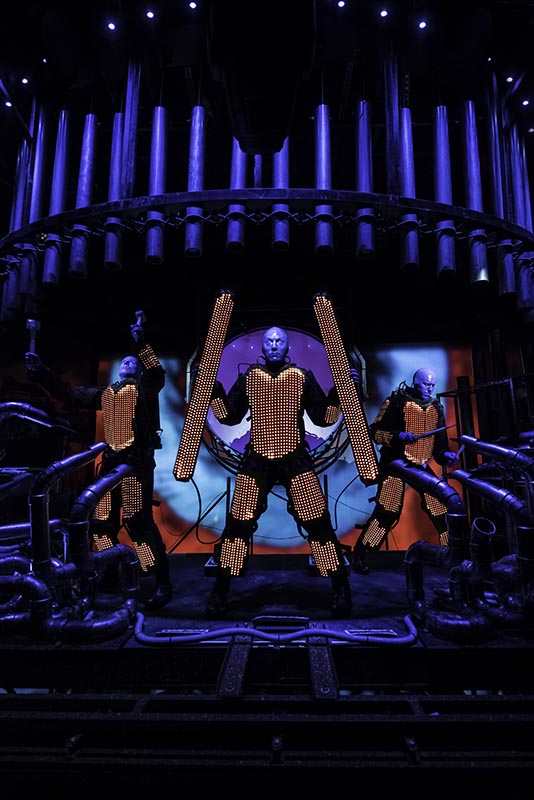 Barney says you can also expect the classic catching marshmallows in the mouth piece during the show. They catch up to about 40 marshmallows with their mouth. He laughed when asked if he eats them. “No, we make a wonderful sculpture out of them on stage,” says Barney.

Asked to describe the Blue Man Group show, Barney said, “It’s hard to explain because the Blue Man character doesn’t speak, what he does is goes a little bit beyond words. “

“What it is is three blue men backed by four band members and twenty crew members. It’s a mix of comedy show, physical theatre, and rock concert. It’s a party! It’s mix of many things, a unique form of stage acting.”

Barney said in his experience people at the show experience a sense of surprise because they didn’t expect to see what they saw and there’s lots of laughter. “It’s all about celebrating life and connecting. The character comes to the human world to connect with everyone and have a good time and have a shared experience.”

Barney confirmed that the Blue Man is not an alien from a far off planet. “While there’s so many myths around the Blue Man character and what he is an what he isn’t, we like to say he’s kind of part of all of us,” explained Barney. “We all kind of have an inner Blue Man. It’s the part of us that likes to play, create, express our self, it’s a little bit like our inner child. The Blue Man is an innocent character.” 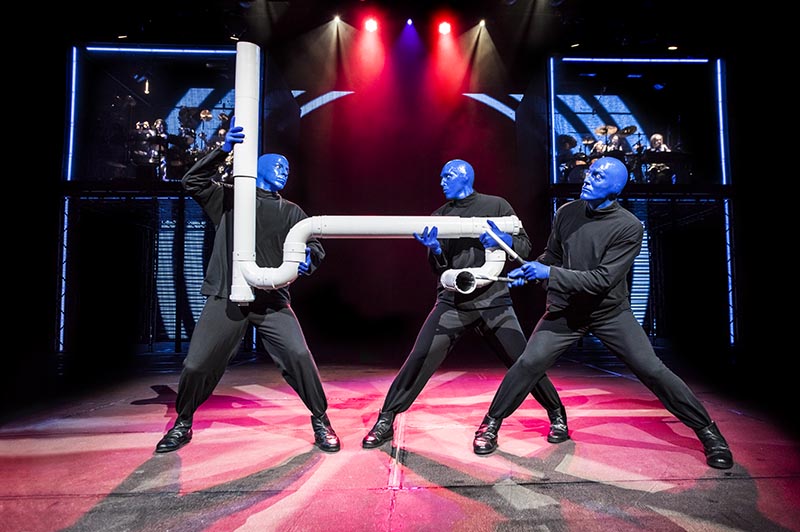 In closing Barney said, “We’re looking forward to coming to Windsor, we’ve had a really good time on tour so far. It’s been a great experience just to see the show connects with everyone no matter where we go. People understand it, it’s universal, it goes beyond language, beyond age, it doesn’t matter where you’re from or what you do. We can all relate to the Blue Man character. It’s a great pleasure to part of this.”

Blending art, technology, music and comedy in a way only they can, Blue Man Group creates
unforgettable, interactive experiences that have dazzled audiences worldwide.

Since its debut in New York in 1991, Blue Man Group has expanded internationally, reaching more
than 35 million people across the globe. Now audiences in Windsor can experience this cultural phenomenon!

Join this iconic bald and blue trio on an unforgettable journey, with surprises at every turn at the WFCU Centre this weekend.

For more information or to purchase tickets visit https://www.blueman.com or http://wfcu-centre.com