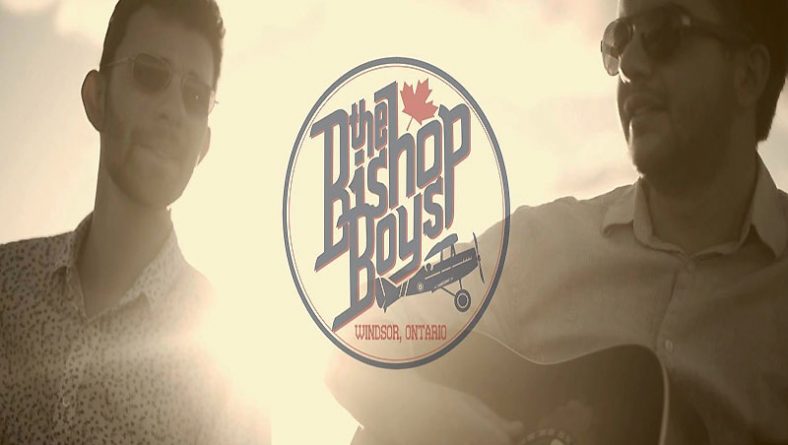 For those who can’t get enough of Windsor’s popular Coffee House Combo band, there is good news in the offering. Two of the Coffee House Combo’s band members, vocalist/guitarist and horn player Austin Di Pietro and fellow vocalist, guitarist and keyboarder Andrew Adoranti, have taken their interest in writing music, which has been ongoing for the past five years, into the recording studio. An extended play is expected for release sometime this fall.

But, to show what they have been working on, the Bishop Boys will take the stage at downtown’s Phog Lounge on Friday September 14, commencing at 9pm, for the first time as the headline act. It will be somewhat of a change because for most of their membership in the Coffee House Combo they have been a staple of Phog Lounge on Sunday nights.

With considerably eclectic tastes in music, there is no telling what will be on their first recording. The duo largely leans toward jazz, rhythm and blues and folk. Their first recording relies heavily on the organ playing of Adoranti giving it a sound almost without definition. Their first release, video and song, Might be Alright, is currently on Youtube.

For the latest news about The Bishop Boys visit https://www.facebook.com/BishopBoysBand

The Bishop Boys will perform and share the stage with a full eight-piece band with support from Windsor’s popular songstress Crissi Cochrane. Cochrane is bouncing back into performing after a short maternity leave. In a Facebook post she talked of her return to the stage August 26, with The Family Soul, as being rather surprising.

Her infant Adeila, “was so well-behaved, I was able to perform for 12 songs while she napped and took a bottle (which she normally hates!). It was pretty tricky playing the flute with the wind whipping around me, but it was so much fun to be up on that gorgeous stage with eight of my favourite people!!”

For the latest about Crissi Cochrane visit https://www.crissicochrane.com

For the latest about The Family Soul visit http://thefamsoul.com 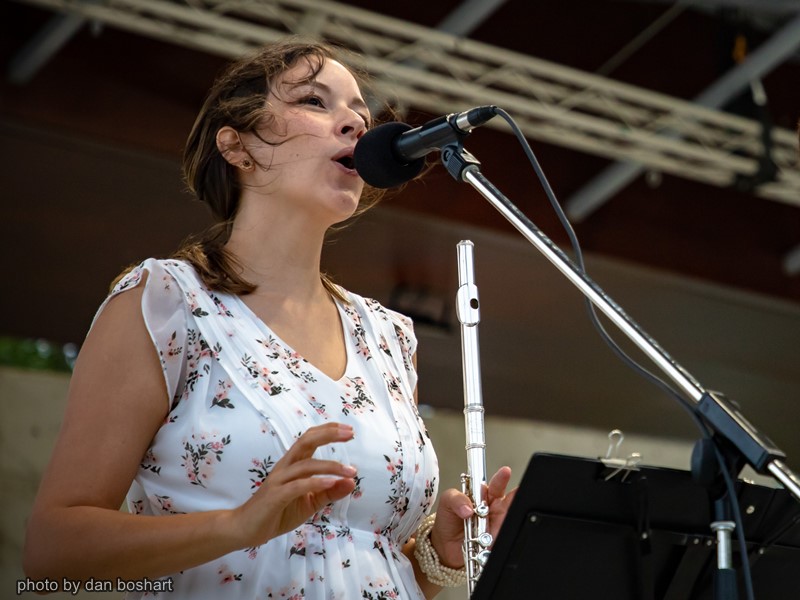 Crissi Cochrane performing with The Family Soul at the Seacliff Park Amphitheater in Leamington, Ontario, on August 25, 2018. Photo by Dan Boshart Photography.