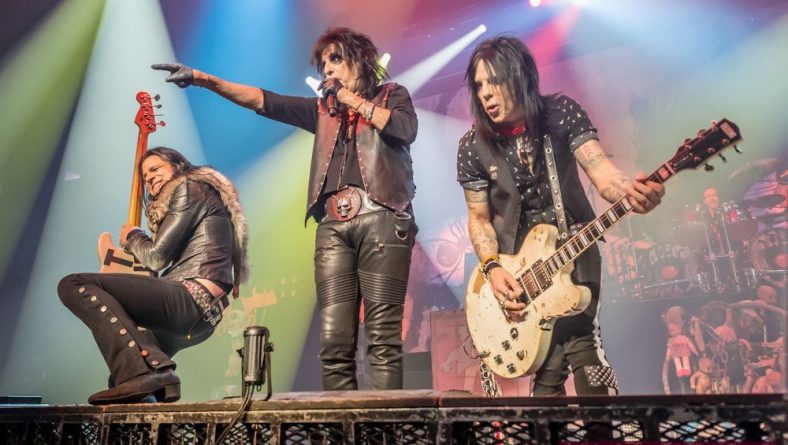 “The Godfather of Shock Rock” and Rock and Roll Hall of Famer Alice Cooper thrilled fans inside The Colosseum at Caesars Windsor when he kicked off his North American Paranormal Tour on March 1, 2018.

True to his legacy of pioneering spectacular concert theatrics, Alice Cooper complete with dark makeup around his eyes and his signature goth style, mezmorized the crowd right from the start. The band opened the show with explosive pyrotechnics and the industrial metal track Brutal Planet, from the album of the same name, released in 2000. The song was followed by hits, No More Mr. Nice Guy, Under My Wheels, and Billion Dollar Babies. All three, in addition to Feed My Frankenstein, Only Women Bleed, and Schools Out, performed later in the show, are bonus tracks found the on the Paranormal Album. These six bonus tracks were recorded live with Cooper’s current band Chuck Garric (bass), Ryan Roxie (guitar), Tommy Henriksen (guitar), Glen Sobel (drums) and Nita Strauss (guitar) during a 2016 live show in Columbus, Ohio.

Back in the early 1970s Cooper’s grand theatrics excited fans during the 1973 Billion Dollar Babies tour which incorporated mannequins, a crazed dentist, a giant toothbrush and floating weather balloons full of baby powder and play money. Fans were thrown back to that era during the show at Caesars Windsor when Cooper pulled out a stack of Alice Cooper Dollars (play money) pierced by a sword. Copper swung his sword dispersing the cash among the crowd.

The band performed two of the new tracks from Paranormal including Paranoiac Personality and Fallen In Love. On the album, “ZZ Top frontman Billy Gibbons plays Guitar on this Texas roadhouse-style song (Fallen in Love),” reports songfacts.com. Other tracks on the album were put together with notable names including Larry Mullen Jr. from U2, Roger Glover from Deep Purple, Swedish songwriter and session guitarist Tommy Denander, Alice Cooper bandmate Tommy Henriksen, and Steve Hunter. Not performed during the show but found on the Paranormal album are Rats, and The Sound of A, both recorded with the surviving members of the original Alice Cooper band (drummer Neal Smith, bassist Dennis Dunaway, and guitarist/keyboardist Michael Bruce; sadly lead guitarist Glen Buxton passed away in 1997).

Released in the Summer of 2017, Paranormal is the 27th studio album by Alice Cooper and his first in six years.
The spectacle or a concert at Caesars Windsor concluded “A Paranormal Evening With Alice Cooper” with an encore performance featuring the hit Schools Out.

Following the show the band headed to Orillia, Ontario to perform a sold out show for their only other Canadian stop on this tour. The remainder of the tour will cross the United States during the month of March. For more about the band and their current tour schedule visit: http://www.alicecooper.com 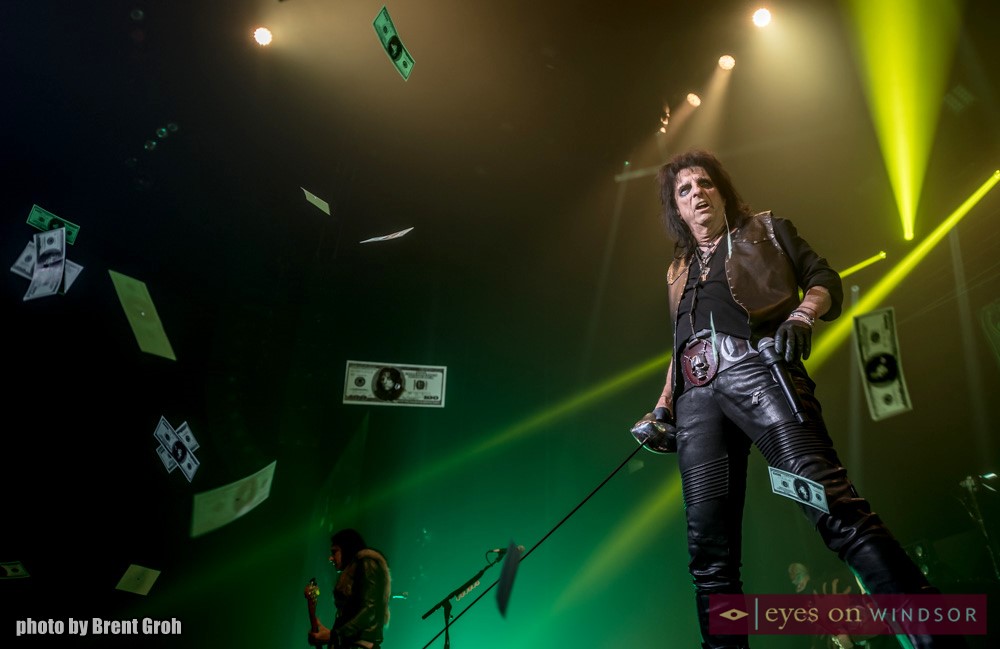 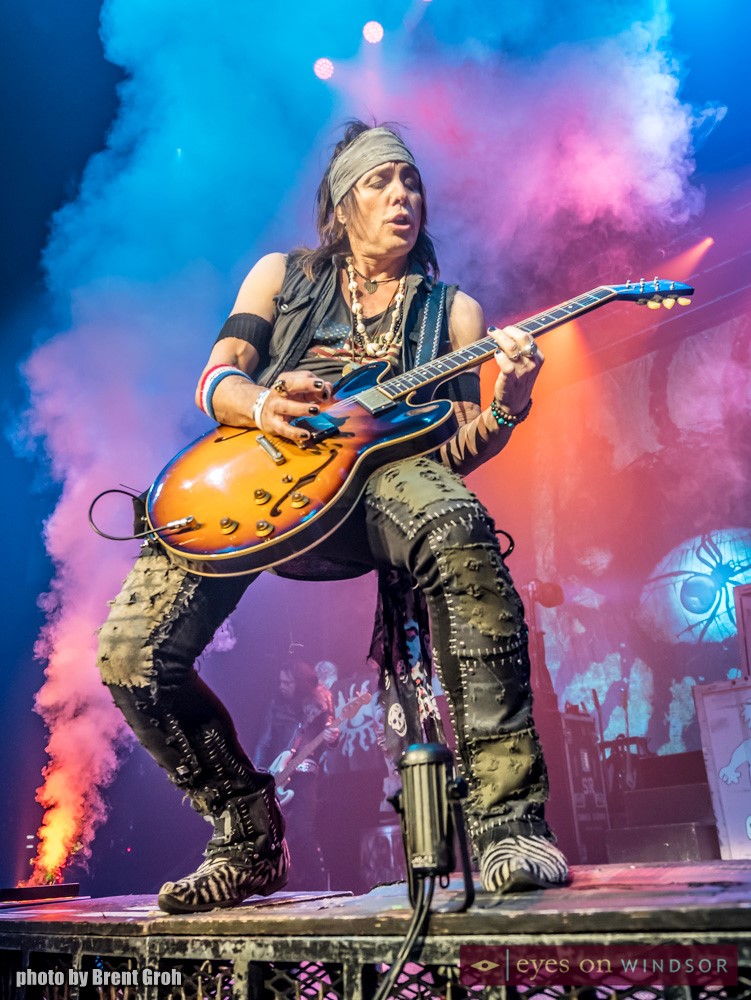 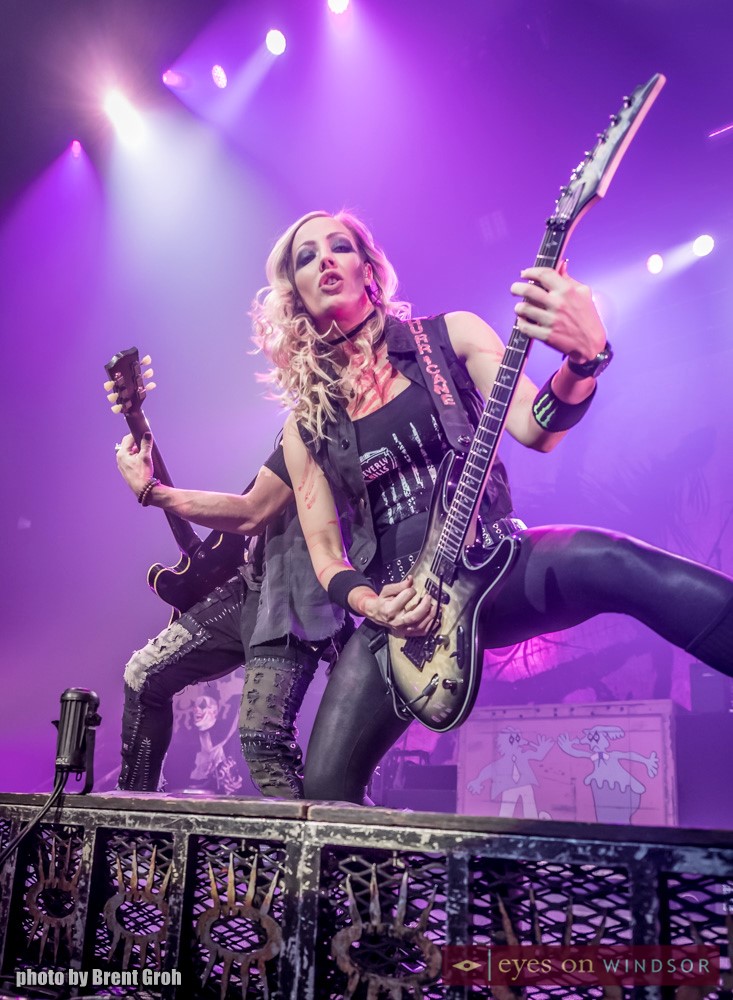 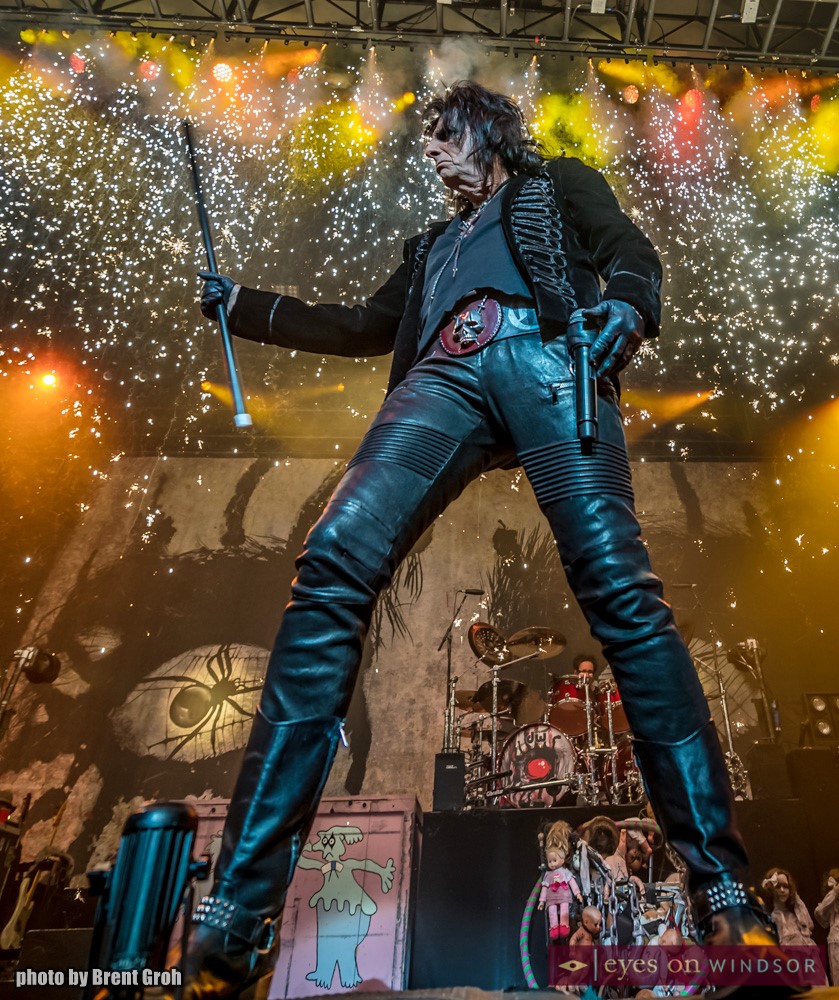 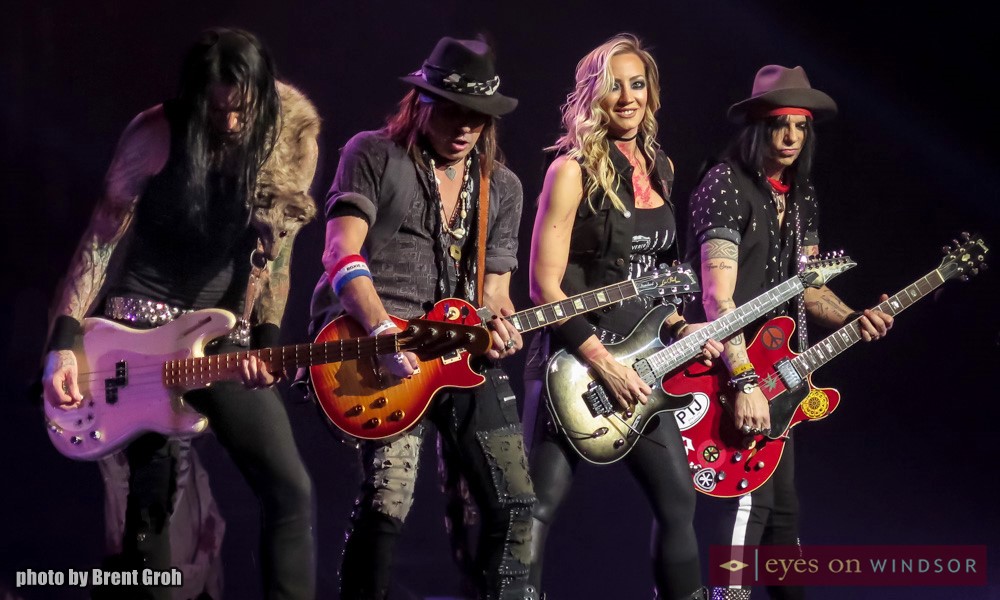 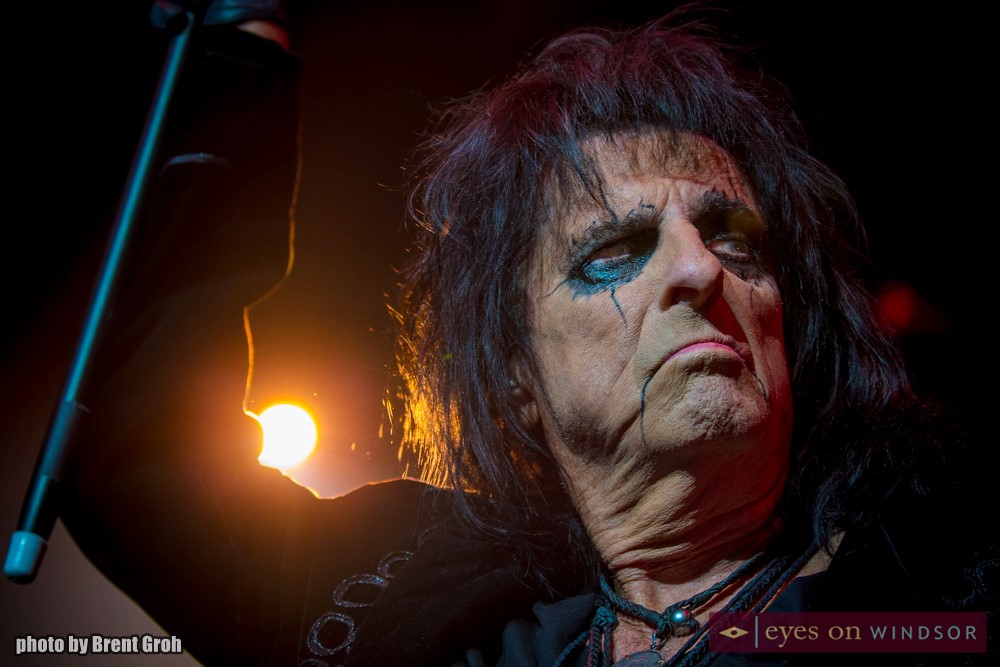 Caesars Windsor is the largest casino resort in Canada and the first of its kind outside of the U.S. to be branded with this legendary, world-renowned name. This year Caesars Windsor will celebrate a decade of world-class entertainment at the award-winning Colosseum. As part of the exciting Anniversary celebrations planned throughout 2018, The Colosseum will host a stellar calendar of A-list concerts across a variety of genres throughout the year. The first 10 Year Anniversary Series entertainer to be announced is award-winning Canadian music icon and acclaimed singer-songwriter Bryan Adams, performing on July 3rd. Upcoming rock shows include Loverboy & Trooper on March 8, and Carlos Santana on March 17. For more information about Caesars Windsor and upcoming shows visit http://caesarswindsor.com