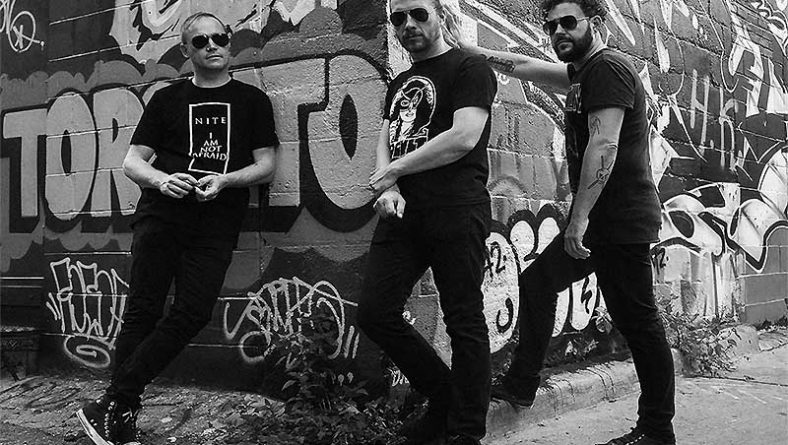 The stage at Downtown Windsor’s Phog Lounge will be hopping on Friday night (March 23, 2018), graced by The Foreign Resort, from Copenhagen, Denmark. But, there’s more, including Beautiful Nothing from Burlington, Ontario and Windsor’s Bobby Sproat and local band The Feedbacks.

The Resort has won considerable accolades as one of its homeland’s alchemic master mixers of dark new-wave with explosive post-punk.

Members Mikkel Jakobsen, Morten Hansen and Steffan Petersen are currently on a voyage of Canadian discovery, working across the nation with stops from Quebec City to Vancouver and most major cities in-between. Largely they are promoting their new album Part Time Punks Sessions.

On its Facebook page Beautiful Nothing lists only one interest, “Getting Down.”

It is what James Featherstone, Sven Petrovic, Shane, Anthony and Luke Ludgate do in and around Toronto with their brand of eighties inspired “driving electronics, thick, grimace inducing bass lines and soaring, dissonant guitar lines that would speak to the Pixies in their Bossanova years.”

In short, a set owing much of its industrial post-punk strength to the late 1970s stylings of crooner Edwyn Collins when he fronted Scotland’s Orange Juice. In other words, considerable homage to the roots of punky guitar pop.

Singer/Songwriter Bobby Sproat leads the band bearing his name which includes Jayden Turnbull, Ryan Rushinko and Eric Godin. Their six years of making music has been nicely preserved for prosperity in the band’s now available debut album New Romantics. It was voted one of the Best Albums of 2016 by readers of the Windsor Independent.

To understand the band’s members is to understand their influences including the Arkells, The 1975, Maroon 5, Panic! At The Disco and Two Door Cinema Club.

The pure in your face punk trio of Kyle Cloutier, Nick Cyrenne and Eric Noble, better known as the Feedbacks, released an EP last summer featuring a number of their own compositions including Cannibal and Prostitute Pixie Dust. Noble has since left the group.

Such a one night lineup does nothing but support the Phog’s reputation as the heart of Windsor’s art scene. Some of the distinctions of the intimate venue at 157 University Ave. W. include winning CJAM’s Best Bar in Windsor for nine years running and, in 2009, Best Live Music Venue in Canada as judged by CBC Radio 3. 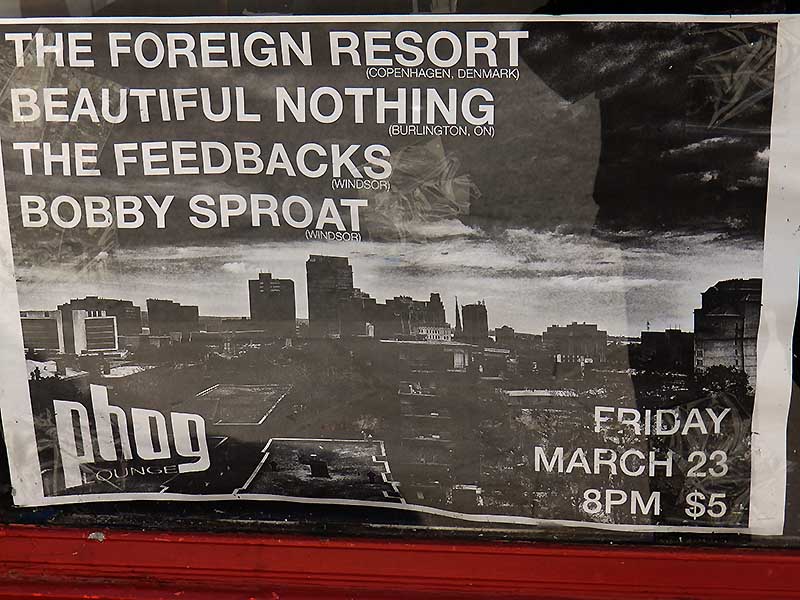