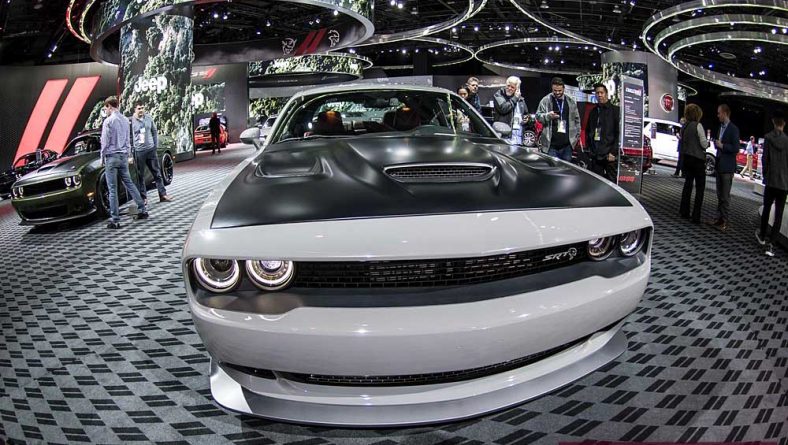 The following is a list of eight must see exhibits at this year’s Detroit Auto Show. The 31st annual North American International Auto Show will thrill people when it opens to the public between January 20 to 28, 2018.

A must see, the 2019 LC Limited Edition Lexus is inspired by Marvel Studios’ Black Panther movie coming to theatres in mid February 2018. Rumor has it this vehicle’s powertrain gets a powerful boost from the mythical nearly indestructible metal ore, Vibranium, from the Black Panther’s home planet of Wakanda. This is the same metal that makes the Black Panther’s suit bulletproof, and that Howard Stark used to make Captain America’s resilient shield. 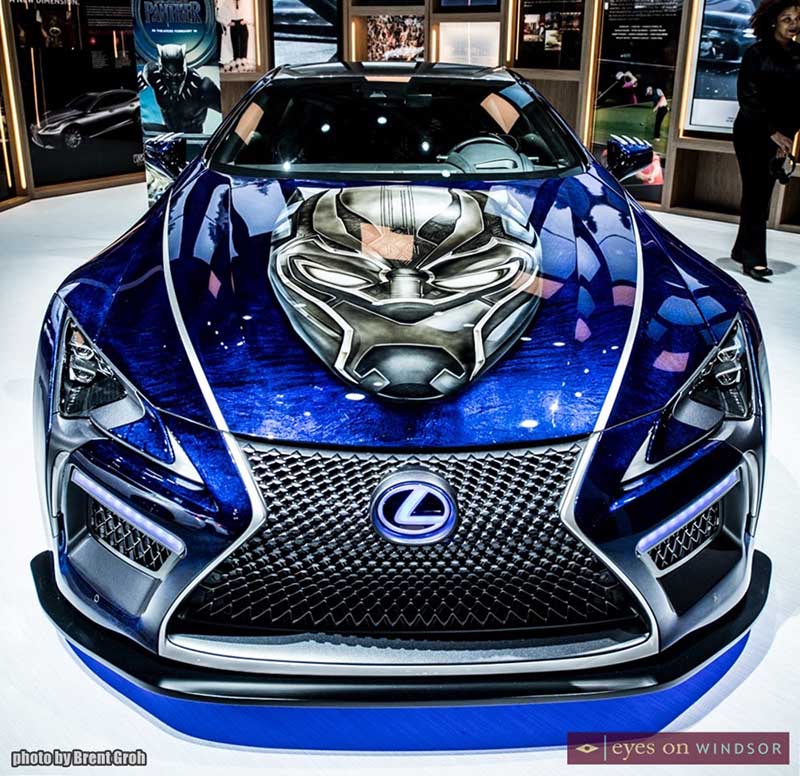 Check out the original Ford Mustang Bullitt from the classic 1968 award winning movie of the same name that was driven by Detective Frank Bullitt (played by late actor Steve McQueen). This car is known for an iconic car chase through the streets of San Francisco during the film. This car has not been seen in public for 50 years until now. Ford arranged to have it shown at the NAIAS in celebration of the 50th Anniversary of the movie. It was introduced at the show by Steve’s grand daughter, Holly McQueen. At the same time Ford Motor Company revealed the third-generation, limited-edition 2019 Mustang Bullitt due out this summer. 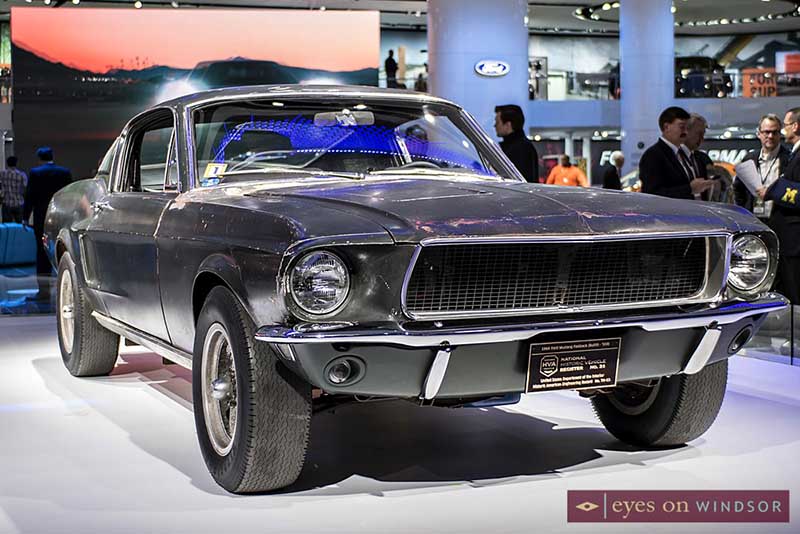 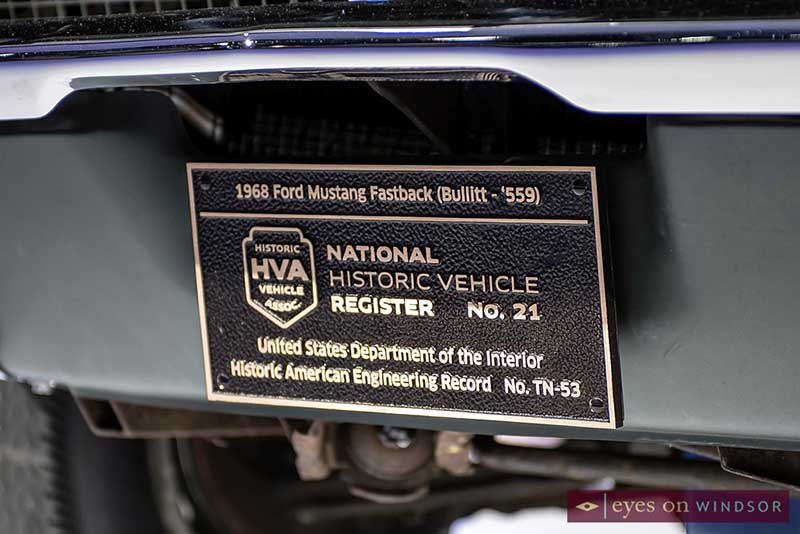 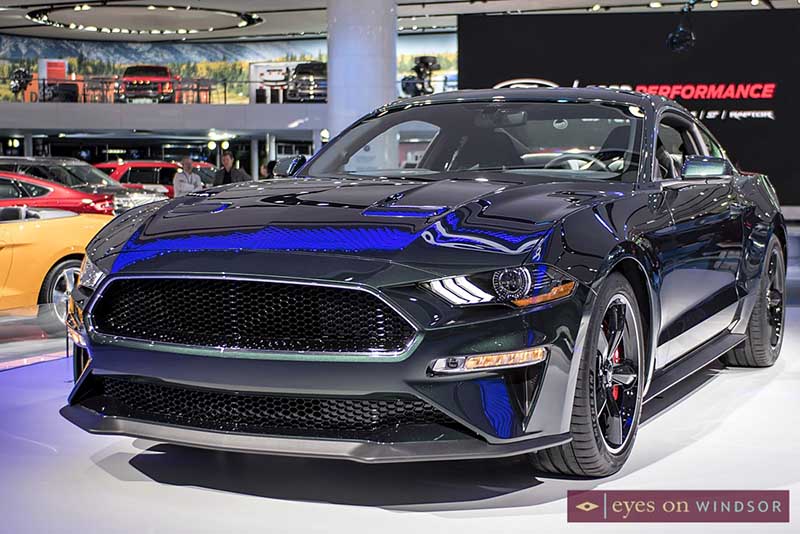 AutoMobili-D Drives You Into The Future

The inaugural AutoMobili-D, a showcase of innovative mobility technologies, debuted last year and it’s back for the 2018 NAIAS. Automobili-D is located in the Cobo Center Atrium where startups, automakers, suppliers, venture capitalists, government organizations, university research teams, and others are connecting to bring the future of autonomous-driving related high-tech transportation to the world. Connected car technologies, autonomous vehicles, artificial intelligence, and accident free smart cities are not only on they way but parts of this futuristic transportation ecosystem are already here and being tested. 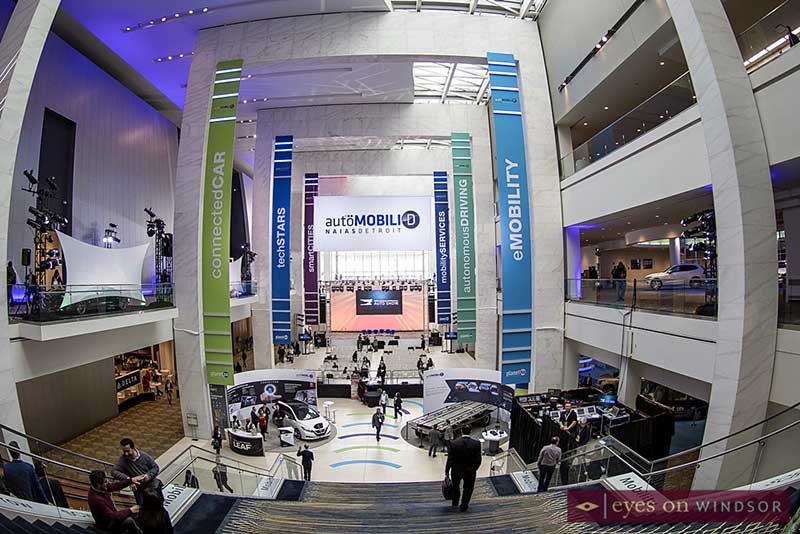 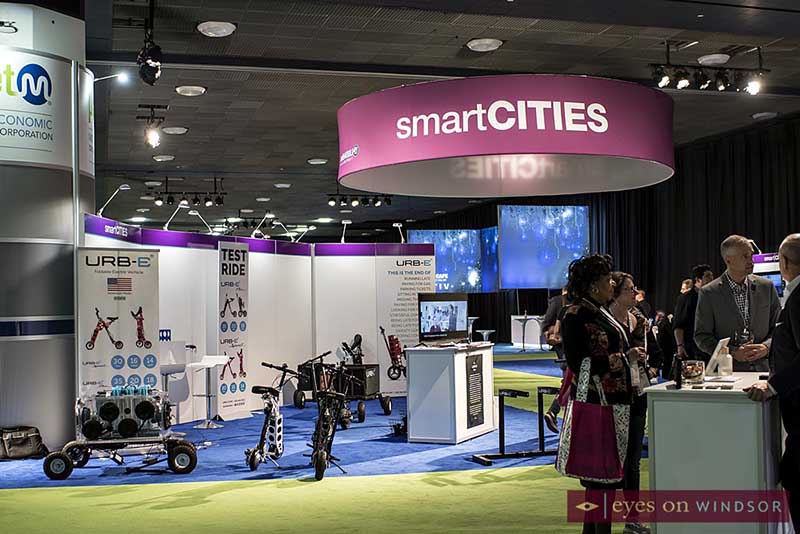 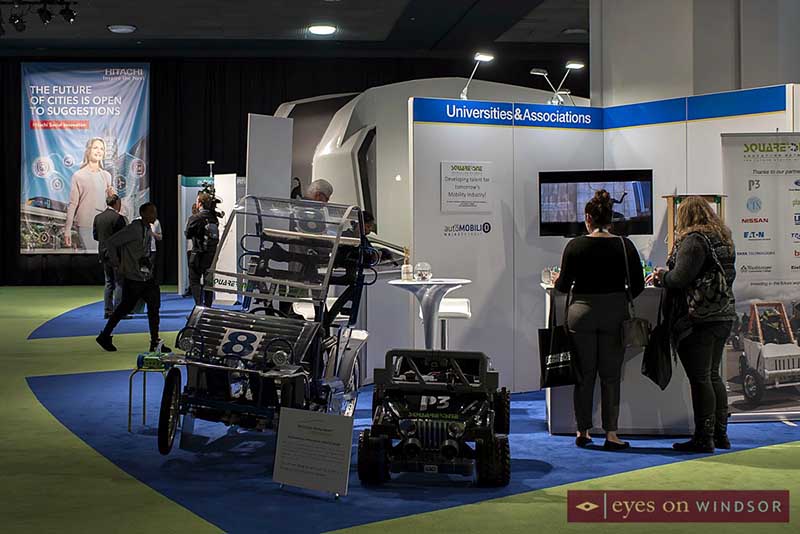 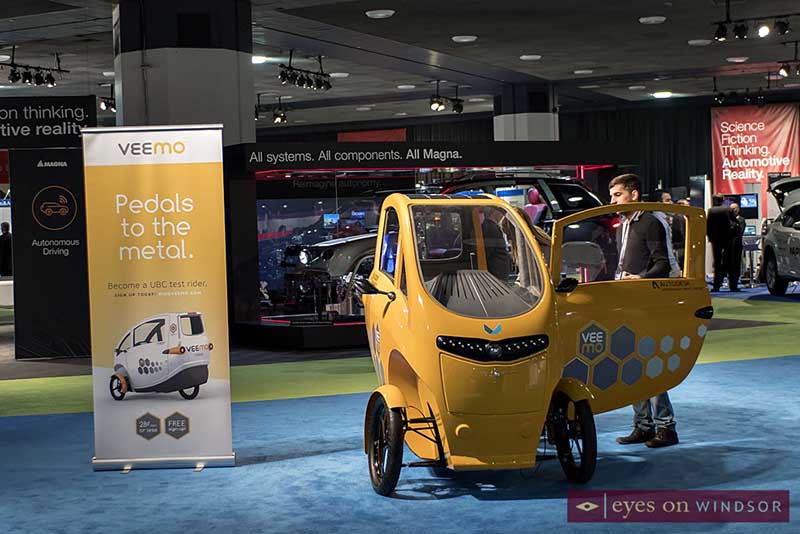 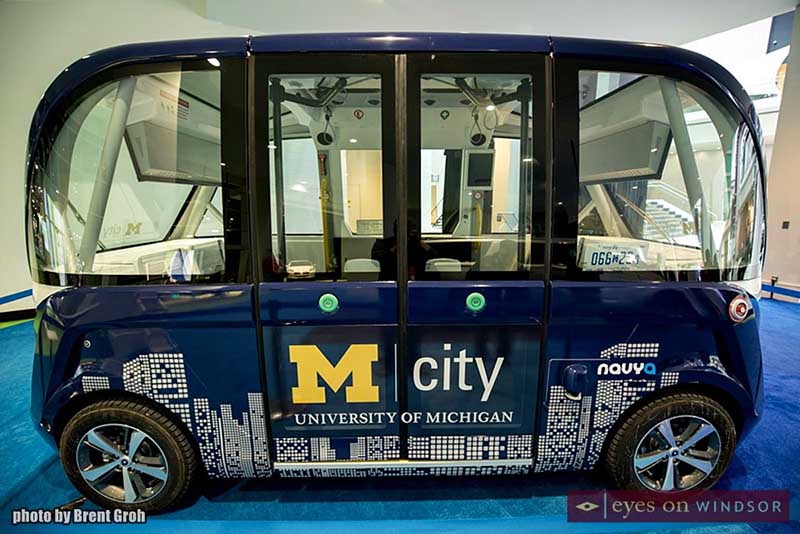 Visitors to the NAISA will have the opportunity to put a giant oversized race car helmet over their heads to experience a virtual Ford GT Race Car 360 degree video putting them in the driver’s seat.

Chevrolet is giving visitors a peek at vehicle testing through a 4D virtual reality experience. The “Chevrolet Virtual Dynamics Lab” features a 360-degree view and ride in the front passenger seat (with moving seats, so be sure to buckle up) of the Equinox and Colorado ZR2. The drive goes through gravel roads and a rock climbing course.

Kia is offering 4D virtual test drives of their compact sedan Stinger. Guests will have the option of travelling through Southern France, taking a drive on the Pacific Coast Highway, or cruising Cadwell Park racetrack in the UK.

Ford is taking visitors on a drone ride through the city of tomorrow powered by virtual reality and Ford Smart Mobility. 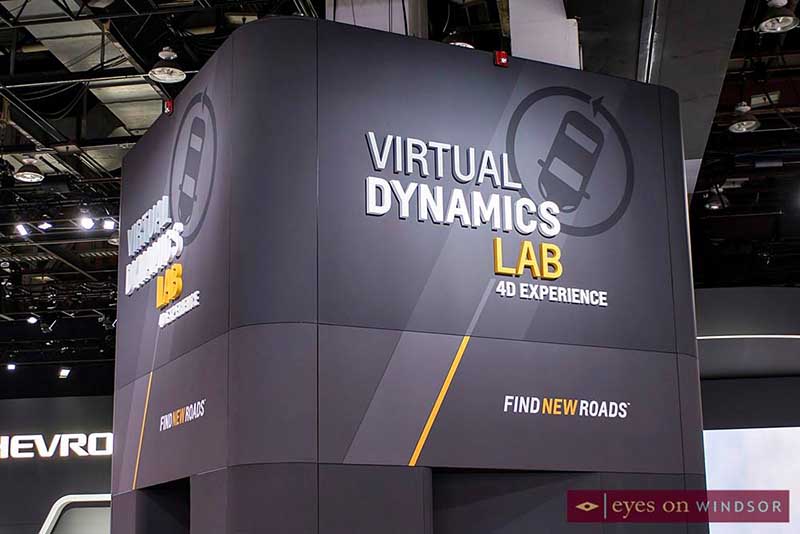 Something For IndyCar Fans 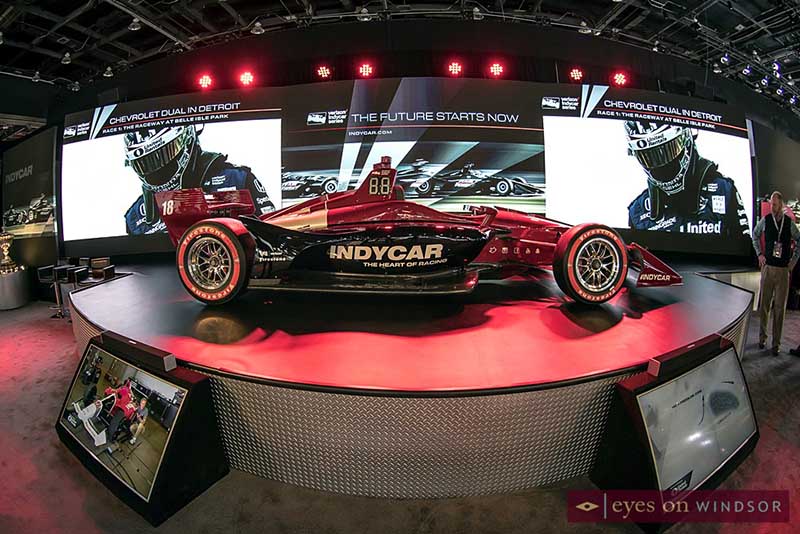 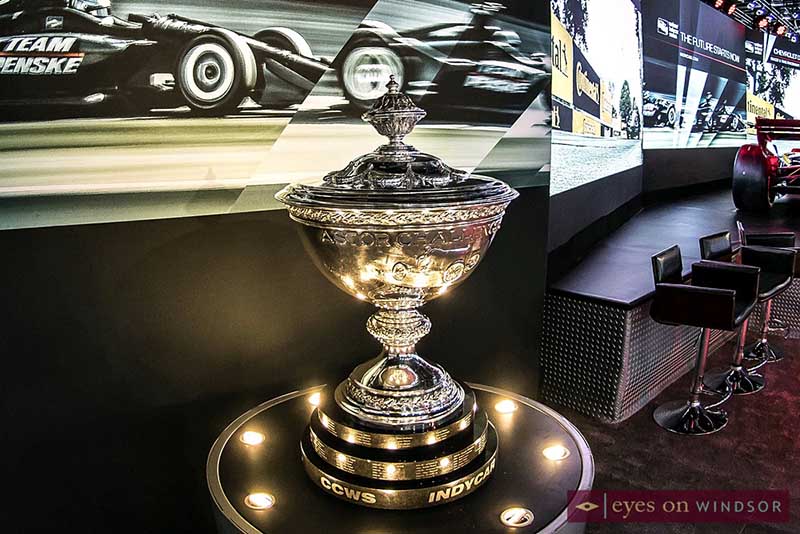 While at the NAIAS visitors can check out the Canadian built 2019 Dodge Challenger SRT Hellcat Widebody. In fact, Challengers are one of the main highlights of the Fiat Chrysler display this year. Dodge fans will enjoy this showcase. Also built in Canada, at the FCA Windsor Assembly Plant, and on display is the Pacifica. The Pacifica was named the 2018 Family Car of The Year by Cars.com editors during the Best of Awards show hosted during the NAIAS. 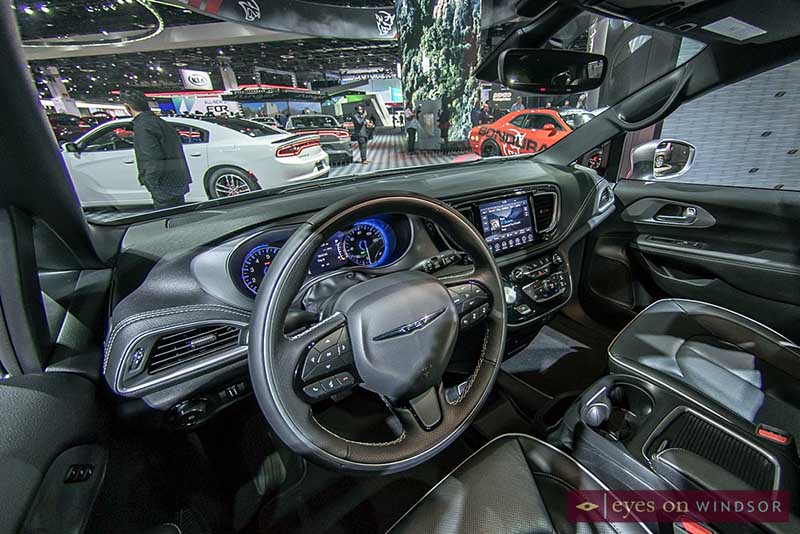 Kids and adults will have fun building race cars out of LEGO that they can take home with them thanks to Performance Ford. 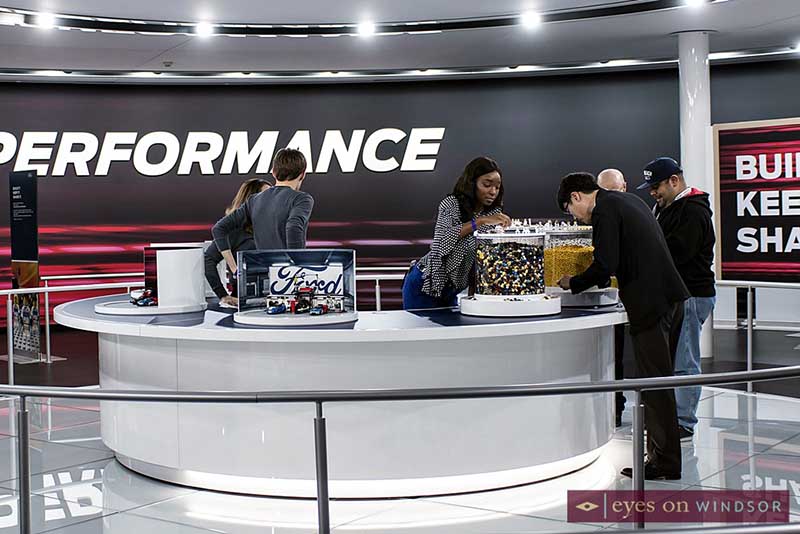 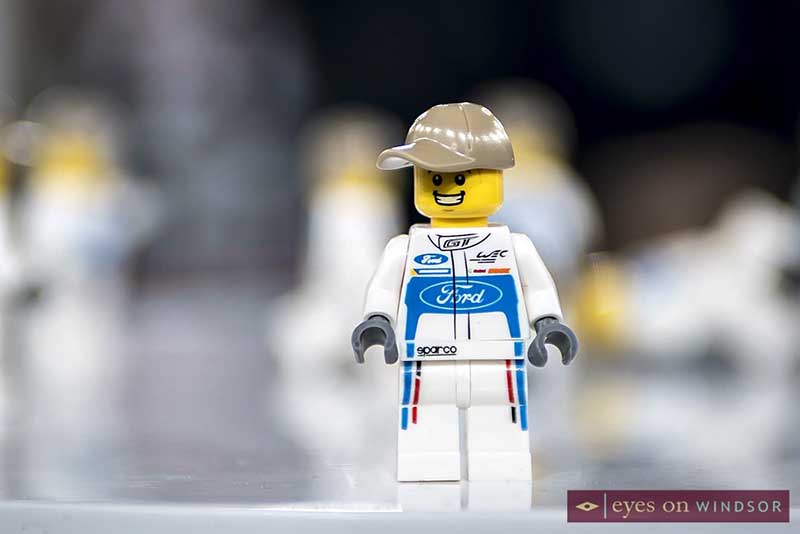 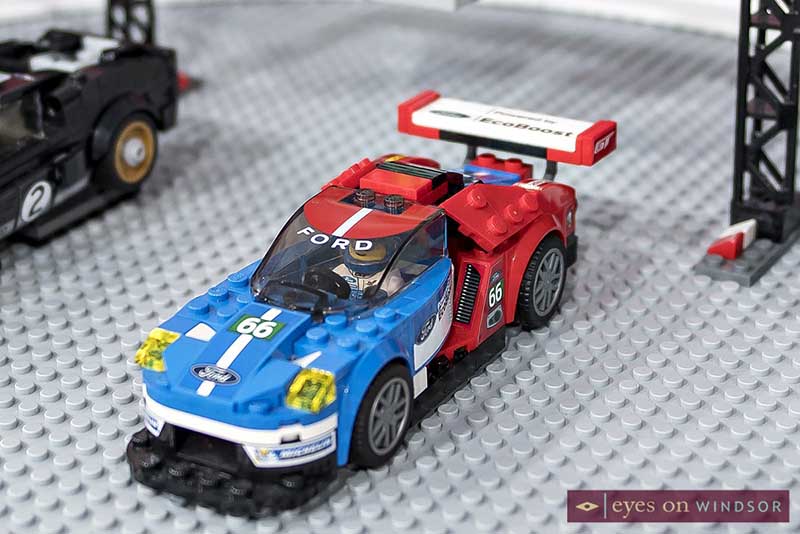 Chevrolet and Hot Wheels are celebrating their 50th anniversary of creating some of the coolest toy cars together. Since General Motors has inspired the creation of Hot Wheels toys over the years, they’ve decided to switch roles. So now GM is drawing inspiration from Hot Wheels for their new Camaro.

The 2018 Camaro Hot Wheels 50th Anniversary Edition is a tribute to the toy maker featuring Hot Wheels’ official badging. This new vehicle is based on Mattel’s first Hot Wheels car ever produced, the miniature Custom Camaro released in 1968. 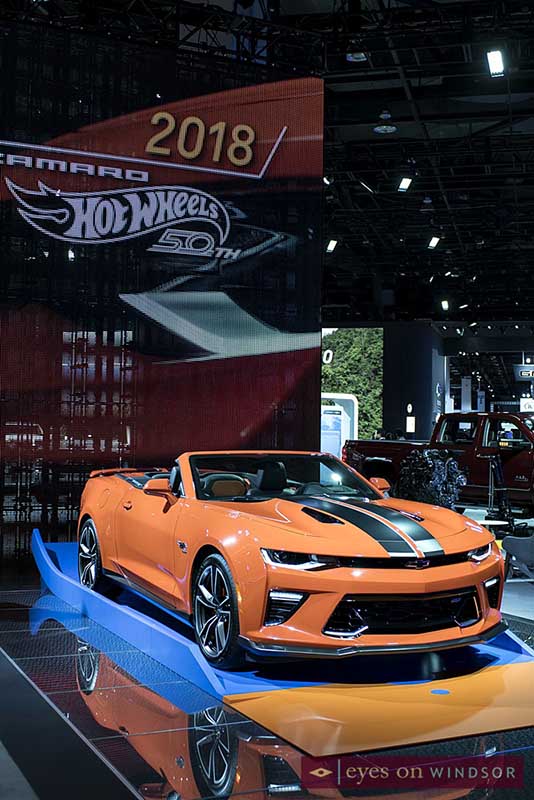 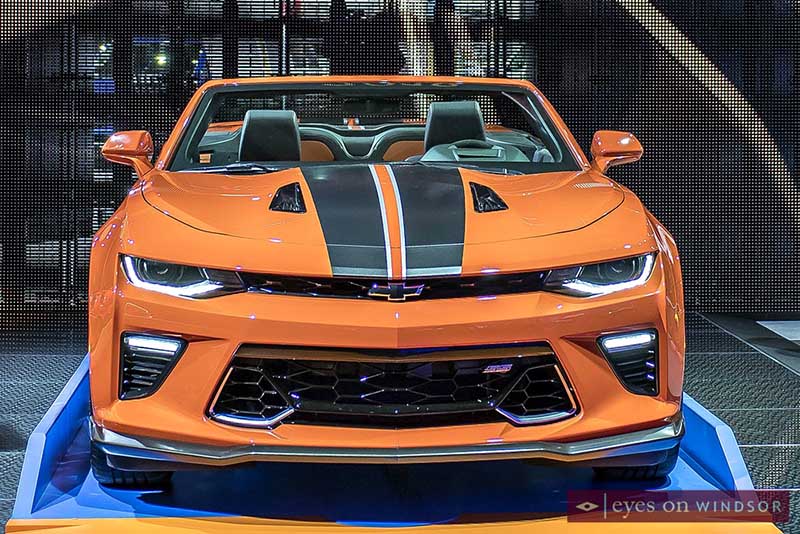 Automobile enthusiasts and people of all ages will be able to check out a wide array of newly revealed and concept vehicles including, crossovers, SUVs, trucks, and luxury brands. You can see more photos on the Eyes On Windsor Facebook page to give you an idea of what’s in store for visitors when the 2018 NAIAS opens to the public between January 20 to 28, 2018.

Some Photos by Brent Groh (see watermarks) / Eyes On Windsor