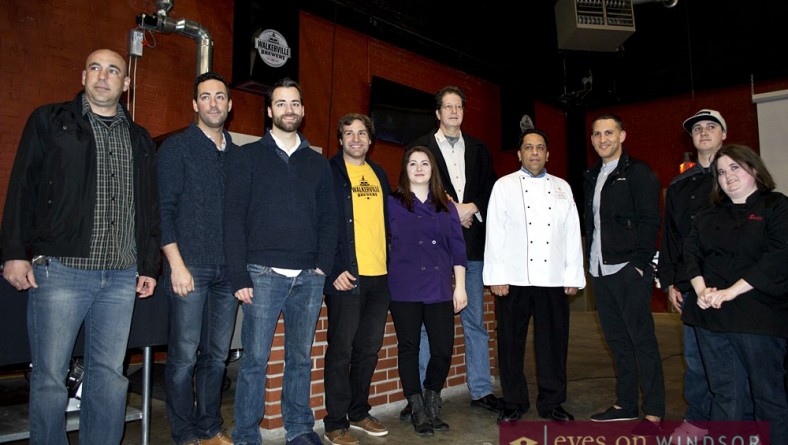 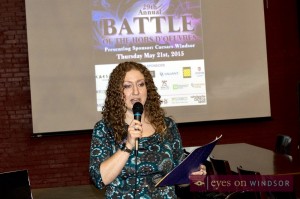 Big Brothers Big Sisters of Windsor Essex announced competing chefs and event details for Battle of The Hors D’oeuvres 2015 presented by Caesars Windsor at a kick off event held at Walkerville Brewery on Wednesday, April 8, 2015.

The highly anticipated annual Battle of The Hors D’oeuvres takes place on May 21, 2015 at Caesars Windsor inside the Augustus Ballroom.

The catch is the chefs want you to become a food critic for the night and vote for your favourite hors d’oeuvre. The competitors will be placed in either the restaurant or hospitality/catering category. A People’s Choice Award will be awarded overall for first and second place.

In addition, a celebrety panel of judges will vote on who receives the Critic’s Choice Award in each division. 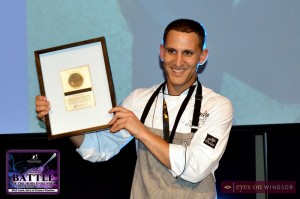 In 2014, at the 28th Annual Battle of The Hors D’oeuvres, Chef Johnny Oran and his team from Parkside Grille at Rocherster Place Golf Club and Resort competed in the hospitality division. This was their first time participating in the Battle and they emerged victorious with first place overall People’s Choice and first place hospitality Critic’s Choice award. The savoury creative hor d’oeurve that guests and judges raved about was the beautifully presented General Tsao Pulled Pork Fritter.

Parkside Grill, once again led by Chef Oran, will return to defend their titles at this year’s 29th Annual Battle of The Hors D’oeuvres. 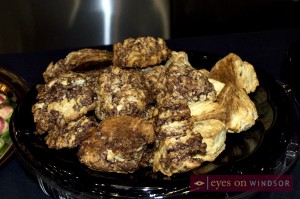 Julie Myers of Thyme To Go says, “this will be our third year participating and all the hors d’oeuvres are always amazing. We plan to create something creative, unique, and delicious. It would be exciting to win an award.”

Myers isn’t the only competitor focused on winning an award. Oran, proved first timers can win the Battle and that’s exactly what Bill Deslippe of Smashed Apple Catering and Benjamin Leblanc of Iron Kettle Bed and Breakfast are hoping to do.

Before opening Smashed Apple, Deslippe spent years working in the industry locally, trained at culinary school in Toronto, and learning from the best chefs across the nation in places like Whistler, B.C., and Lake Louise, Alberta. Smashed Apple has become a fast hit locally serving savoury fresh unique menu items. “I think I have a really good shot at winning this,” says Deslippe.

Iron Kettle’s Chef Ben Leblanc will be someone to watch in this competition. 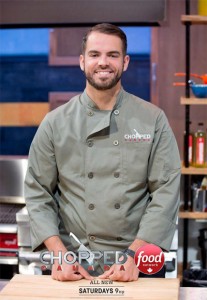 Leblanc recently announced he will appear on Food Network Canada’s hit T.V. show Chopped (to be aired on May 30, 2015). Leblanc spent years training around the world learning from some of the world’s best chefs in Europe and Canada.

Examples, include Micheline Star restaurant Le Violon D’ingres in Paris owned by Chef Christian Constant (a member of the jury on France’s T.V. version of Top Chef). In addition, Leblanc spent just over a year at Il Lago restaurant inside the Four Seasons Hotel in Geneva, Switzerland (one of the most expensive hotels in the world). Il Lago is also a Micheline Star restaurant. Leblanc told us he is also hoping to win an award at this year’s Battle.

Sweet Revenge Bake Shop will sponsor a dessert table at the event. 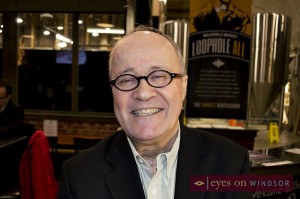 A pre-event will be hosted by the culinary students at Assumption College Catholic High School. Last year their hors d’oeuvres were worthy of competing against the main event’s competitors.

Arms Bumanlag, a great supporter of Big Brothers Big Sisters of Windsor Essex, will return to Emcee the event!

For the last three years the new lounge party format has been a great success. No longer a sit down gala, the Battle has become an after business interactive networking event. An indoor food and drink festival! This event offers an opportunity for guests to schmooze with some of Windsor’s finest food and beverage establishments, while enjoying creative cuisine, drinks, networking, and supporting youth mentoring programs in Windsor and Essex County. This year promises to be even bigger and better with another great evening full of fun, food, drinks and fundraising. 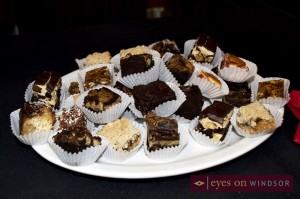 For the second year in a row the event will be held at Caesars Windsor in the Augustus Ballroom featuring a bigger venue to accommodate the popular demand of this event. Caesars Windsor is the presenting sponsor.

Eric Bonnici and Theresa Shpak from Eyes On Windsor are excited to support this event as members of the Battle Committee for the third year in a row. We are happy to be working with all the dedicated members of the committee.

Eyes On Windsor is also one of the proud media sponsors of the event. 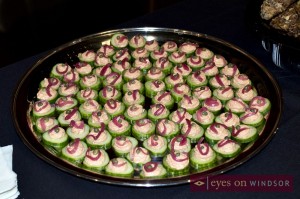 Funds raised through this event help to support Big Brothers Big Sisters of Windsor Essex’s 5 Youth Mentoring Programs which provide children in need with mentoring opportunities that are proven to help kids stay in school, avoid risky behavior such as bullying, and grow up to be more civic‐minded adults. We believe that changing the course of these young lives can in turn change our community’s future.

For more information or to purchase tickets contact Hayley Morgan at (519) 945-6232 ext.13 or Email:hayley.morgan@bigbrothersbigsisters.ca or visit: BigBrothersBigSistersWE.ca