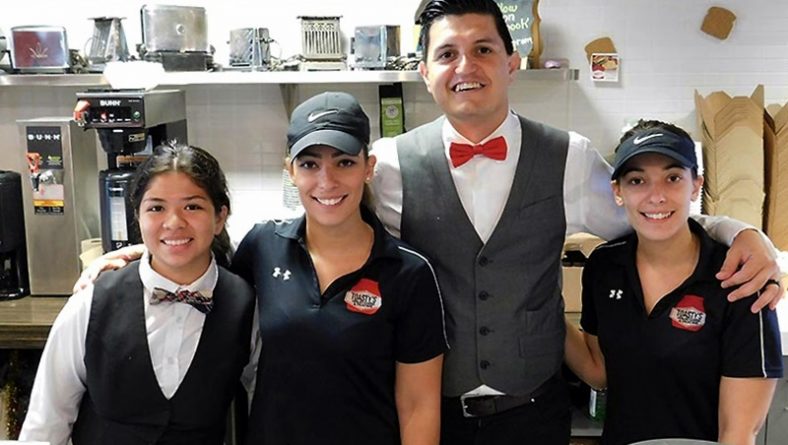 Sensing a need to take Windsor’s food and beverage scene to the next level, Sebastian Aguirre, Operations Manager of I Luv Coffee Roasters, packed up his newly acquired coffee roasting business and moved it to Windsor. On Friday afternoon he was building excitement for what are some mighty fine coffee offerings at downtown’s popular Toasty’s Grilled Cheese & Salad Bar restaurant. 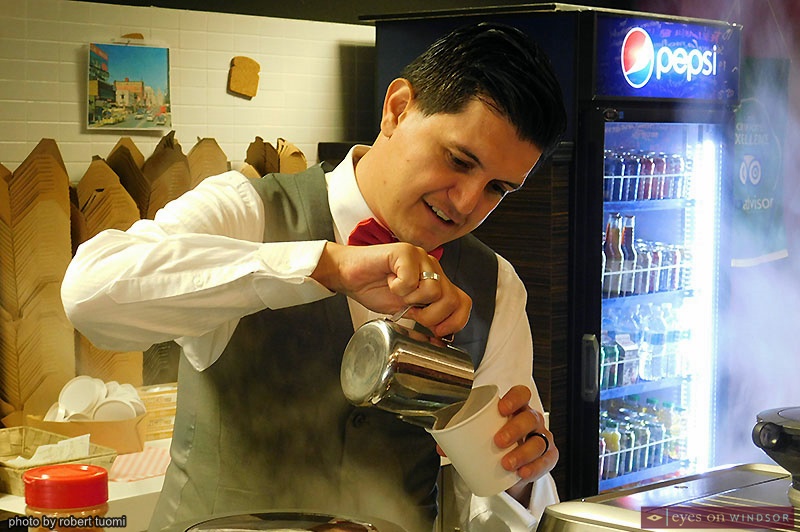 The sandwich vendor sells a variety of gourmet grilled cheese sandwiches as well as salads and soups and has been operating from what was once a Quiznos sandwich shop since 2013.

Although coffee seller Aguirre seems to have found his niche after moving into the java business from behind the camera as a television and movie assistant producer. He stills keeps close links to his former industry by supplying them with their joe.

This includes the cast and crew of Project 10 Productions of Toronto and Los Angeles – producers of CTV’s Jann program, starring Jan Arden, for one – and most recently filling the coffee cups over at the set of CBC’s popular situation comedy Kim’s Convenience. 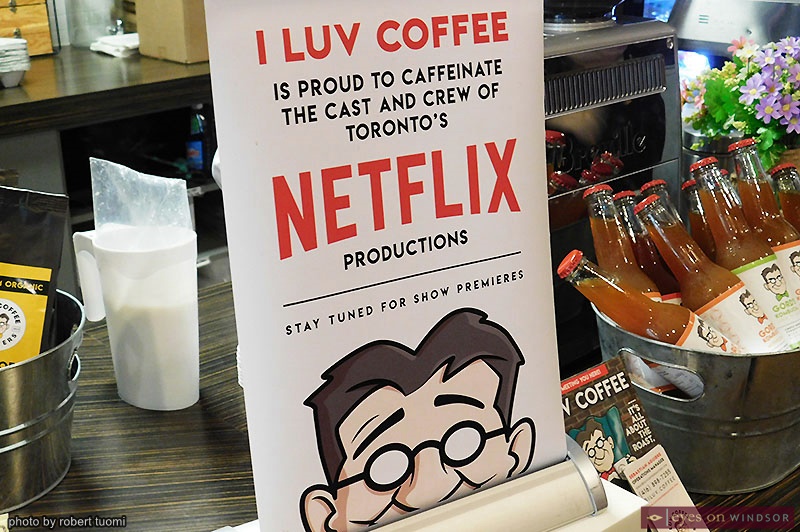 But while Toronto offers a solid market for his products, particularly bottled fermented tea, a big seller in the Queen City, Windsor is the place he wants to be if only because of its closeness to Detroit. He has already commenced building relationships in Motown.

His secret to his gourmet products, he tells Eyes on Windsor, are his coffee beans, sourced from around the world including Costa Rica and Papua New Guinea. He is quick to point out that there should be nothing holding Windsor back on the culinary front and firmly believes what is happening across the river will percolate south and positively influence the Rose City’s future. 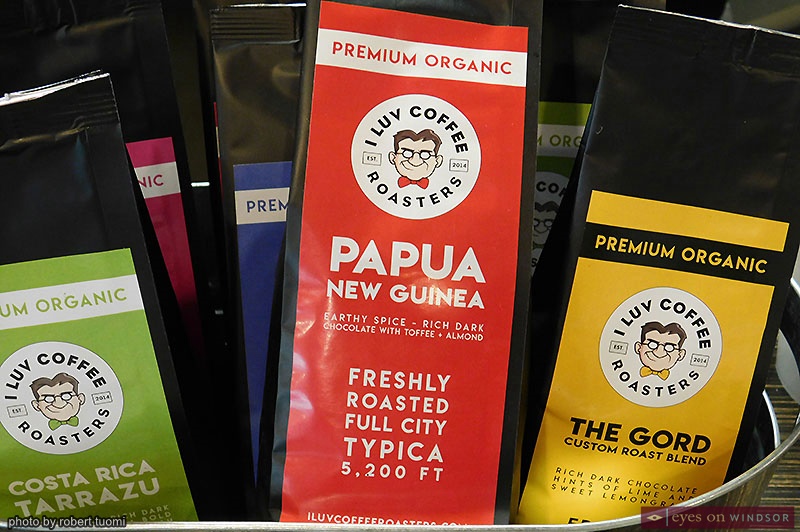 Downtown Detroit is enjoying a rather noticeable renaissance which includes more and more new restaurants. He sees part of his role as a coffee maestro to get Windsor’s denizens excited about how good food can get, especially if it is washed down with a little help from Gord.

Now, just who is this Gord? He is the omnipresent mascot of Aguirre’s company and appears on all of its products. He came by Gord honestly enough by buying the roasting business from a husband and wife team. Iconic Gord, he reveals, bears no less than a pretty good image of the husband in the team. 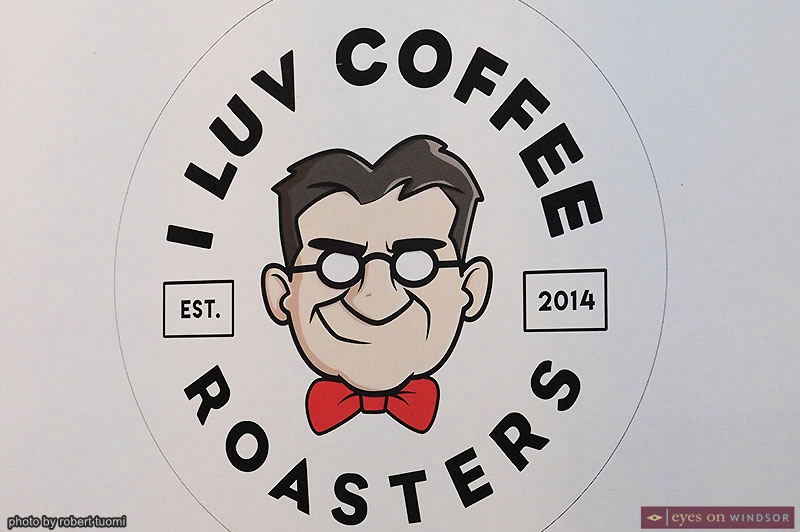 To honour the former owner, Aguirre offers a Gord option known simply as The Gord. The single origin espresso has, as the company’s website explains, “dark chocolate notes with a sweet lemon grass aftertaste.”

Other products include a Kombucha, roasted coffee from Papua New Guinea and an Ethiopian Yirgacheffe as well as Gord’s Cold Brew and a few others.

All of the beans used are roasted at I Luv Coffee Roasters local home on Rhodes Drive in Windsor. As well as Toasty’s, Aguirre plans of moving around the city to various event to introduce the local market to its newest coffee choices.

For more about I Luv Coffee Roasters visit https://www.iluvcoffeeroasters.com 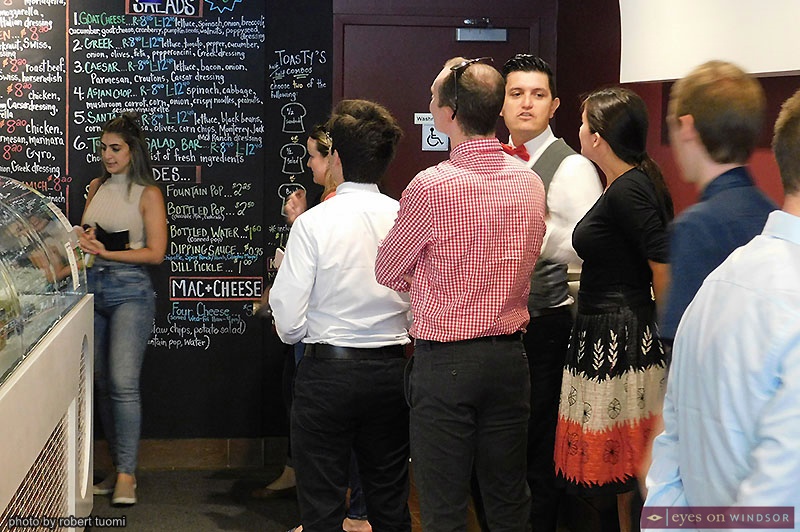