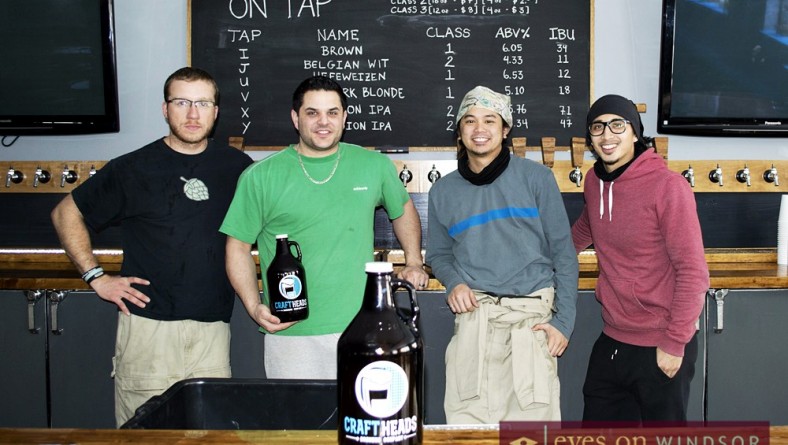 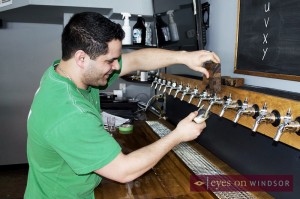 Located at 89 University Ave. W. co-owner’s Steve Fabischek and Bryan Datoc plan to serve 10 beers on tap including their Aardvark Blonde, which pays homage to Aardvark’s Blues Cafe (one of the former businesses at this location). Barista Ron Roy has also joined the Craft Heads’ team and will be serving specialty coffee at the brewery. In fact, “we actually put one of the coffee beans Ron uses in the Imperial Coffee Stout that will be served on opening night,” says Fabischek.

Eventually, all 30 taps will be flowing with their craft beer creations.

Food will be brought into the brewery from neighboring restaurants. Pizza will be available from Terra Cotta Gourmet Pizzeria. A special menu catered by two of the chef’s from Mario’s Restaurant will be available, “we sampled the food and it’s phenomenal, it’s basically gourmet pub food,” says Datoc. 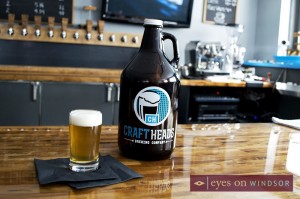 City of Windsor Ward 3 Counsiler Chef Rino Bertolin (Owner of Rino’s Kitchen & Ale House) will be on hand for the ribbon cutting ceremony. Bertolin will cut the ribbon when the festivities begin at 5pm.