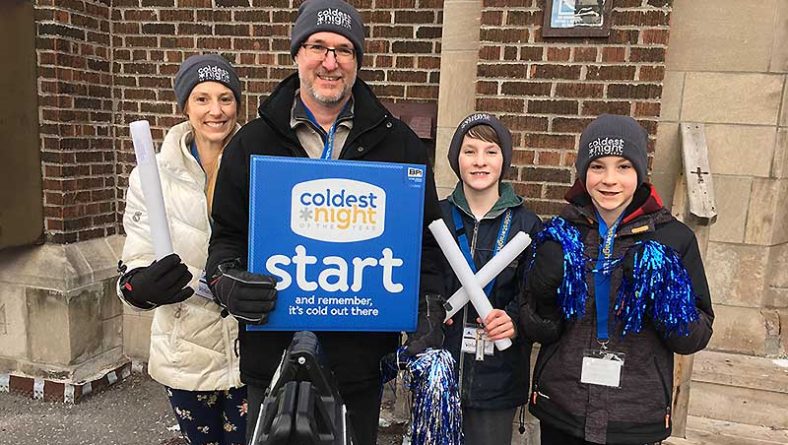 For the fifth year in a row, with the help of community donors and businesses, The Downtown Mission of Windsor recruited volunteers and participants to take part in The Coldest Night of the Year 2 km, 5 km and 10 km walk on February 24, 2018. Raising nearly $34,000 organizers say this was their most successful year yet.

Volunteers bundled up and participants walked long distances through the downtown core, braving frigid temperatures to show they cared for the hungry, homeless and hurting in their community. 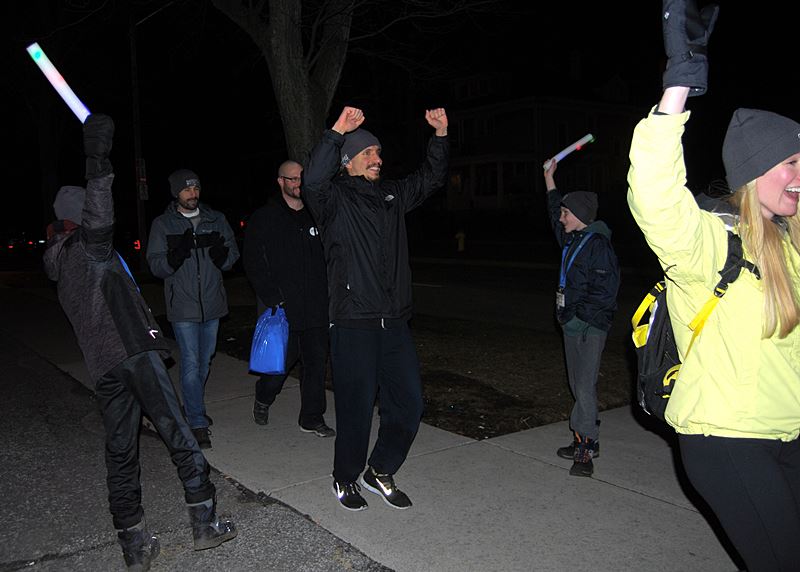 Participants of The Coldest Night of The Year Windsor walk cross the finish line out side The Downtown Mission of Windsor on Saturday, February 24, 2018. Photo submitted by Ruth Dunn

Saturday night saw 200 Windsorites walking in solidarity with more than 19,000 Canadians in 121 cities across the country, bringing awareness to homelessness and raising funds for local organizations.

According to homelesshub.ca, statistics released for 2016 show that 35,000 Canadians are homeless on a given night, at least 235,000 experience homelessness in a year.

Walkers met at The Downtown Mission. For most participants, it was their first glimpse into the Mission and at the services offered that help hundreds of thousands of people every year, serving more than 700 meals a day.

“There were 200 people in there and when I asked who is here at the Mission for the first time, there were a lot of hands that went up,” said Ron Dunn, executive director for The Downtown Mission of Windsor. 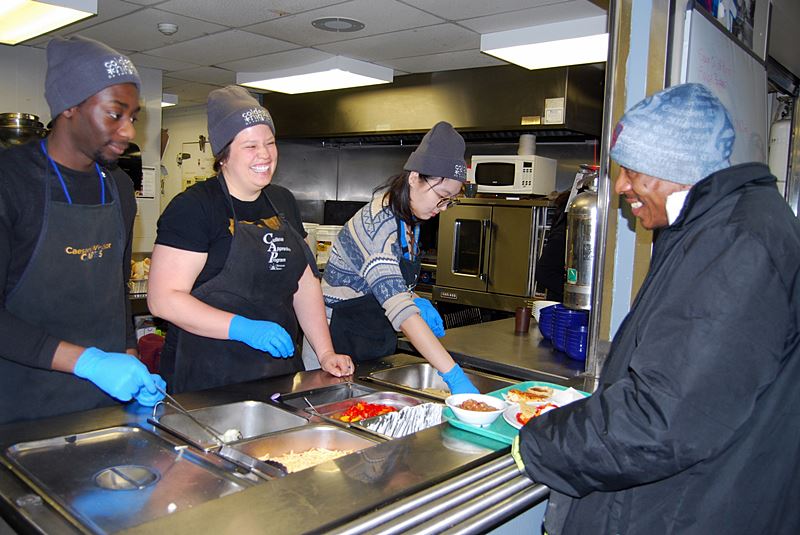 Meal being served at The Downtown Mission of Windsor during The Coldest Night of The Year event. on Saturday, February 24, 2018. Photo submitted by Ruth Dunn

After the walk, the 70 volunteers along with the participants were invited to stay and share a warm meal with the guests of the mission and talk.

“It’s my first time being homeless,” said Guy Caza, a guest at the Downtown Mission.

Caza appreciates the valuable services offered at the Mission. “I get food here and have a place at night, staying out of the cold.”

“The person who is the guest, they partake in meals here every day and I don’t know that they think about who is paying for it, who donated it. To see somebody who is helping you, helping somebody who you could never repay, the impact is huge.”

The Downtown mission realizes that events like this alone could never sustain them. The money raised goes a long way to helping, but it is the awareness to their successful monthly donor program and those who sign up as a result of events like this that keeps them running.

“If the 200 people out there that walked all became monthly donors and gave us $10 a month, that would be the miracle of this event,” said Dunn.

“That is the goal, to bring people in and have contact with them and hopefully they have seen or felt something that makes them want to continue.”

The mission understands that not everyone can afford to donate money but offers other suggestion to help them with their cause; organizing a food drive, spreading the word about their needs and events or volunteering at events or the Mission.

“The volunteers of today could potentially be the donors of tomorrow or maybe even need our help in the future,” said Dunn.

“it’s important to volunteer here because it gets me out into the community, meeting new people and just experiencing different things,” said Jeremy Peterson, event volunteer.

“Many people have different lifestyles and not everyone is fortunate, don’t take things for granted.” 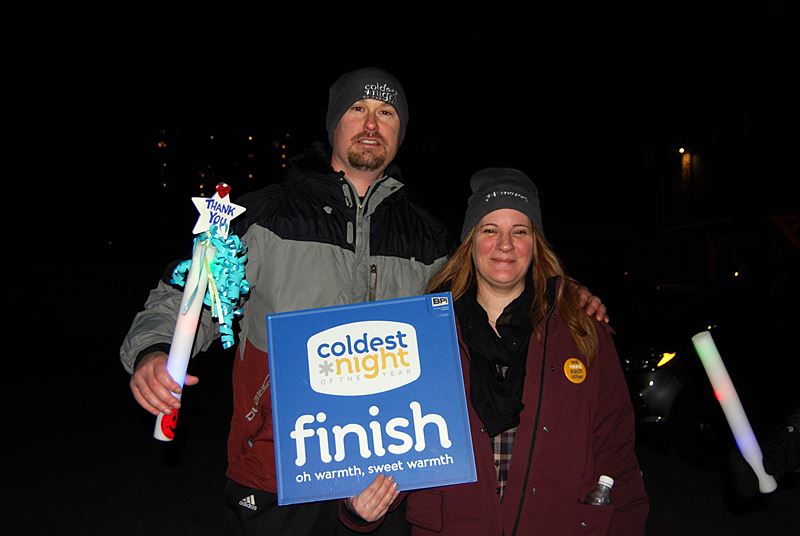 The annual Coldest Night Of The Year Walk is an example of one of many fun things to do in Windsor Essex. The added bonus is this event also helps those in our community who are in need.

For more information about The Downtown Mission visit https://www.downtownmission.com

Laurie is a student in the Media Convergence Program at St. Clair College. She is passionate about local businesses, community groups, non-profit organizations, and local events. She utilizes her popular WE Put The Win In Windsor Essex social media profiles to showcase the region and her “participation initiative” which strives to inspire pride, involvement, and engagement from members of the community.