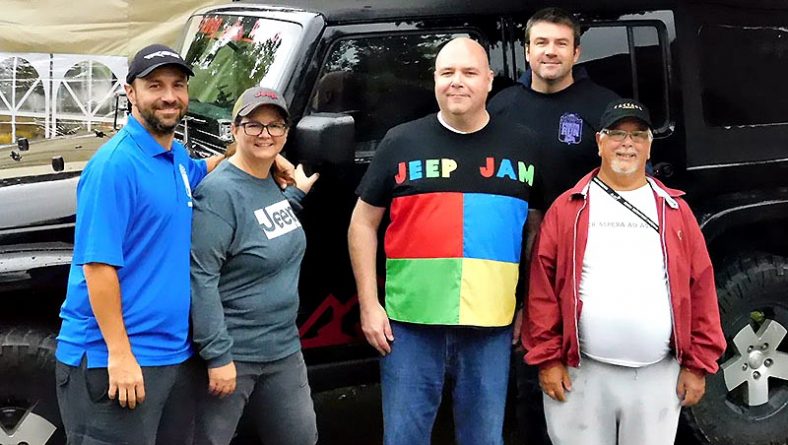 (Some of the organizers of the 5th annual Jeep Jam Poker run shown at Malden Park on Sunday, September 30, 2018. From left to right Greg Masse, Laura Kay, Darren Reybroek, Grant Bristow, and Chris Charbonneau. Photo above by Robert Tuomi / Eyes On Windsor.)

Anyone wondering where the Jeeps were on Sunday needed to look no further than Windsor’s west end Malden Park. There more than a 150 arrived to participate in the Windsor Jeep Club’s 5th Annual Jeep Jam Poker Run in support of Assisted Living Southwestern Ontario brain injury programs. 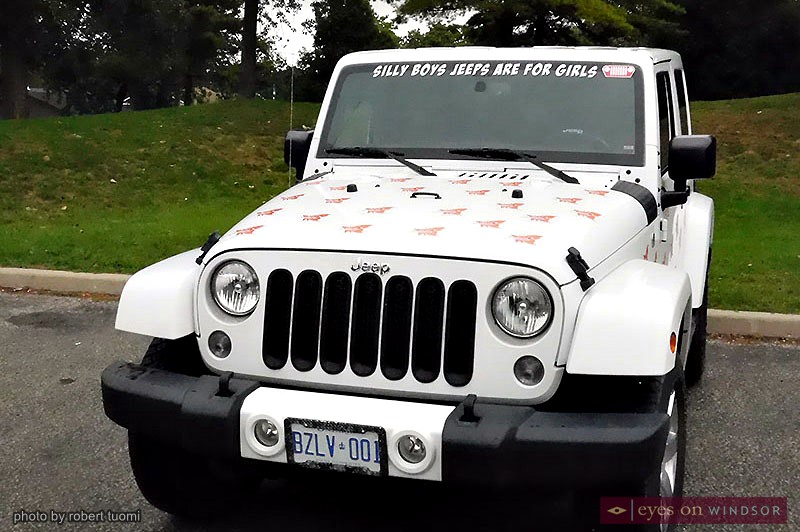 But they didn’t stay long, quickly, in convoy formation, they all headed out to Xcentric AutoSports on Oldcastle Road where they participated in rough road driving. While there, and at two other locations, the drivers collected cards for a rather unique poker game.

At each of the stops participants were given a playing card, each most likely hoping for a royal flush. Those feeling a little low in the card department had the opportunity to buy a few more to augment their hands.

Once back at Malden, they played their hands in the hope of winning a prized custom winch. 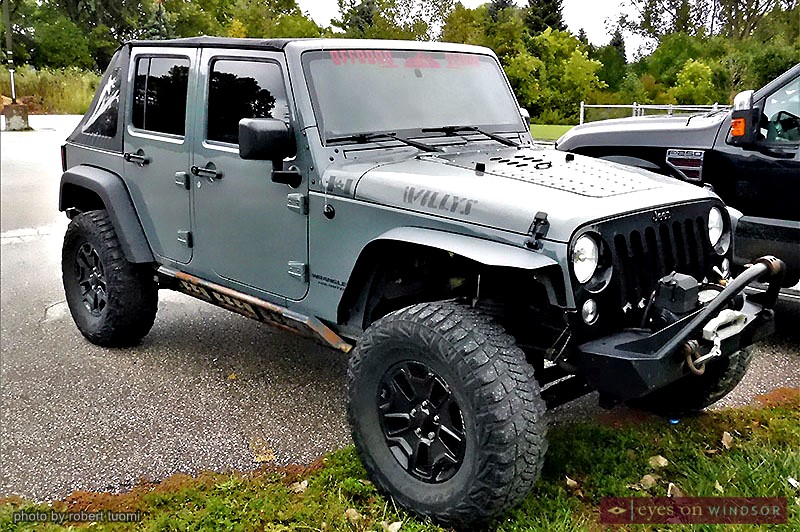 A Jeep with a Willys’ logo honouring the original Jeep maker, parked at Malden Park in Windsor, Ontario, during the Jeep Jam Poker Run on September 30, 2018. Photo by Robert Tuomi / Eyes On Windsor.

This is the fifth Jeep Jam organized by the local club and the first at Malden. Club members drive a wide range of Jeep rides, starting with a 1948 Willys. The rough terrain vehicles were first made for military use in World War II by the Willys company. Today, Jeeps that look like the original and others that have taken on a more luxurious SUV style and manner, are put together in Toledo, Ohio, at one of the continent’s largest Fiat Chrysler Automobile production plants. 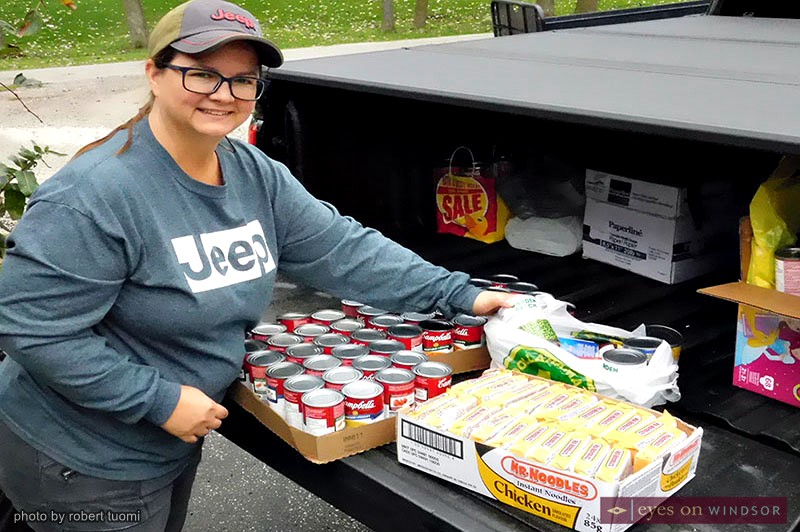 Jeep Jam Poker Run organizer Laura Kay loads canned goods, that were collected for food banks, into the back of a pickup truck, on September 30, 2018. Photo by Robert Tuomi / Eyes On Windsor.

An added component of the event was collecting canned goods. The back of a pick-up truck filled with donations just from the morning gathering and will be given to Stephanie’s Operation Smile. 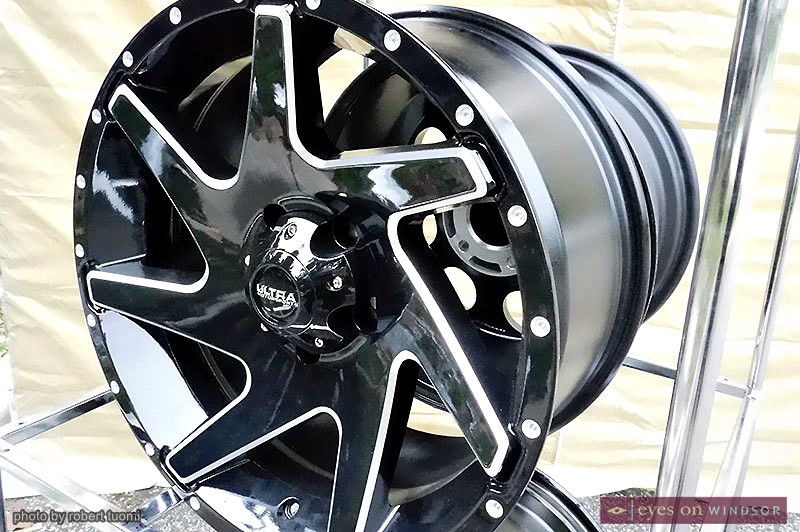 Jeep rim on sale by a vendor at the Jeep Jam Poker Run in Windsor, Ontario, on Sunday, September 30, 2018. Photo by Robert Tuomi / Eyes On Windsor.