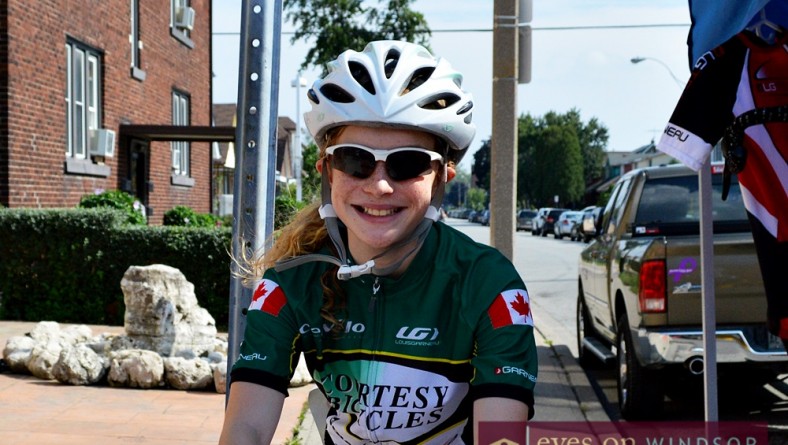 The 56th Annual Tour di Via Italia International Bicycling Races attracted spectators and competitors of all ages and experience levels from all over North America to Windsor’s Little Italy. This premier cycling event took place August 31, 2014, on the Sunday of Labour Day weekend.

This cycling race in the city streets, known as a criterium, has become an annual tradition attracting thousands of spectators and cycling fans who lined the streets to enjoy the event. From elite Professional cyclists to children’s races and fans having lots of fun, this year’s event was another success.

The pros speed at up to 50km/hr around the 1.8 kilometer track that ran along Erie Street, Parent Avenue, Gilles Boullivart, and Howard Avenue. Their 50 laps had them hugging wicked 90 degree turns at each corner.

The winners of the pro division celebrated with champagne on the podium. Bobby Lea outpaced last year’s winner for his first time win of the event, last year’s winner Jeff Schiller took second, and Paul Martin was third. Schiller was the only top 3 Canadian finisher, Lea and Martin are both Americans.

Several other categories of competitors were just as fun to watch from the Masters to Junior Women but the crowd absolutely adored the children’s races.

Pictured below are several moments from this year’s 56th Annual Tour di Via Italia.