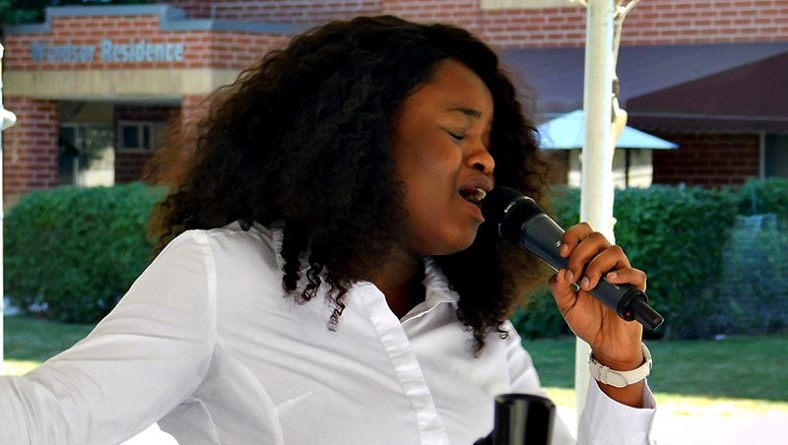 (Precious, of the Throne of Grace Redeemed Christian Church of God’s Restoration House choir, is an energetic bundle of talent who could easily make her way on any stage. Show singing in downtown Windsor on July 7, 2018. Photo above by Robert Tuomi / Eyes On Windsor.)

Uplifting is the best way to describe the music wafting throughout downtown’s streets on Saturday afternoon. But it wasn’t traditional rock and roll even though it had considerable rock elements in it. 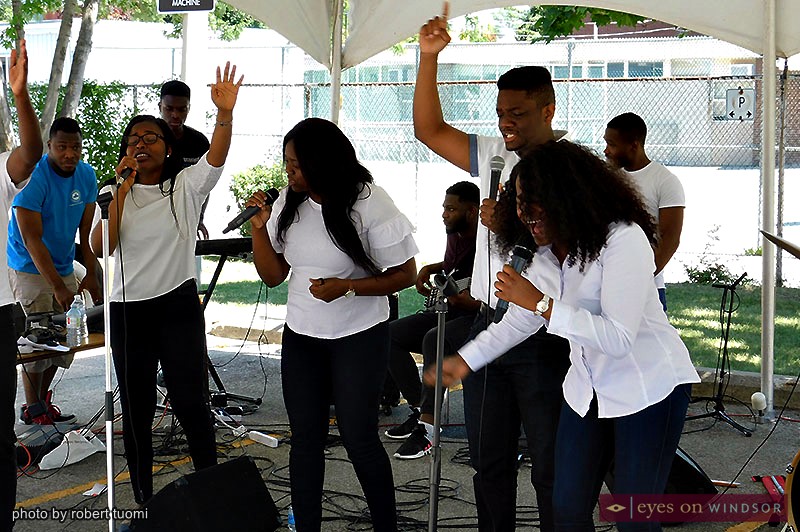 Instead it was more spiritual, part of the Throne of Grace’s outdoor and indoor 24 hour marathon of praise and worship. This is the congregation’s second downtown event after moving to the core eighteen months ago. For 17 years, it had been housed in the west end. 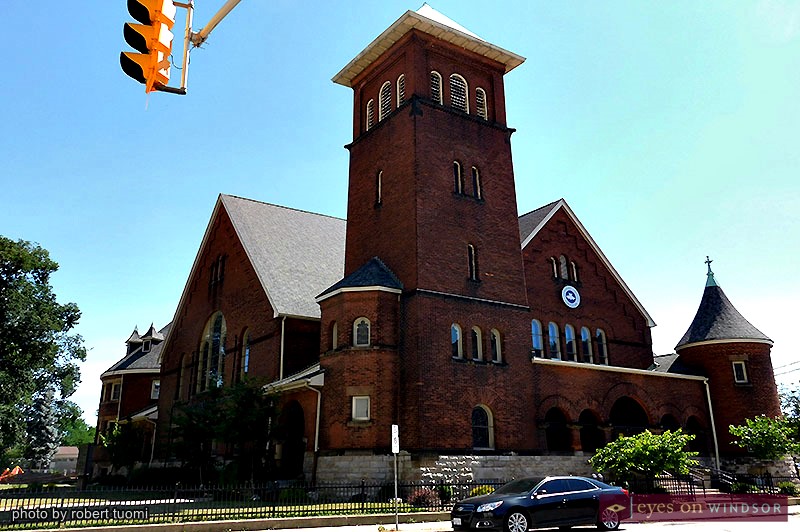 One of three Redeemed Christian Churches of God in Windsor, organizers had lined up choirs from both and other churches as well to keep the tempo going, and going it was.

These days, church choirs add a little rock to their music, if only to get parishioners up out of their seats. With tambourine in hand, Pastor Grace Ugbeye was seen leading her flock in moving to the music while praising the Lord. 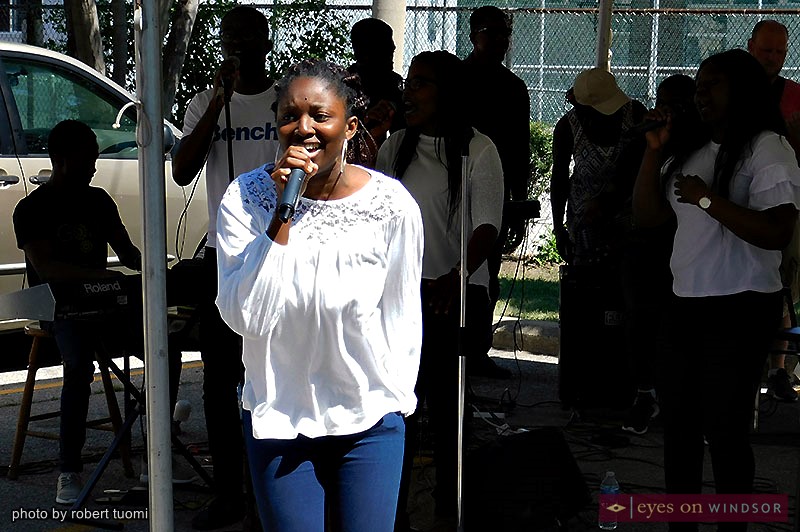 Abolaji Falo, of the Restoration House Choir, sings up a storm at the Throne of Grace’s 24 hour marathon of praise and worship in downtown Windsor. on July 7, 2018. Photo by Robert Tuomi / Eyes On Windsor.

Possibly one of the reasons church choir music has become so contemporary at the Redeemed churches could be the ages of their members. Eyes on Windsor was told 85% of the congregation are young, including University of Windsor international students.

Many are also Nigerian, although not too much of a surprise. The church has its roots in that African nation. 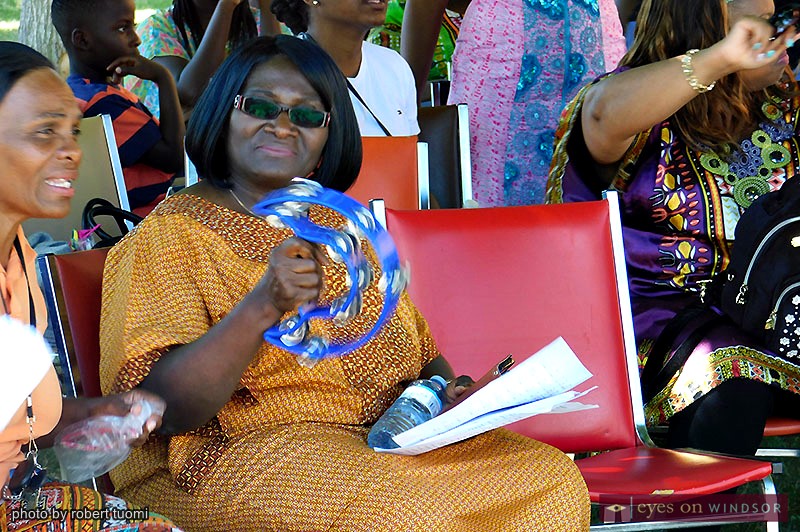 Whenever seated, Throne of Grace pastor Grace Ugbeye put her tambourine to good use during the church’s 24 Hour Marathon of Praise and Worship in downtown Windsor on July 7, 2018. Photo by Robert Tuomi / Eyes On Windsor.