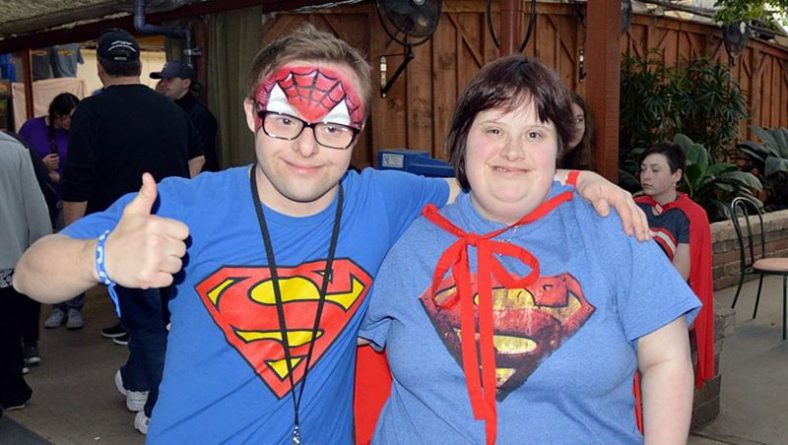 Born with Down Syndrome, Andrew Banar and his mom Karen, the team of real-life superheroes behind Group Hug Apparel, held their 4th Annual Rock Your Socks fundraiser dinner at Colasanti’s Tropical Gardens on Friday, April 20, 2018.

Guests were invited to wear their craziest wildest socks, Group Hug Apparel T-shirts and dress as their favourite superheroes (the theme of the this year’s event). People wore capes, costumes, and superhero attire.

Andrew dressed as Spiderman, his favourite superhero during the event. 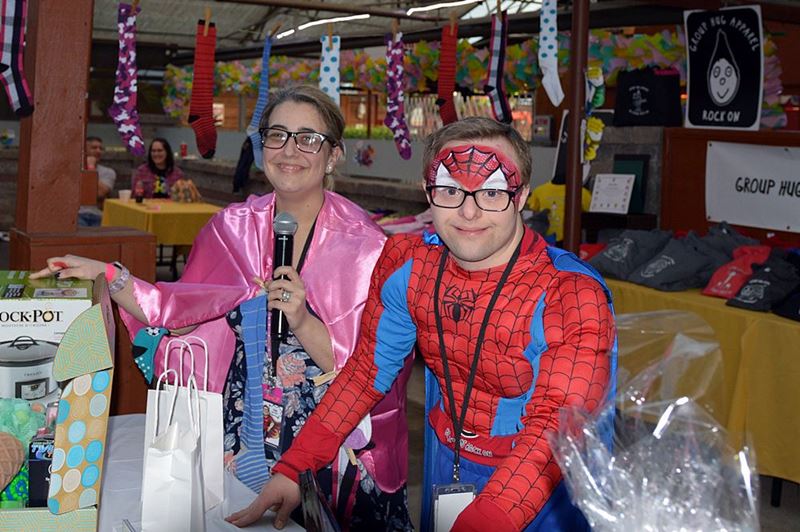 Proceeds from the event goes to support Andrew’s Helping Sick Kids One T-Shirt At A Time Campaign. Andrew sends his t-shirts, a stuffed animal, and a special handwritten note to children worldwide when they face illness and medical treatment. He will even deliver the packages in person whenever possible. His goal is to encourage these children to be brave and strong during their health challenges. After all, Andrew and his family understand, from first hand experience, the challenges of battling health issues and spending time in the hospital. 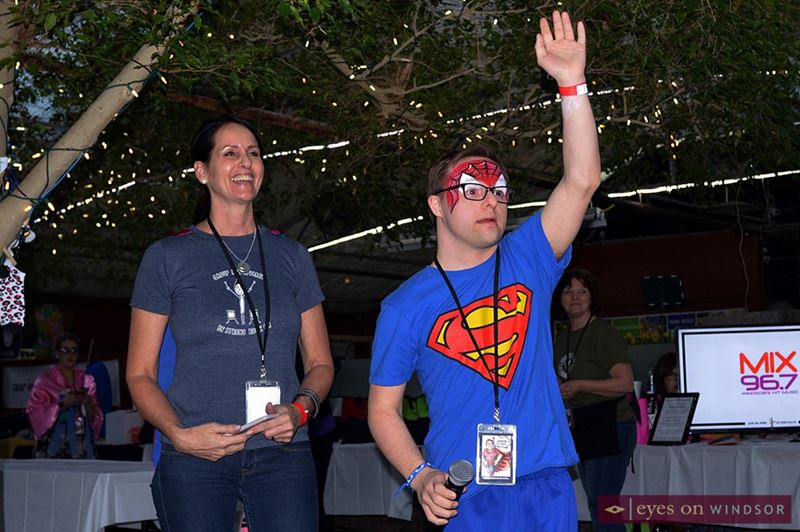 Andrew also donates a portion of the funds he raises from events and merchandise sales to local charities such as W.E. Care For Kids Foundation, Children’s Health Foundation, Community Living Essex County, and Transition to Betterness.

In the past 11 years Andrew has raised over $90,000, which he donates to charities or puts towards his Helping Sick Kids One T-Shirt At A Time Campaign. Group Hug Apparel’s 4th Annual Rock Your Socks event raised a total of $8,500, with over $31,000 in total over the past four years of holding the fundraiser.

Group Hug Apparel t-shirts and merchandise can be purchased online at http://grouphugapparel.com

In addition, Andrew and Karen attend many community events and festivals throughout Windsor Essex where they also sell merchandise. 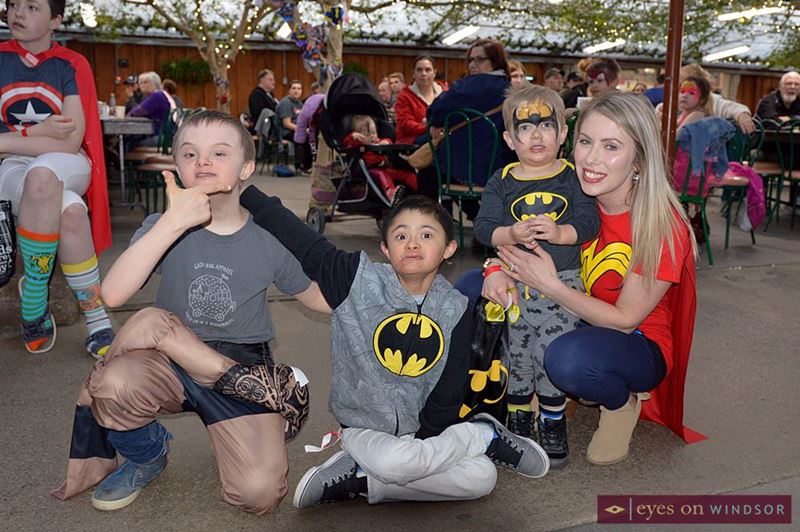 Participants of Group Hug Apparel’s 4th Annual Rock Your Socks event took time to pose for a picture in their superhero costumes on Friday, April 20, 2018.

World Down Syndrome Awareness Day, also known as Rock Your Socks Day, is annually observed on the 21st day of the 3rd month (March 21). The day recognizes the triplication of the 21st chromosome which causes Down Syndrome. People around the world wear socks with wild colours and designs to celebrate the uniqueness, accomplishments, achievements, and kindness of those with Down Syndrome. 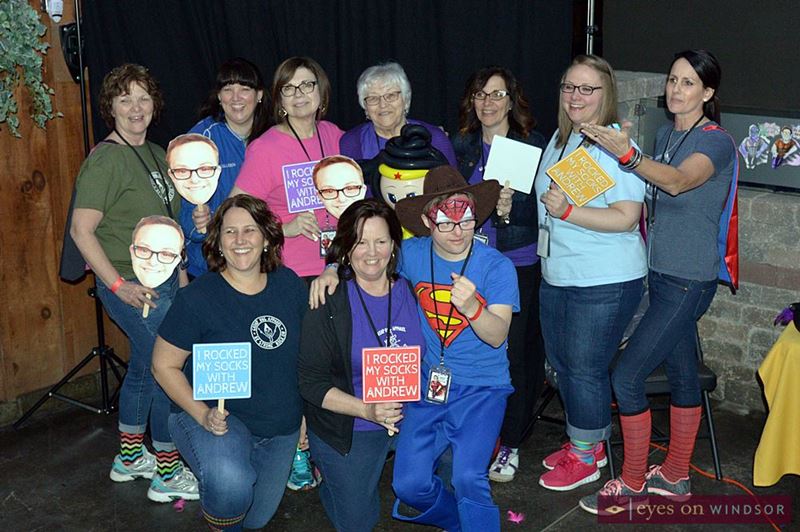 The 4th Annual Rock Your Socks organizing committee prepare for a group picture at a photo booth operated by Bianca Bennet on Friday, April 20, 2018. Photo by Eric Bonnici / Eric Bonnici.

While Group Hug Apparel started out as a T-shirt company, featuring Andrew’s “be strong, rock on” drawings on them, it has evolved into a community icon of inspiration and goodwill. Andrew is the face of the Group Hug Apparel brand. He donates and volunteers with numerous community organizations. Andrew is often invited to speak to different groups, including school children, where he shares his inspiring story.

Andrew has been recognized for his leadership, entrepreneurial success, and for being a positive role model, all while working part time at Colasanti’s Tropical Gardens and operating Group Hug. The business began as a way to raise funds so Andrew could attend college. He graduated from the class of 2014 at St. Clair College and has received numerous honours and awards over the years. In 2017, Andrew was honoured with the St. Clair College Alumni of Distinction Award. In addition, Andrew received a 2015 Canadian Down Syndrome Hero Award, and a 2012 Queen Elizabeth II Diamond Jubilee Medal (presented to him by Essex MPP Taras Natyshak). More recently, Andrew was honoured with a United Way Leadership Windsor/Essex 40 Leaders Under 40 Award for his commitment to community service. 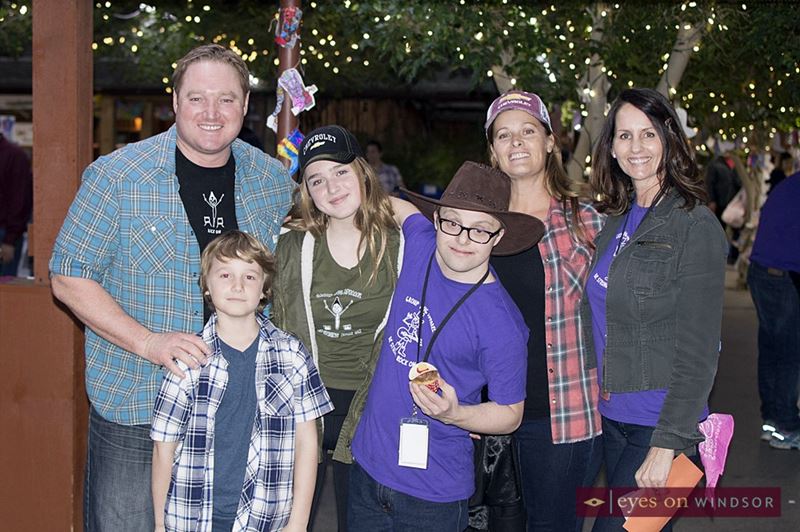 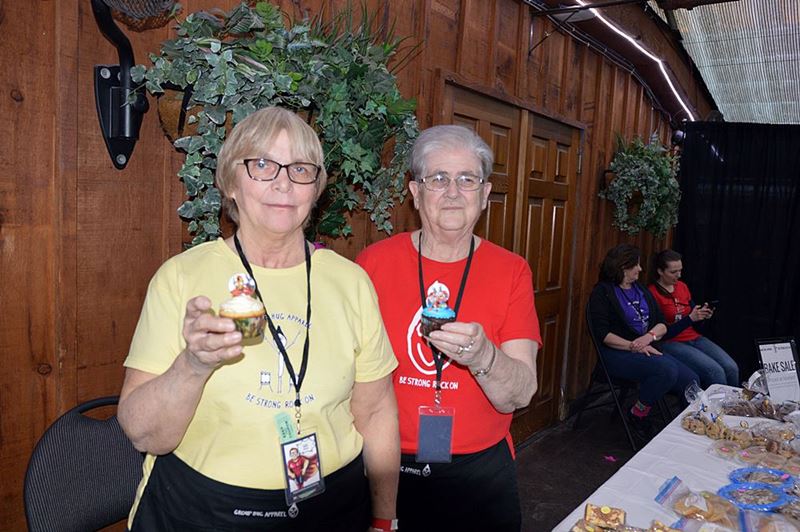 Volunteers holding cupcakes that were being sold during a bake sale that took place at the Group Hug Apparel Rock Your Socks event on Friday, April 20, 2018. 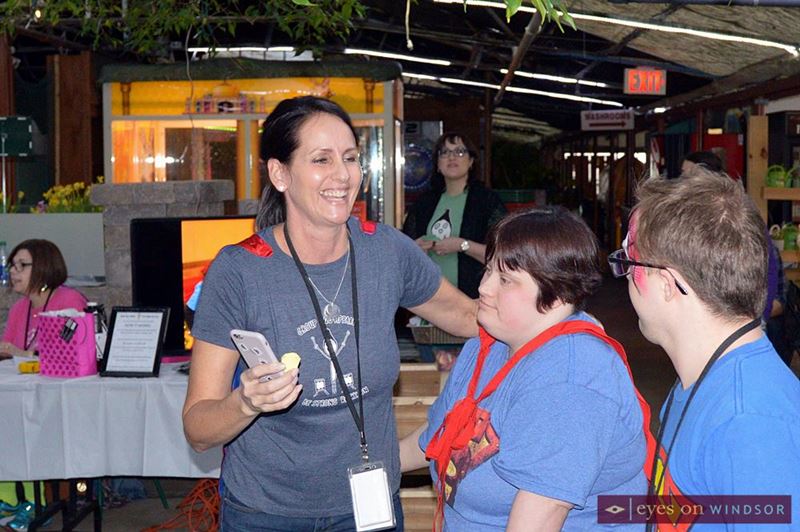 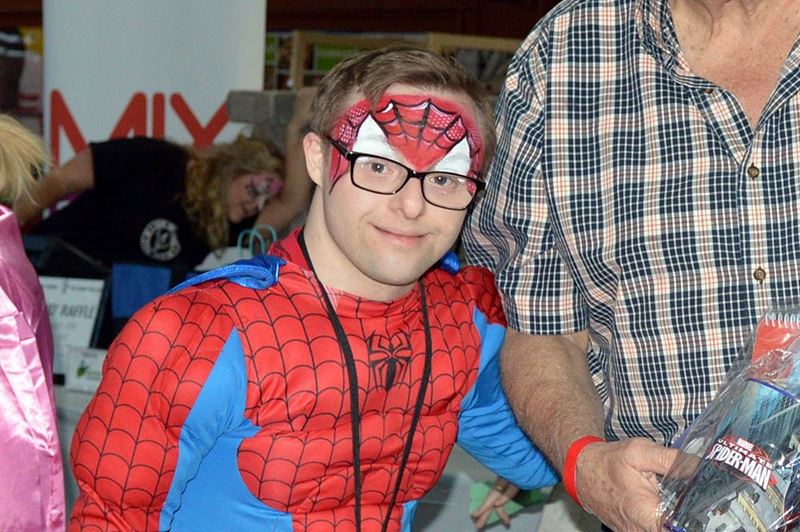