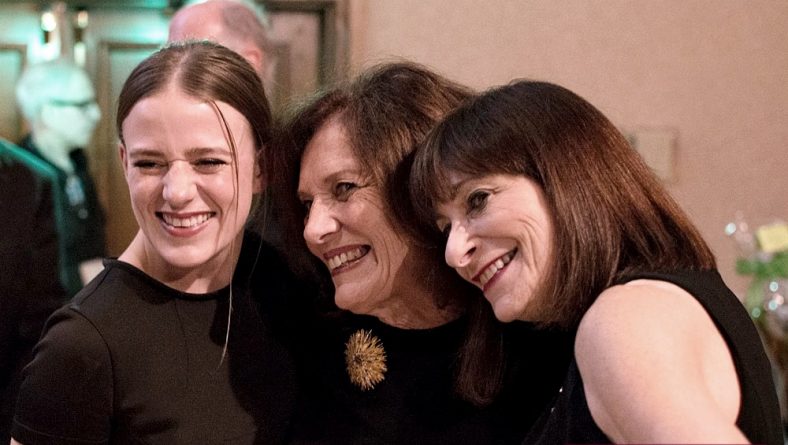 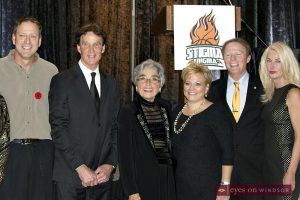 Each year Stigma Enigma features a celebrity speaker who shares their personal stories and struggles at the annual event to raise awareness about mental health issues.These familiar faces help the organization in its mission to eliminate the stigma surrounding mental health, encouraging non-judgemental conversations about it and inspiring individuals to reach out for help in times of distress.

Throughout her life Trudeau has struggled with the challenges of depression and bipolar disorder. She spoke to a sold out crowd of over 800 telling her relatable, engaging, at times comical and extremely personal story. 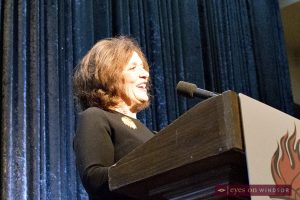 Trudeau captivated the crowd with wild tales of manic episodes which included running off to party with the Rolling Stones and escapades with Mick Jagger. On the other extreme Trudeau’s depressive episodes included crippling dark days of despair where she couldn’t find any motivation to live life, let alone brush her hair, for days at a time.

An important point during Trudeau’s talk was getting people to accept help, especially starting a young age if necessary, to help prevent impulsive life altering decisions. One example, is preventing teen suicide.

Nancy Campana of Nouveau Event Planning helped organize and publicise the Stigma Enigma event and can relate to the horrors of mental health issues. Campana’s son Rocky faced depression and took his own life at just 23 years of age. The Campana family have been strong community supporters advocating for mental health, suicide prevention and the local LGBT community through their five year commitment to the annual Run for Rocky – Benefiting Gay Straight Alliances. The Run For Rocky Finale will take place on April 9, 2017. 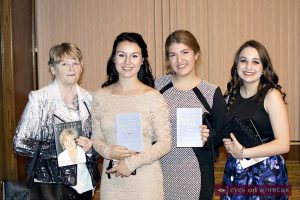 Trudeau autographed copies of her books Changing My Mind and The Time of Your Life and was available for photo opportunities after she shared her personal experiences.

Connie Martin, Executive Director of Maryvale stated that “The influx of this enormous donation has allowed us to hire two full time therapists to significantly increase the number of teens seen who are currently waiting for counselling-which is a high demand area. In excess of 100 teens that are currently in great distress will now be able to be counselled quickly. These teens may otherwise have had to wait extended periods of time for counselling or fallen through the cracks.” 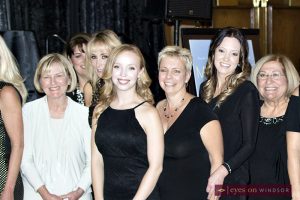 In addition to raising $127,185.00 at their last event, Stigma Enigma has also announced their 2017 event will take place on Saturday November 11 at the Caboto Club of Windsor. Tickets will go on sale in early August for this event.

Four-time Olympian Silken Laumann, one of Canada’s most inspirational leaders and bestselling author will be the featured guest speaker. 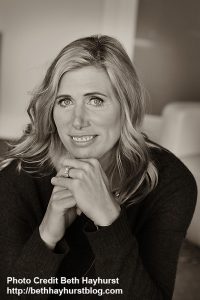 Silken’s Olympic story is legendary and inspirational. As reigning world champion, Silken fought back from a devastating rowing accident to win a bronze medal in the 1992 Summer Olympics in Barcelona. Her stunning 10-week recovery and her courage in the face of almost insurmountable obstacles endeared her in the hearts of Canadians. Silken was inducted into the Canadian Sports Hall of Fame in 1998, having won three Olympic medals and four World Championships. She is also the two-time winner of the Canadian Female Athlete of the Year award and recipient of the Lou Marsh award in 1992, as Canada’s top athlete. Although her competitive rowing career ended in 1999, her ability to inspire continues.

Silken is authentic and honest about her life journey. In her memoir, Unsinkable, Silken shines a spotlight on all the obstacles she has encountered and overcome.

Laumann will share her personal story and struggles with anorexia, cutting and other self-harming behaviour at the 4th Annual Stigma Enigma Mingle For Mental Health in Windsor, Ontario on November 11, 2017.