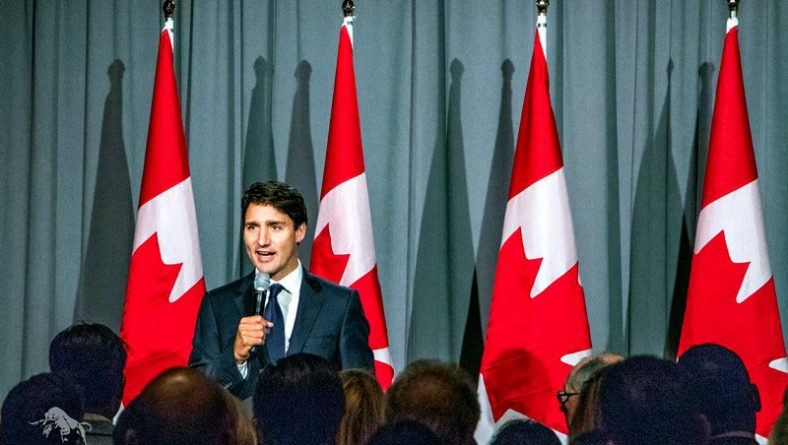 Prime Minister Justin Trudeau visited Windsor, Ont. to host a fundraiser dinner and meet-and-greet to help support the Liberal Party’s campaign in the 2019 election. The event took place Oct. 4 on the second floor of the Art Gallery of Windsor where the prime minister invited volunteers, supporters and the media to join him for a night of drinks, food and celebration in light of the new United States-Mexico-Canada Agreement (USMCA) replacing the North American Free Trade Agreement (NAFTA) and the groundbreaking ceremony for the construction of the Gordie Howe Bridge on Oct. 5.

Prior to the meet-and-greet, Trudeau gave a speech about some of his office’s achievements over the last three years including lowering taxes for the middle class and the Canadian Child Benefit which has, “helped nine-out-of-ten Canadian families and lifted 300,000 kids out of poverty.”

Trudeau mentioned the economical growth and unemployment rate as well and said, “we have the lowest unemployment rate in 40 years and these are the kinds of things that give people confidence about the future.”

He also added that the Liberal Party focused on, “more than just being about redistribution… it was about giving confidence to a middle class that was worried about its future.”

The focal point of his speech however was unity nationwide.

“Positive politics… is something that we’ve been working on hard for the past three years to try and make sure that we do politics in a way that brings people together rather than drives them apart. That recognizes there is anxiety out there that focuses on ways to allay the fears and anxieties by putting forward solutions by bringing people together instead of looking to exacerbate differences or amplify fears and anxieties,” said Trudeau. “We know that’s good for short term boosts in electoral decisions, but becomes really hard to govern when you’ve divided people one against the other.”

Trudeau added, “I think that’s what we’ve been able to demonstrate over the past three years as we’ve tried to pull Canadians from coast to coast to coast together to look towards the future with optimism and be ready to roll up our sleeves and work hard.”

Along with all the achievements Trudeau mentioned, he still believes there is more work to be done.

“There are still parts of the country where I think we need to do a better job of listening, of drawing together and involving you in the solutions,” said Trudeau. “One of those areas definitely is the tip of Southwestern Ontario — particularly the Windsor region — so thank you very much for being here tonight.” 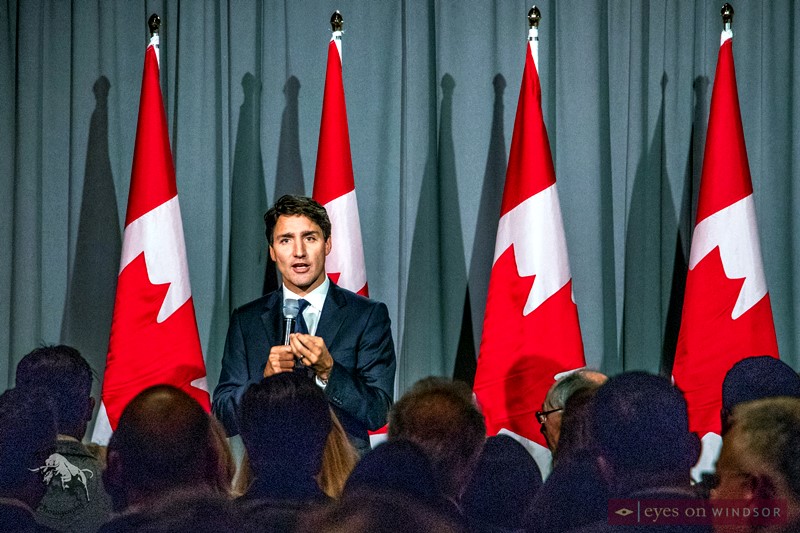 Justin Trudeau, Leader of the Liberal Party of Canada, delivering remarks to supporters at an open Liberal fundraising event in Windsor, Ontario, at the Art Gallery of Windsor, on October 4, 2018. Photo by Noah Gecelovsky / Eyes On Windsor.

Trudeau concluded with his opinion on how he saw politics in the modern day.

“Politics should be all about how we actually come together to work together to build a better future. That doesn’t seem to be what it’s all about. We all seem to get wrapped up in identities. ‘What colour are you? What’s your background? Where do you vote?’ People don’t want to define themselves as one thing or another. Everyone wants to be part of a greater solution. We have to actually start having real conversations.” 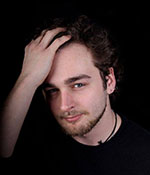