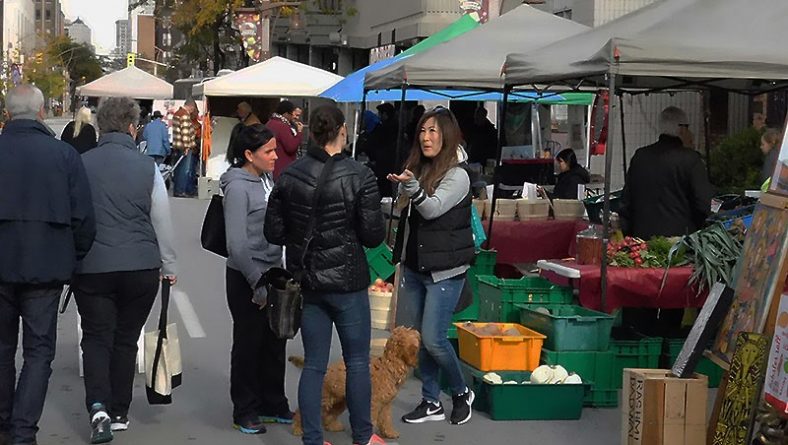 Saturday is last call at the Downtown Windsor Farmers Market. This year was so successful, three extra weekends were added to the schedule with the final market set for Saturday, Oct 27, with a Halloween theme. There will also be the regular cast of farmers and vendors offering fresh vegetables, fruits, baked goods and even art.

Originally the market was to end on October 6. Even without the extension, organizers talk of a highly successful year especially with a new emphasis on families. As a result, market manager Steve Green told Eyes on Windsor, this year’s run had not only more vendors but more families as well. 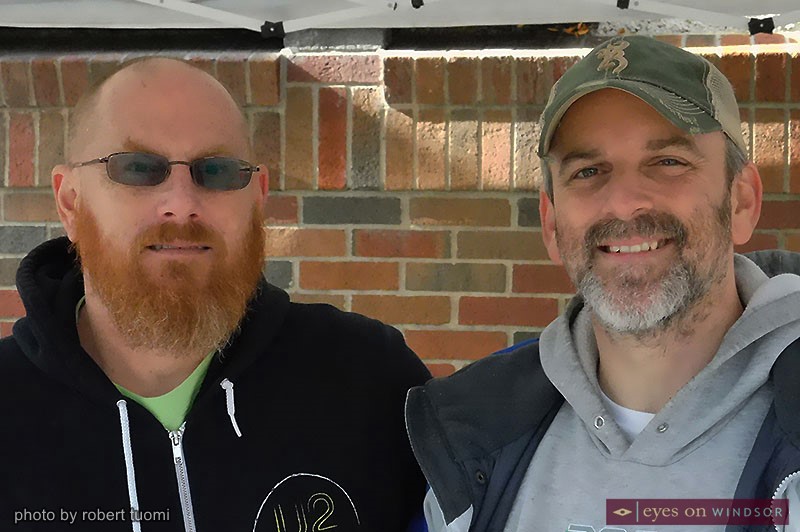 Markets, like Windsor’s, do have a challenge, reasoned assistant manager Robert Ross, competing with the modern day supermarket. A key in his agenda for the year was to introduce more families to local farmers, something that just doesn’t happen in the aisles of large grocery sellers.

That, he adds, is all part of an effort to turn the market into a destination. A new children’s play area was added. Ross describes it as a crowd pleaser, giving something for the children to do while the parents moved among the vendors. 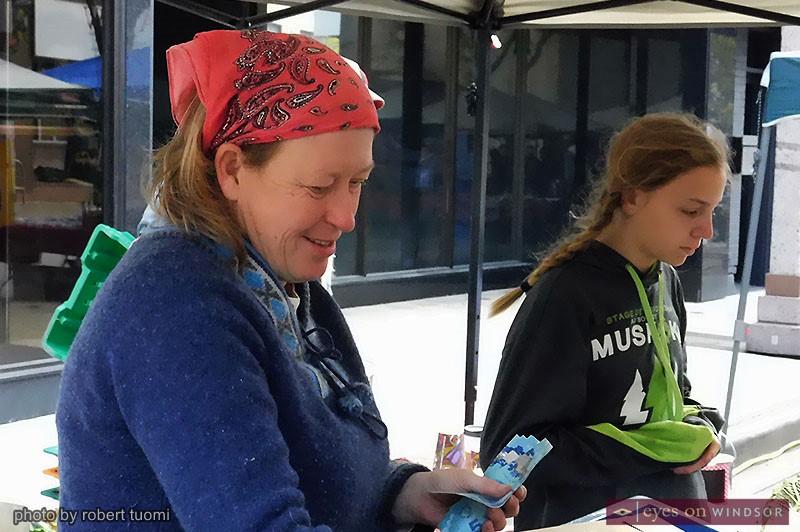 Leslie Labbe of Our Farm Organics at her organic vegetable vendor booth at the Downtown Windsor Farmers Market on Saturday, Oct. 20, 2018. Photo by Robert Tuomi / Eyes On Windsor

One of the market’s original stands, Our Farm Organics, also reports another good year. Leslie Labbe, managing a booth chock full of just picked vegetables, was aided by her children. Her sons, she says, grew up in the market. When they were young, they are now in their teens, they’d all rise at 5am in the morning to leave their Kingsville home to head to Windsor. 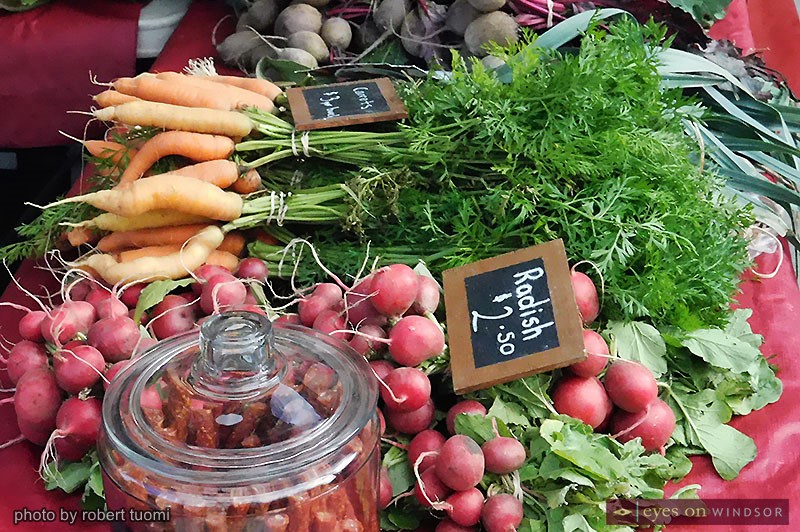 A selection of organic vegetables from Kingsville’s Our Farm Organics at a vendors booth at the Downtown Windsor Farmers Market on Saturday, Oct. 20, 2018. Photo by Robert Tuomi / Eyes On Windsor.

While Saturday will put a pause on the Windsor trips, she plans to return next year.

A highlight of the market is live entertainment. Well-known names include Michael Hargreaves as well as A.J. Vanden Berghe, expected to be on hand for the market’s last edition. 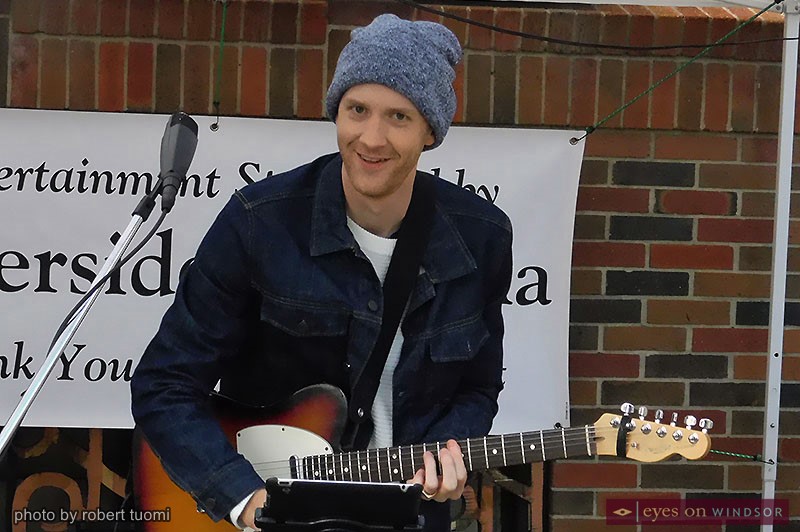 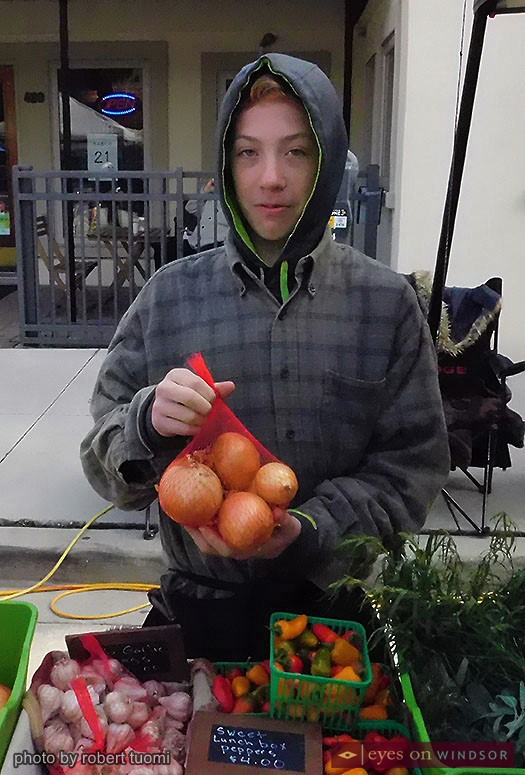 Luc Labbe of Our Farm Organics holds a bag of organic onions from his family farm in Kingsville during the Downtown Windsor Farmers Market on Saturday, Oct. 20, 2018. Photo by Robert Tuomi / Eyes On Windsor