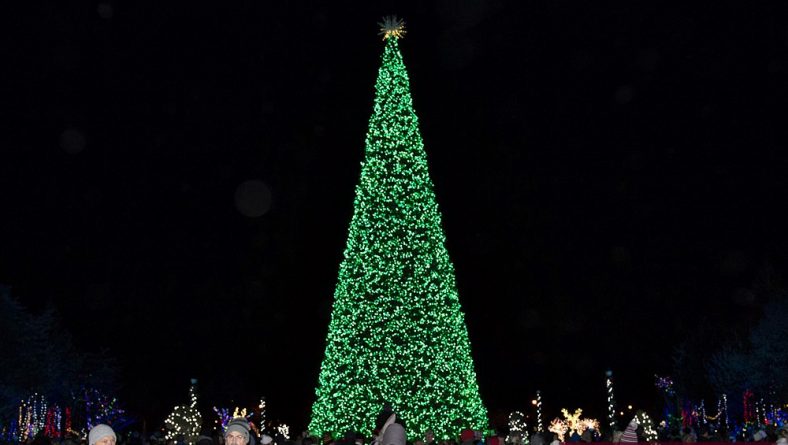 Thousands of people smiled as the giant 64 foot high-tech Christmas Tree was lit during opening ceremonies that kicked off the inaugural Bright Lights Windsor Festival in Jackson Park on Friday, December 8, 2017.

Hundreds of thousands of holiday lights on displays throughout the park around the tree are a spectacular site to see. The giant tree even blinks and flashes to the beat of music!

During opening ceremonies a wonderful rendition of “I’d Like To Teach The World To Sing (In Perfect Harmony)” was performed by the talented Emily Hayes. The crowd joined in and sung along while holding candles up and swaying them in the air. Then Mayor Drew Dilkens officially lit the tree by calling upon Amazon’s Alexa to flick the switch (a cool way to incorporate technology and the Windsor/Detroit bid for Amazon’s second North American headquarters into the event).

We even spotted the Croatian St. Nicholas (Sveti Nikola) and the more familiar man in red, Santa Claus.

Although it was a chilly night people warmed up with hot chocolate being served by the W.E. Care for Kids Hot Chocolate Brr..gade, hot apple cider being served by WindsorEats, and delicious eats from Road Chef food truck.

Due to ongoing popularity and requests from the community for more opportunities to visit beyond the current severe cold snap, Bright Lights Windsor will now continue until Tuesday, January 9, 2018 (closing at 10:00 p.m.).

Enjoy the brilliant display of lights illuminating Jackson Park each evening including the giant illuminated tree in the Queen Elizabeth II Sunken Gardens from 5:30pm to 10:00pm. In addition, check out the thousands of lights and a host of iconic holiday characters throughout the park.

Festive performances happen on Friday and Saturday evenings between 6:00 p.m. and 7:00 p.m.

Bright Lights Windsor is a Signature Event in the Celebrating2017 Initiative – helping to mark Windsor’s 125th birthday, along with the 150th anniversary of Ontario and Canada in 2017. 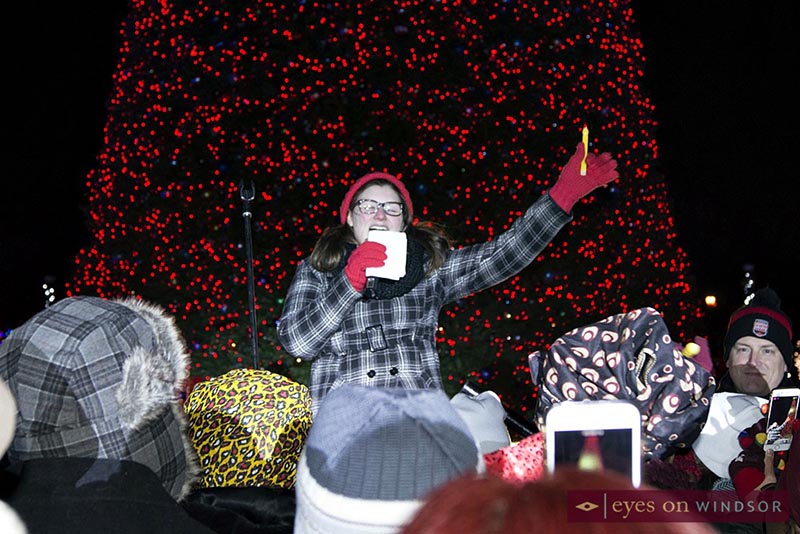 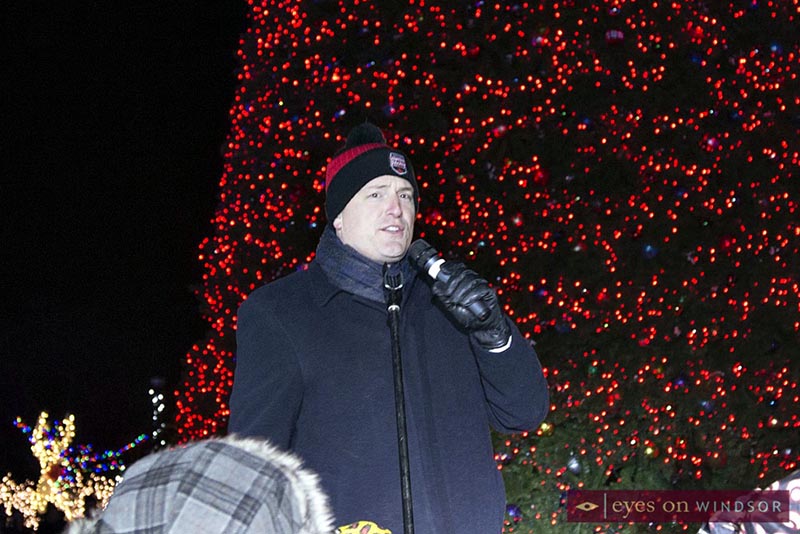 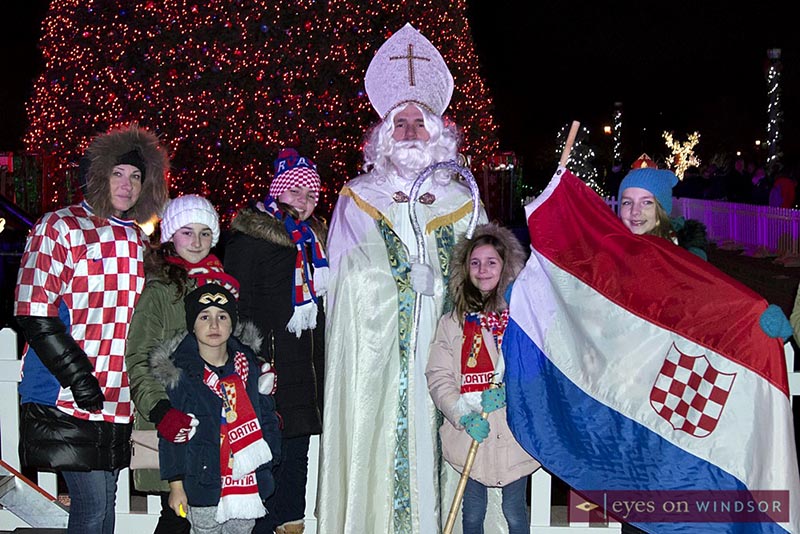 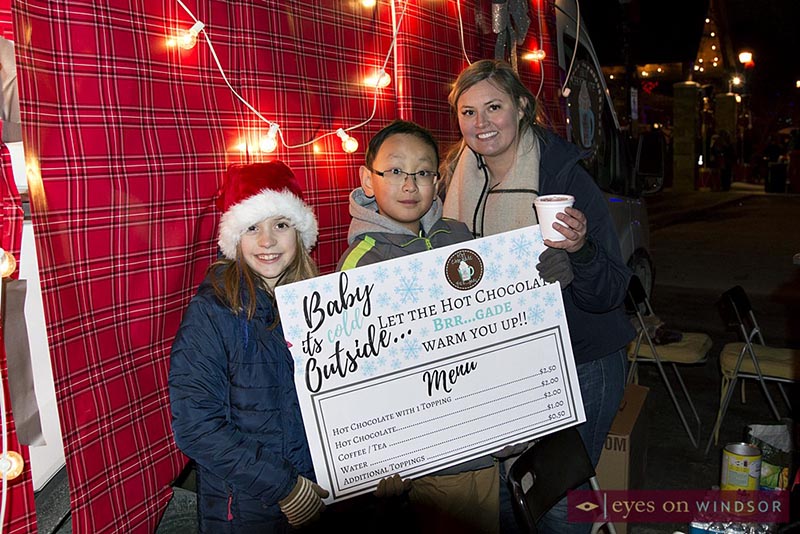 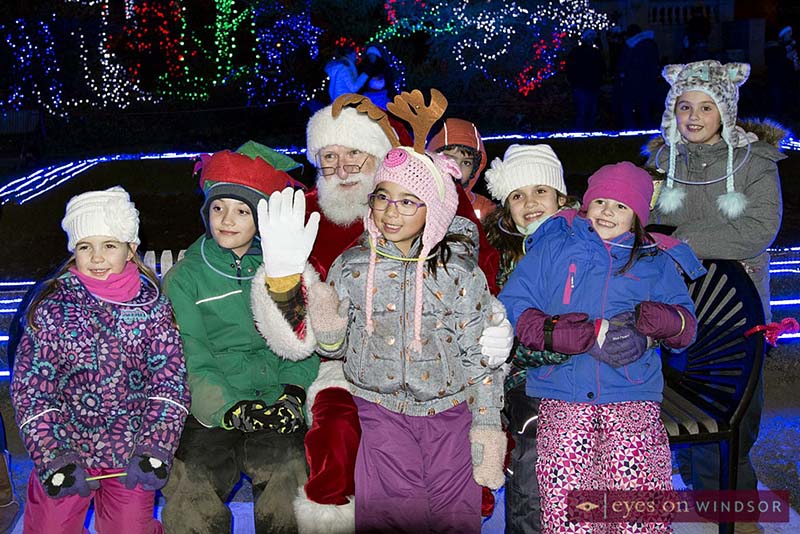 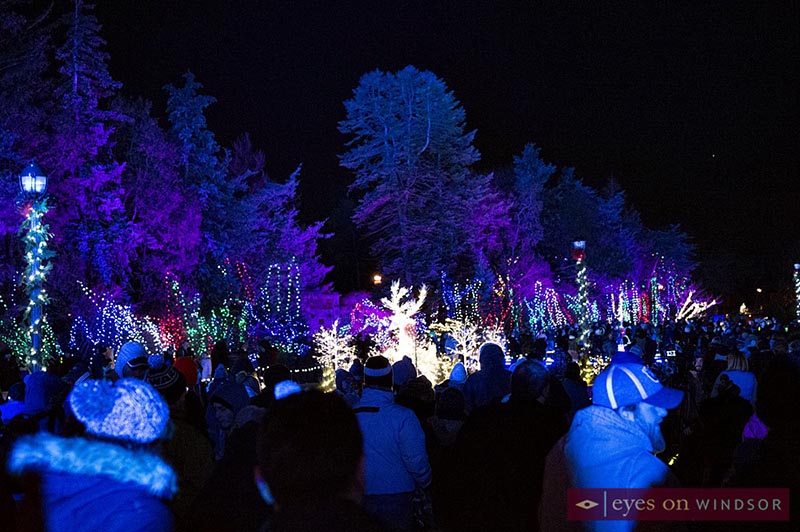