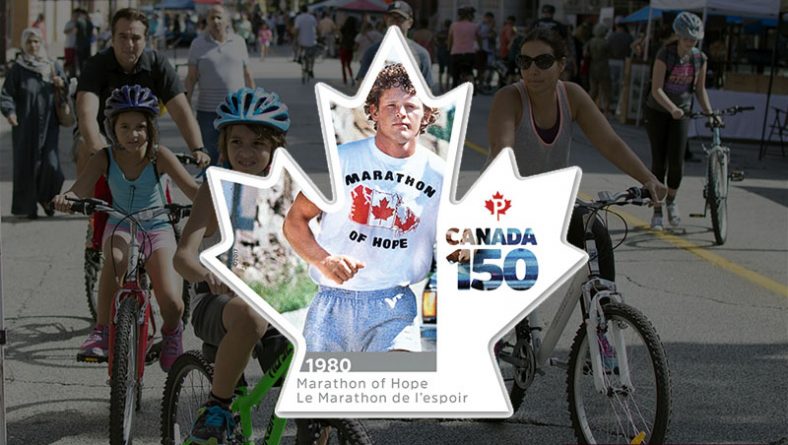 The 37th annual Tecumseh Terry Fox Run takes place Sunday, September 17, 2017, at Green Acres Optimist Park in Tecumseh. Since Terry Fox Day also falls on the same date as Windsor’s Open Streets, Terry Fox will have a presence there too!

The Tecumseh Terry Fox Run Committee is proud to offer 2 opportunities to take in the fun of Terry Fox Day!

Terry Fox has been named as our favourite Canadian Hero, and Canada Post honoured his memory with a Canada 150 stamp earlier this year. To help celebrate the Terry Fox Foundation’s enduring quest to help fund Research and cures for Cancer, it only seemed fitting to give residents of Tecumseh, LaSalle and Windsor, the chance to learn a little more about this great Canadian icon, by setting up 2 destinations this Sunday.

The Tecumseh Terry Fox Run Committee invites cyclists and walkers to stop by the large Terry Fox silhouette and kiosk set up in the Walkerville Hub, in front of the Olde Walkerville Theatre this Sunday, between 10:00 AM and 3:00 PM.

Volunteers will be on hand with activities, brochures and a donation bin that will include a Terry Fox Run pledge sheet, should you wish to receive a tax receipt.

Make sure to bring your selfie stick so that you can take your picture next to Terry’s larger than life size cut-out, while holding a printed version of one of his 7 most famous quotes.

In addition, the final Tecumseh Terry Fox Run Giant Used Book Sale will take place on the Saturday before (September 16) at the St. Clair Shopping Centre.