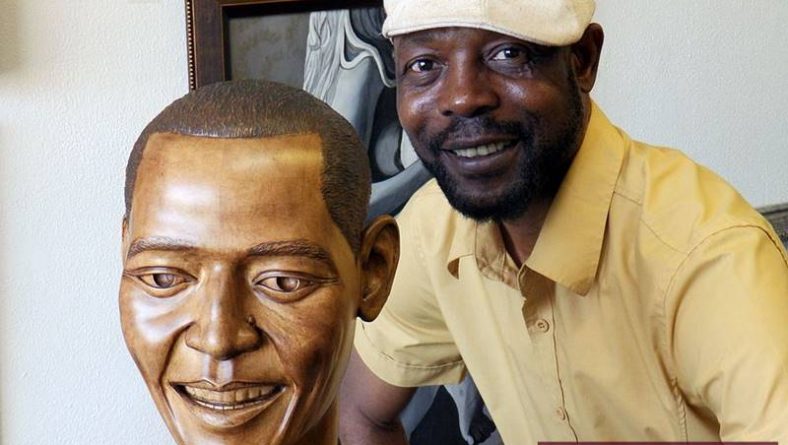 (Old Sandwich artist Jeffrey Gregory poses with his sculpture of former US President Barrack Obama at his Art For Everything Gallery in West Windsor, Ontario. Photo above by Robert Tuomi / Eyes On Windsor.)

In a matter of 600 hours, local mixed media artist Jeffrey Gregory carved a lifelike bust of former US President Barrack Obama. Currently, the polished piece sits in the middle of Art for Everything, Old Sandwich’s newest, and, at the moment, only art gallery. 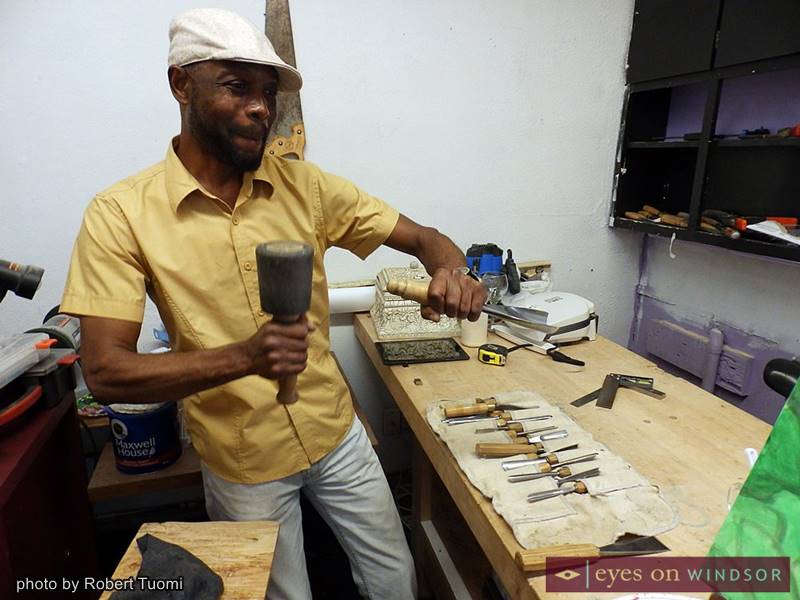 Local artist Jeffrey Gregory shows the brunt force needed to use one of the larger chisels in his woodworking collection at his Art For Everything Gallery in Windsor’s Old Sandwich Town. Photo by Robert Tuomi / Eyes On Windsor.

To create his objets d’art, he has set up a work bench in the back of the gallery. There he relies on an arsenal of varying sizes of chisels to carve out his visions in wood or to hold his other art in progress.

Operating since last September, the new addition to the historic Windsor neighbourhood showcases Gregory’s paintings and sculptures. But that is today. There are plans on his part to expand the gallery with the work of other artists.

Jamaican-born Gregory landed in Windsor in 1990 and has succeeded at earning a living with his art ever since. His first brush with paints and canvas came in his early childhood. 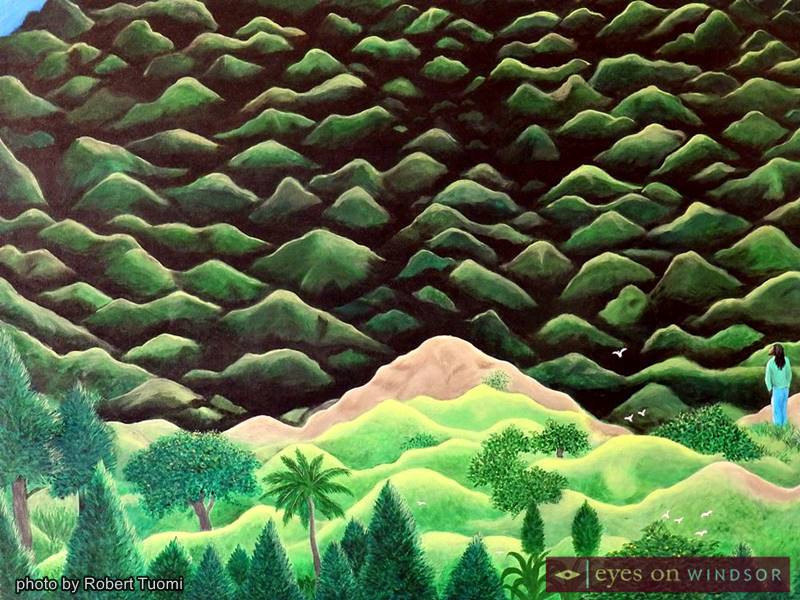 A landscape of a Jamaican mountain, at the Art For Everything Gallery in Windsor’s Old Sandwich Town, is one of Jeffrey Gregory’s personal favourite art works. Photo by Robert Tuomi / Eyes On Windsor.

Despite the fact he has been painting and sculpturing ever since, the modest artist considers his work practice. Indeed, he is unarguably well-practiced in his art if only judging by the growing success of his gallery.

It is hard for him to pinpoint what motivates his switch between his two prime mediums. It seems, he tells Eyes on Windsor, he has periods in which he busies himself with paintings, while at other times, he is knee deep in chiseling away new wooden pieces. 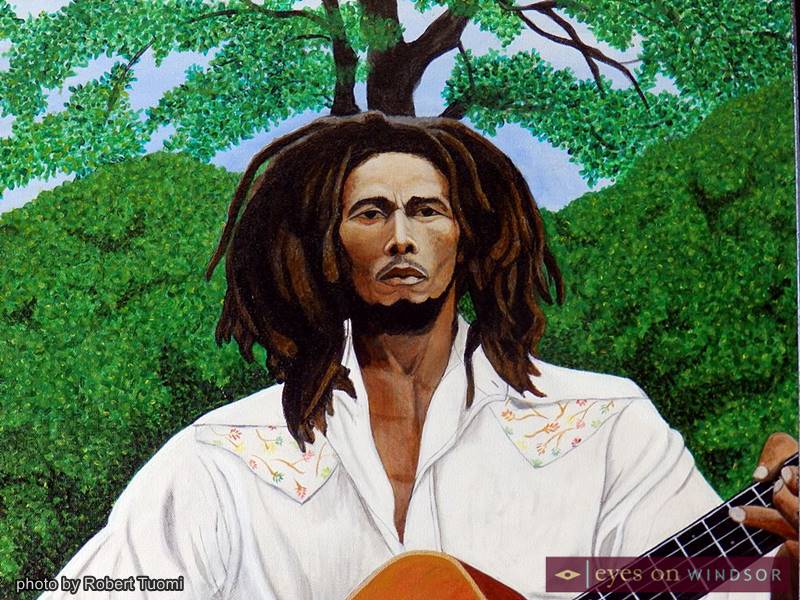 One of Jeffrey Gregory’s paintings at his Art For Everything Gallery in Old Sandwich Town, features famed Jamaican reggae artist Bob Marley. Photo by Robert Tuomi / Eyes On Windsor.

There has been no formal artistic schooling in his past. Instead his remarkable talent has all been a factor of his own efforts, including considerable experimentation with colours and styles, that have formed the foundation of his technical prowess.

Art for Everything is located at 3216 Sandwich Street in Windsor, Ontario’s Sandwich Town.