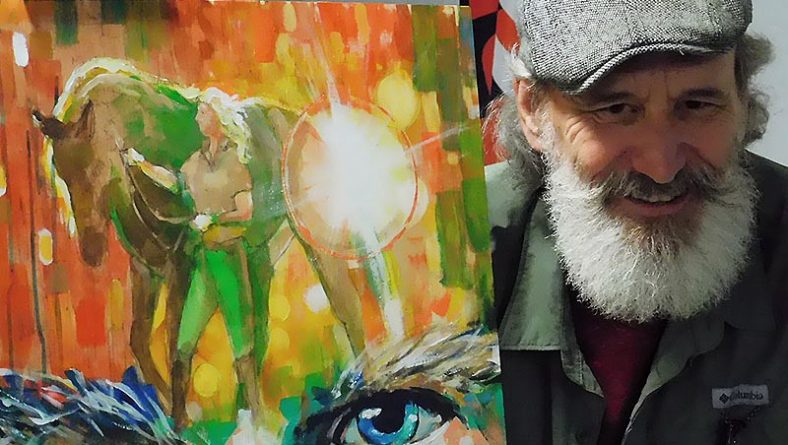 (Artist Phil McLeod with on of his paintings which will be on display during the Festive Fridays event series at Sho Studios in Windsor, Ontario. Photo above by Robert Tuomi / Eyes On Windsor.)

There is some festivity going on at Walkerville’s Sho Art, Spirit and Performance. It will commence what it calls “Festive Fridays,” and will open its doors at 7pm Friday night (Nov. 2nd), at 628 Monmouth Road, to reveal the work of a handful of local artists in a holiday themed environment. The event will continue on the next three Fridays in the month of November.

Visitors will not only see art but also be entertained with live music, poetry and theatre starting at 7:00 pm. They can also browse the studios in Sho’s Artists’ Alley and take a gander at the work of Natural Origins, The Hook Pusher, Owen Swain, Fusion Fiber Arts, Floy Joy and Ring Weavers.

In advance of the festivities, Eyes On Windsor was given a full tour of the facility by artist Phil McLeod. 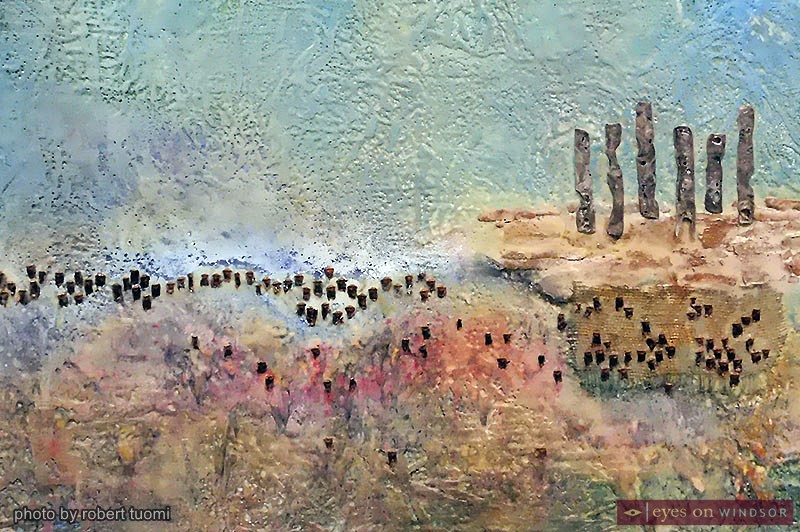 A painting by artist Katherine Roth on display at Sho Studios in Windsor, Ontario. Photo by Robert Tuomi / Eyes On Windsor.

Housed in the historic former Walker Dairy Building, and despite its quiet exterior, much has been going on inside including setting up the new location for Bike Windsor Essex. After being located next to downtown Windsor’s Capitol Theatre, the cycling advocates had to relocate when their space was taken over by the Windsor International Film Festival. Sho’s space will also feature the popular Bike Kitchen where locals can carry out repairs to their rides.

One of the most significant changes underway within Sho’s walls – probably the most significant since it opened in 2012 – is the addition of not only more artist’s studios but also a 100 seat theatre. It will augment, not replace, the current smaller theatre where a number of local playwrights have staged their works. 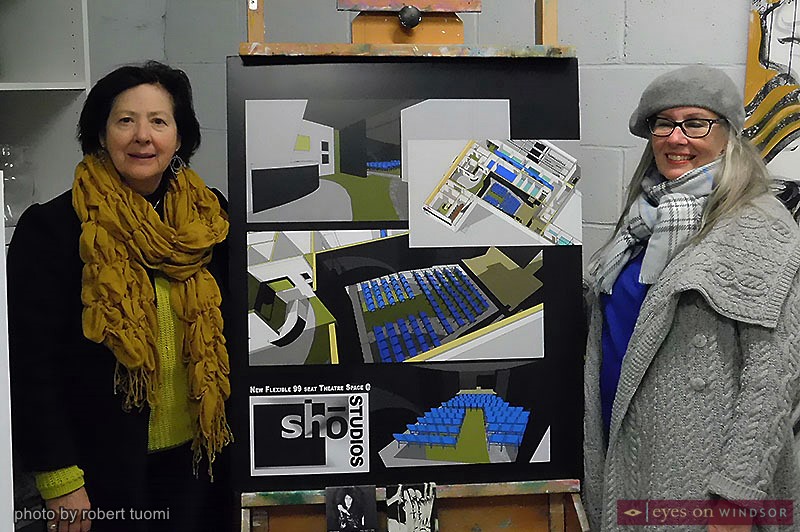 Lorraine Steele (left) and Susan McLeod stand next to a rendering of the layout of Sho Studio’s new 100 seat theatre. Photo by Robert Tuomi / Eyes On Windsor.

If there is a goal for Sho, it is to become the glue that holds together the aspirations of a variety of artists in a place they can share with others. Something McLeod says is definitely needed in the region.

McLeod, a fixture of the local advertising scene until his recent retirement, has quite an association with the building. It was the workplace for his father when it was operated by milk producer Borden’s. And, as things go, Sho has established some lines of collaboration with Windsor’s Accelerator, the Howard Avenue innovation hub for enterprising entrepreneurs who need a professional work space. The Accelerator is, notes McLeod, set in a former dairy as well. 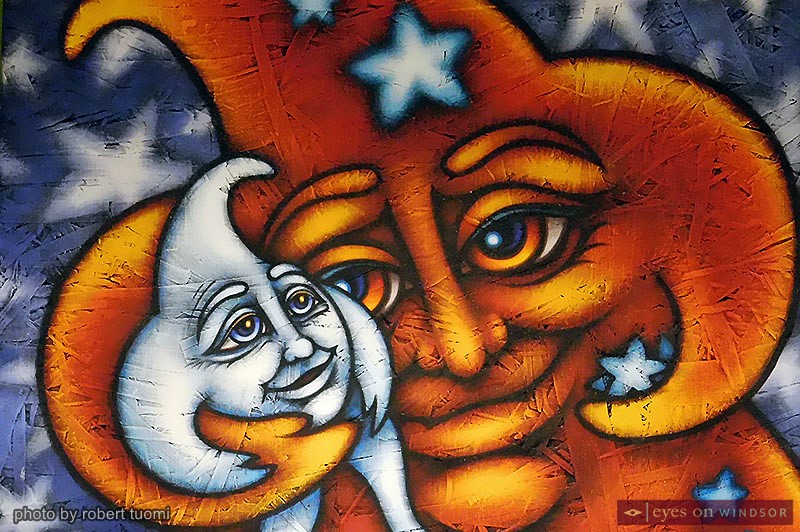 A painting by artist Michelle Angers on display at Sho Studios in Windsor, Ontario. Photo by Robert Tuomi / Eyes On Windsor.