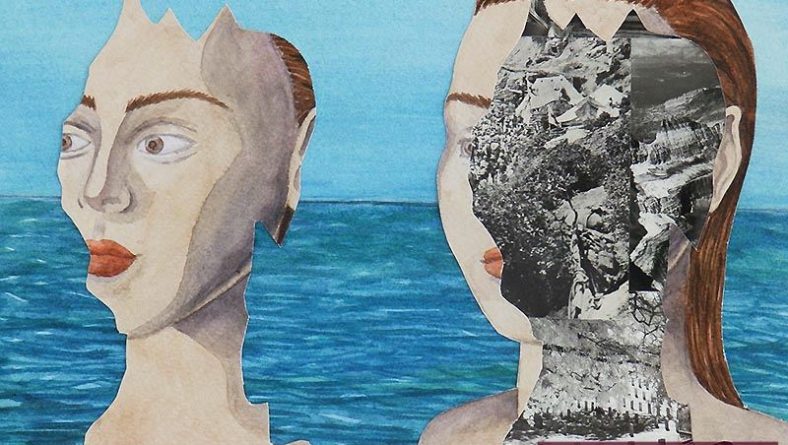 (Mystery is presented abstractly in this art piece, part of the 43 Diverse Dimensions exhibit featuring the works of young artists from Holy Names Catholic High School at Mackenzie Hall. Photo above by Robert Tuomi / Eyes On Windsor.)

Those wondering what’s on the minds of the city’s next generation of artists would do well to visit Mackenzie Hall in Old Sandwich. There. a taste of the work of local student artists from Holy Names Catholic High School is on display. 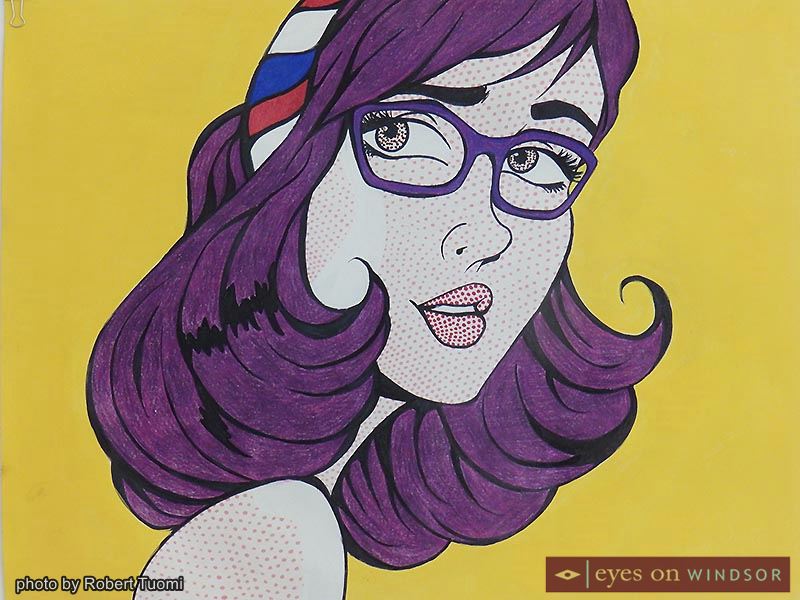 The exhibit, titled “43 Diverse Dimensions,” aptly describes the eclectic imaginations of the newest members of the local art community. Paintings, mostly watercolour and black and white studies, were completed over the past few months by students in either grade 11 or 12. Their range of interests is not only wide and varied, but also reflects considerable talent in execution.

Some of the pieces are unsigned, letting the art speak entirely for itself, although the message may not always be that apparent.

One of the most notable is an abstract featuring two people, one is clearly a woman, against the backdrop of an ocean or a sea or possibly a lake. Both of the subject’s bodies have very jagged edges and one’s internal section is mysteriously partly obscured with a montage of black and white photographs.

No clues are offered as to why the photos were selected. Content is also mixed from a view of rows of almost identical tombstones to a mountainside camp. 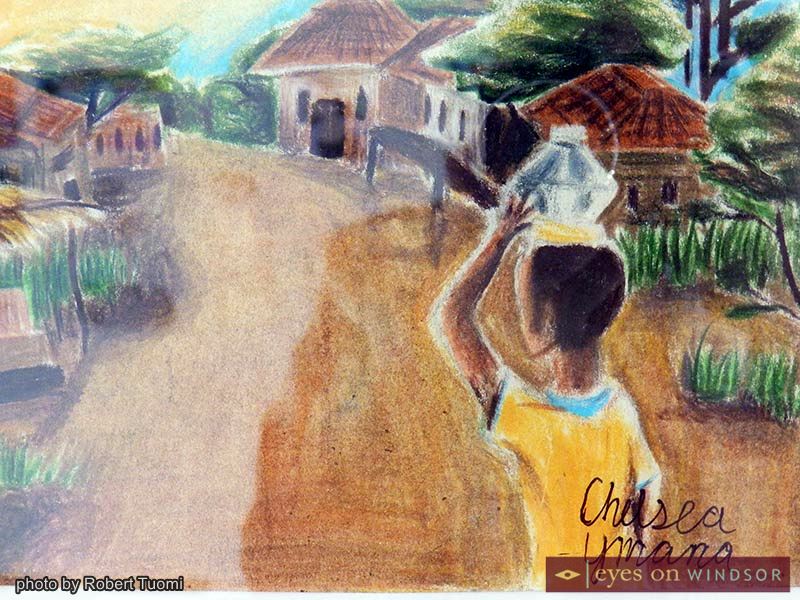 Chelsea Ymana marries two concepts in one painting, this section shows a girl transporting a vessel to a small village. Photo by Robert Tuomi / Eyes On Windsor.

Artist Chelsea Ymana, who is also a cross-country runner, presents art within art. The main matter of her work showcases two young woman facing each other while balancing jugs on their heads. The theme is somewhat repeated, but with additional detail, in the bottom right hand side. In this picture within a painting, a womam is seen transporting a vessel towards a small village.

Student Milly P’s realistic drawing of a rabbit is so lifelike, it appears to watch its viewers. 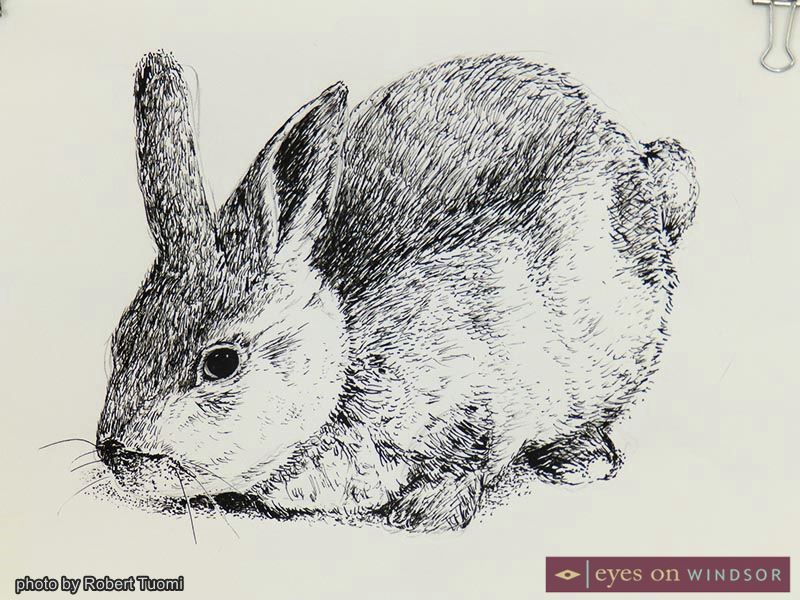 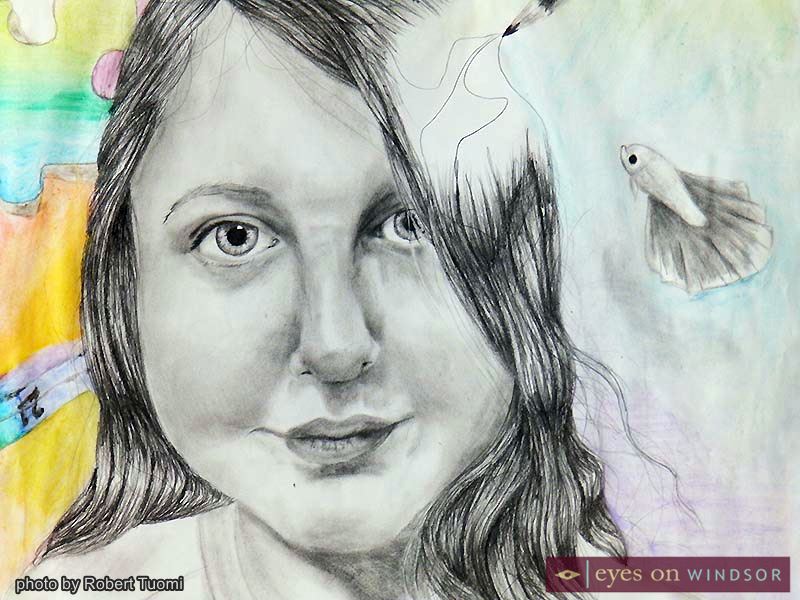 Holy Names Catholic High School student Jocelyne Little presents a fantasy of a young girl and a fish in her art on display at Mackenzie Hall. Photo by Robert Tuomi / Eyes On Windsor.

There is no charge to view the future of local art, but the exhibition will conclude Sunday at 4 pm.

Mackenzie Hall is located at 3277 Sandwich Street in Old Sandwich.